All signs point to Michael Walters being a premium forward in 2020. Will you pay up for him? 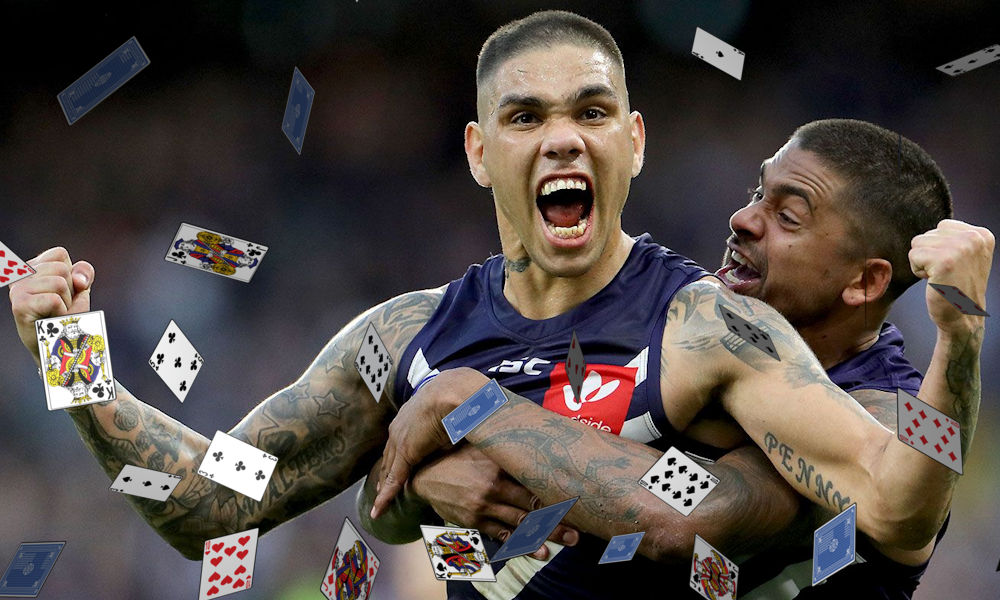 There aren’t many 11th season breakout stories in the AFL, but one could argue that 2019 was the best year of Michael Walters’ footy career. Multiple games were won off his own boot as the Fremantle forward managed to kick 40 goals for the third time in his career to go along with a personal-best 21.8 touches a game. It comes as no surprise to also learn those numbers translated to his best fantasy campaign ever, finishing the year as one of eight forwards with 2,000+ total points.

All those numbers from a year ago are great Fry, but why does that mean I should pick Mick in 2020?

The appointment of Justin Longmuir will lead to plenty of change for the purple army, but if he’s as smart as advertised, he’ll want the ball in Walters’ hands as often as possible. The loss of pacy stars Bradley Hill and Ed Langdon means that Freo will be chasing clean ball users on the outside, which is an area where Walters can excel. David Mundy and Nat Fyfe were the contested possession beasts a year ago, but Walters didn’t mind getting his hands dirty as well (ranking third at Freo for contested possessions in 2019), with a real possibility he can push his disposal numbers even higher in the upcoming season.

I can’t see Walters being buried inside 50 for the Dockers, but if he is, he’s no stranger to big scores fuelled by scoreboard impact. Look no further than his Round 13 clash with Port Adelaide where Walters scored a career-best 143 fantasy points with six goals to his name. During the second and fourth period’s Walters spent a good chunk of time up forward, where he managed to kick five of his six majors and pile up 98 of his 143 points.

If what you’ve read so far entices you be prepared to pay up for Freo’s stud. There are only four forward’s that cost more than Walters to start the year, however, with a lack of clear-cut stars in that line picking him could help you get a leg-up on the rest of the competition if he does slot into a fantasy-friendly role as we all presume.

22 games of excellence have made Michael Walters a relevant option, yet his fantasy history doesn’t do him any favours. Granted, in years past Walters has spent more time in front of the big sticks for the Dockers, but you have to go all the back to 2013 to find his second-best fantasy season when he posted an average of 82.1 points.

I think the player we saw last season is closer to the one who will reappear next season, but there are no guarantees. There is plenty of youth that the Dockers will want to rotate through the middle of the ground, which could hurt Walters’ fantasy numbers. Having spent heavy draft capital on the likes of Adam Cerra, Caleb Serong, Luke Valente, Brett Bewley and Andrew Brayshaw in the past few years, Longmuir and Co will be looking at the big picture for the club. This could see Walters, who turned 29 earlier this week, being forced out of the middle in an effort to preserve his body, potentially allowing him to still be a goal-kicking force in few seasons when Freo may be in the hunt for a flag.

Goalkicking has long been an Achilles heel of the Dockers and there is a chance that Walters will reside inside-50 for most of the season in an effort to find more firepower. He is probably the most consistent weapon Freo has, with Walters already second on Fremantle’s all-time goalkicking list despite playing just 151 games to date. Obviously, if the WA dynamo isn’t given a chance to rack up 20+ touches a game, his fantasy scores will take a hit, even if he can kick a few bags.

The combination of role inconsistency and a lack of noteworthy fantasy seasons in the past will force some to stay away from Walters and the dreaded injury bug has already flirted with him this offseason too. Fremantle played down the fears over his fitness when Walters apparently suffered a foot sprain a month ago, but I’ll still be watching his progress closely when Freo hits the track at Cockburn next week. If he does look underdone as Round 1 draws nearer, or we’re informed he’ll stay closer to goal in 2020 it’s probably wise to start without Walters.

While nearly $700K sounds like a lot to cough up for Michael Walters, he is sandwiched between the likes of Jacob Hopper and Nic Newman, suddenly making his price tag sound much more affordable. However, while Walters offers plenty of pluses, I can’t see him pushing his scoring average up by 10 or more points thanks to his premier ability in front of the sticks. I do have faith that Walters will put up his second season averaging 90+ with a real chance he finishes the year as a top-5 FWD, but I view Walters as an upgrade target instead of a starting option.