Does the new Cat get midfield minutes again? 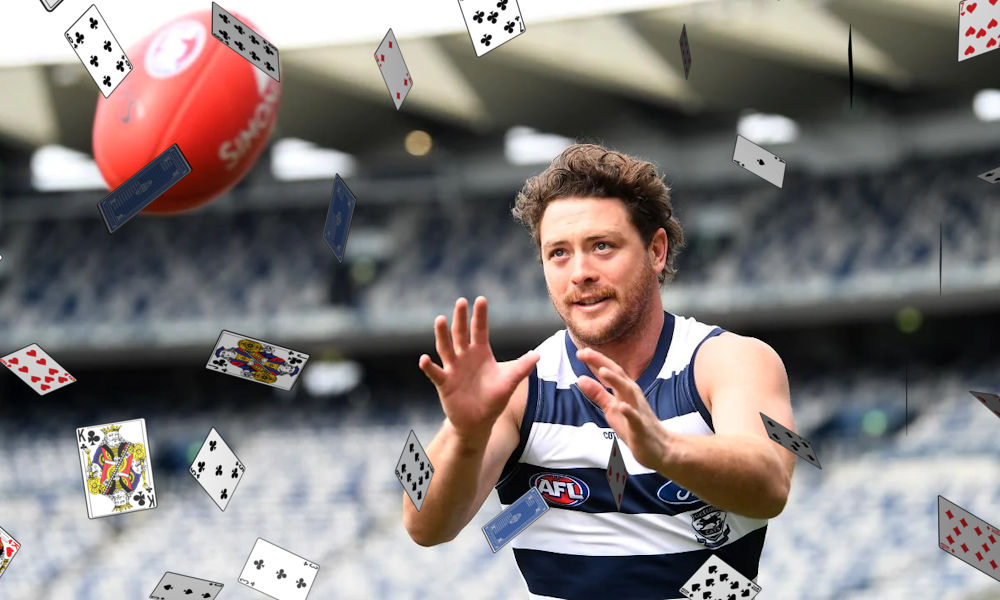 Jack Steven’s averages from the years before last tell a pretty impressive tale on their own.

Priced at an average of 88 that alone would suggest he’s coming into this season underpriced. Is he still that player though?

In his come back game last year from a lengthy mid season lay off Steven scored 105 points even while carrying by his own admission ‘a few extra kilos’. Trimmed down again and tearing up the preseason track in new club colours, Steven looks set to slot into the Tim Kelly shaped hole left in Geelongs midfield, we can only hope he’ll also be taking Kelly’s share of the points!

With Greene and Walters both looking set for less midfield time this season, if Steven gets that midfield role at Geelong we could be looking at a top 5 forward by the end of the year.

Steven enters this season as a 30 year old fighting for a place in Geelongs midfield. While Tim Kelly leaving should open up a position, the Cats still have an eye towards youth while chasing a flag for its ageing list.

Young players liked Constable have been starved of opportunity while putting up great numbers in the VFL and Geelong knows if they don’t give them game time soon they could risk having them poached by other clubs. While I don’t think Steven will be dropped to the VFL I think he has more to offer as a forward than Constable, meaning if he plays more forward time we aren’t sure what type of scores he’ll put up.

Being priced at 88 is really only value if he is playing in and around the ball, if he spends more time forward than midfield he may end up losing cash.

If Steven gets that midfield time I have no doubt he’ll be a top 5 forward by the end of the season. If he doesn’t get it I’ll be banking on the fact that Gary Ablett Jnr played predominately in the same forward line last year and averaged 88.7. The points are there if he wants them!