The smell of bacon is fresh in the air, so how has Calvin ranked the big boys this week. 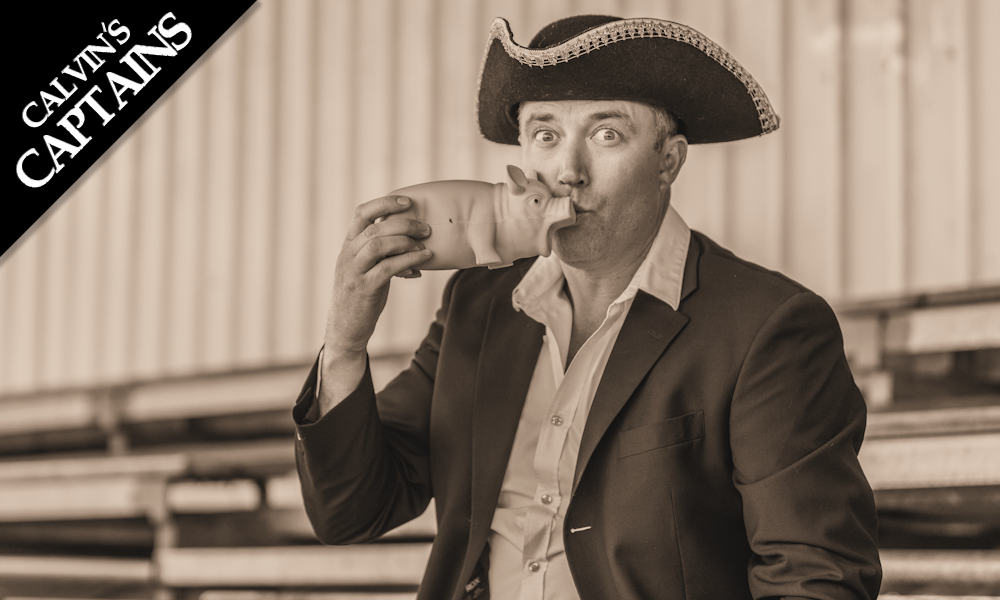 Welcome back you bloody legends. I got out of jail last week didn’t I? A last minute change to my top 10 order and it nailed as the highest scorer for the round in Brodie Grundy and his 181.

It’s just weeks to Fantasy Finals and while captain selection might be starting to come a little predictable (so people say), it also opens up people who are maybe chasing the car or a hat to steer away from the predictability and chase unique options. You just never know.

Calvin and Grundy. Two pigs. One for his ability to play footy and the other is just a pig. #AFLFantasy ? https://t.co/NmIjP09Jav

It’s a no brainer isn’t it? But to help you sleep easy tonight, this is why you are locking in the ruckpig with confidence.

He scored 181 last week and did things like a pig. Grabbing the ball out of the ruck contest for a kick. Laid nine tackles and even snagged a 65m goal. A true Pig!

Now, let’s look at his last scores against Richmond: 112, 134, 147, 115 and 123. Ultra-impressive, but it’s worth noting though that all those score are against Nankervis, which means he’s actually never played against Soldo.

Nankervis might be back this week, but after a 9-week lay off with injury, the big Nank only played half a game in the VFL last week. Will they rush back an underdone Nank? I think they might. If they do, it won’t bother our pig in the slightest.

MONEYBALL ALERT: In their last four meetings, Nankervis has been the top scorer for Richmond on three occasions and ranked third in the other game. Soldo may be a nice FLEX option here as Grundy appears to go off and does his own thing. JOIN HERE

Dunkley is ranked #1 on form averaging 144 in his last three after pumping out 123 (38d) last week. He carries a lowest score now of 118 in his last eight and is averaging 139 at Marvel in his last seven .

This guy is in some serious form. Only posted 82 on the Dockers earlier this year, but things have changed dramatically since then.

North Melbourne are the EASIEST team for midfielders to score against since round 12 and during that time they have given up 6×120+ score with three of those over 140.

Gaff averages 117 at home this year and in the last two times he has played the Roos, he has played them away for scores of 83 and 144. Despite not scoring over 120 in his last six games, he will be huge here.

Coming off scores of 126 and 114, Merrett is heating up. He meets the #5 easiest team for midfielders since round 12 and will give them a bath like he did last year when he smashed them for 138.

No Kelly and No Cog – then that’s no worries. This man thrives in a time of need and posted 145 last week. He is averaging 118 in his last three games and heads south to Adelaide where he has already scored a nice 139 this year. Kelly is 2wks away and Cogs is 7wks, he’ll be huge for a lot longer by the seems of it.

Macrae has struggled against the Dockers in the past with 91 and 99, but should fix that up this week at a ground he averages 134 at in his last five. He had 132 last week and now has a lowest score of 106 in his las six games this year. No reason at all

Geelong are tough for defenders, but Lloyd has got it done in the past with scores of 129, 126 and 120. Daniel Howe (10m) came off the half-back for the Hawks last week against them which paints a nice picture for Lloyd here.

Since returning, Lachie has scored 109 and 117. He had a solid 114 when he met the Crows in Adelaide earlier this year and should be fine for another 115+.

130 and 128 are his last two scores and even though Carlton have been much tougher in recent weeks to score against, Brad has posted 131 and 113 on them in his last two games which both happened to be at the MCG. Miller (143), Fiorini (125) and MacPherson (122) all had a day out last week against the Blues and so will Brad (the better brother).

Tough match-up and has only scored 90 and 91 since his massive 150. Tipping for that to chance at home where he was averaging 127 from six games prior to his 91. Collingwood lost by 47 last week and still hit the Fantasy score board against the Giants. Adams (111), Treloar (111) and Pendles (109) all scored reasonably well.

Adam Treloar v Richmond @ the MCG – 111 and 121 in his last two games and even posted a game-high 152 on the Tigers in round two. Like him, but this Taylor Adams “Factor” needs to be treated carefully, especially with captaincy. Need more data.

Dusty Martin v Collingwood @ the MCG – 59 in round two against the Pies. Highest of 100 in his last five against them.

Lachie Neale v Hawthorn @ UTas – 97 this year on the Hawks, one of his worst teams to play.

Dayne Zorko v Hawthorn @ UTas – Only managed 80 on the Hawks this year. However, they sits at #2 easiest for midfielders since round 12.

Patrick Cripps v Adelaide @ the MCG – He is sore, and showed it for his 55 last week (Blues third worst scorer) after 18 in the first half. 120 and 82 his last two v Adelaide.

Matt Crouch v Carlton @ the MCG – 95 and 106 are his last two scores against the Blues and his form hasn’t really lifted as he carries a highest score of just 105 in his last five games.

Jack Billings v Melbourne @ MRVL – #11 on my list and will be huge against a team giving up plenty. Billings is now averaging 117 in his last three.

Rowan Marshall v Melbourne @ MRVL – No one has scored over 100 against Max this year, and when Marshall tried he was monstered for just 53, a season low. He’s more confident now but it’s still a tough ask.

Lachie Hunter v Fremantle @ MRVL – 122 and 114 are his last scores against the Dockers, but his 74 last week reminded us not to get too carried away.

Tim Kelly v Sydney @ the SCG – Ryan Clarke is back and tagging. Will go to Kelly I’m tipping. I’m also tipping he’ll be departing Roy’s Rolling-22 this week as well.

Mitch Duncan v Sydney @ the SCG – 82 this year when he played the Swans. Could be anything as we know.