With a massive finish to 2018, is Dunkley a sure thing to be a top FWD? 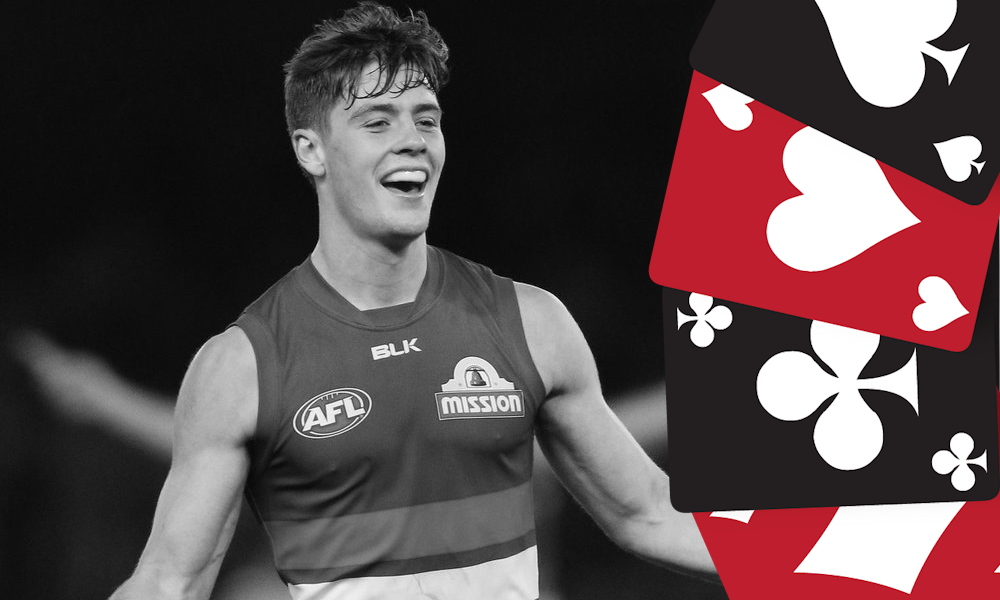 Dunkley is coming off of a career best year but it was not without it’s ups and downs, all of which I believe has left Dunkley at a bargain price we can’t ignore. Playing his first few seasons as a pressure forward, Dunkley came into 2018 playing the same role again. However injury and circumstance forced the Bulldogs to start experimenting and Dunkley found himself splitting time between the forward line and pinch hitting in the ruck before being dropped back to the VFL after 9 games. Dunkley averaged 81.5 those first 9 weeks.

After 3 weeks playing in the VFL, Dunkley earned his recall to the senior side and lined up at Half Forward against the Kangaroos before being asked to run with Higgins for the remainder of the game. This was a massive turning point for Dunkley as he was then given the same role the following weeks on Joel Selwood and Tom Mitchell.

As evidenced from those games, Dunkley (who played predominately as an inside midfielder in his junior years) has the traits required to have a very strong fantasy game. He reads the ball very well from the ruck tap which leads to him either getting first hands on the ball or tackling the opposition player who receives it. Dunkley has developed his tank over the years allowing him now to spread from the contest and use his height and strong overhead marking ability to be an option around the ground. He hits the scoreboard most games (however can be inaccurate) but gets himself into scoring positions often.

Finally Dunkley was let off the leash as a ball winning mid and the results speak for themselves. Dunkley averaged a whopping 108.6 during his last 10 games getting midfield time with 5 games over 110, including a career high 132.

Being able to select a player with this potential in your forward line is an absolute gift!

While there aren’t many reasons not to start Dunkley next year, I believe the biggest reason is one to monitor very closely. The concern would be his reliance on midfield time to score well. As mentioned above, the difference between an 81 point average as a fwd/mid and a 108 point average as pure mid is quite stark. To start Dunkley priced at his 95 average you’ll be hoping for the latter opposed to the former.

While he relished his role as a midfielder once he had his chance, he’d effectively taken Toby McLean’s midfield time to get his chance which (especially if you were a McLean owner at the time) you’d remember forced McLean back into the forward line more often.

Dunkley’s spot in that midfield rotation isn’t as solid as we’d like it to be. Midfield places were already hotly contested at the kennel with Bontempelli, Macrae, Wallis, Hunter, McLean, Daniel, Greene, Honeychurch, Jong, Richards and Lipinski all rotating through last year.

Add to this mix now the returning Tom Liberatore having a point to prove and highly touted midfield draftees Bailey Smith and Rhylee West also looking to earn a spot in this midfield, even if Dunkley starts the year at centre bounces, he’ll need to be perfect to hold his place throughout the season.

JACK – Dunkley could honestly be anything this year. While we can only hope he did enough at the end of last year to cement his place in the midfield we just won’t know for sure where he stands in the Dogs pecking order when selecting our teams. For myself, I believe his upside could be worth the punt. I’ll be watching him closely throughout the preseason competition and if he’s attending more centre bounces than not, I’ll be locking him into my forward line!