Chad Wingard Aiming to Prove Himself at Hawthorn

Wingard signs a five-year deal with the Hawks. 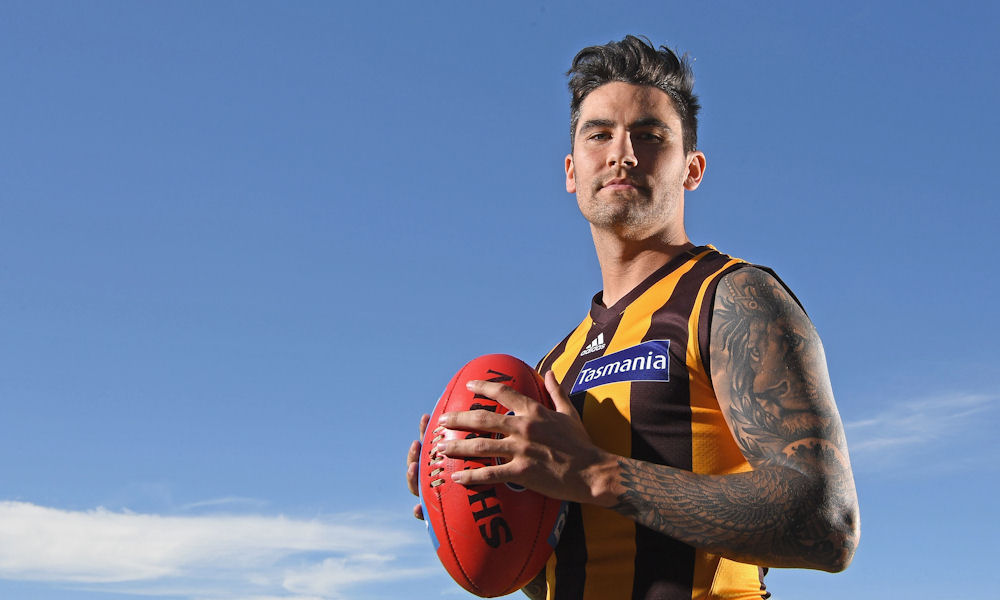 Chad Wingard is considered to be a household name by the majority of AFL fans and 25-year old has enjoyed a long and largely illustrious association with Port Adelaide. However, the Murray Bridge-born forward has been traded this month after a largely frustrating campaign in South Australia. He joins Hawthorn on a five-year deal and he is hoping that this fresh start will offer him the opportunity to get back to his imperious best.

It was no secret that Wingard’s preferred destination was Hawthorn and the wantaway star saw his wish granted in October and will be turning out in brown and gold next season. Following an exit meeting with Port Adelaide coach Ken Hinckley, both parties agreed that his time with the Power had run its course although Wingard insisted that there was never any bad blood between the pair.

Wingard spent seven successful years at the club and leaves the Alberton Oval with plenty of happy memories. 2015 proved to be his standout season with 53 goals to his name including at least one in each of the opening 23 games of the AFL season. It was an incredible achievement for a player who was still establishing himself at this level and it’s a period which will be fondly remembered by Power fans. He is also a two-time All Australian although his attitude has often been an issue. A cryptic Instagram post is believed to have left club officials “furious” and the hierarchy were reportedly unhappy with Wingard’s claim that “You’ll hear my side of the story when the time is right…”. At the time of his post, the club hadn’t opened talks with the player about his future and were understandably angered by his activities on social media.

Wingard is relishing the challenge that awaits him. Hawthorn enjoyed a decent 2018, finishing fourth in the final AFL ladder and amassing an impressive 60 points. They also won each of their last five matches and the addition of Wingard gives them an extra option next season. They are priced at 4.00 in the Aussie Rules betting odds to finish in the top four in 2019 and many expect to see them carry their momentum into the next year’s campaign.

He spoke to several clubs before opting to join the Hawks admitting that he “felt valued” by them. He is looking forward to the “new challenge” and is hoping that the trade can “revitalise” him. He kicked just 22 goals in 2018 and will be hoping for a better return next year. He admitted that he struggled at times but reaffirmed that he still has the “…the drive to be competitive and play the best footy…”

Hawthorn fans will be hoping that Alastair Clarkson can continue his excellent record of improving underperforming players at the club. Many have tipped Wingard to rediscover his best form under the coaches’ stewardship and fans are understandably excited to see what the 24-year old can bring to the table. He has been switching between the midfield and the forward line over the past six months but if he can find a settled position in the side, he could be a huge asset next season.