Nic takes a look at the BBL Fantasy keepers in a short-sharp Deck of DT style article. 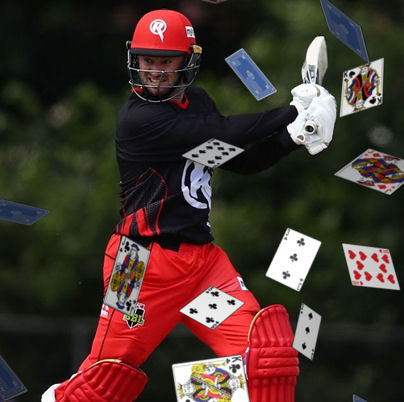 For the sake of simplicity, players in the test team will not be looked at.

Dunk’s price tag is a little too hefty for my liking, especially given the value elsewhere in this position, but he should open the batting for the Stars and has previous form on his side. There’s a strong chance he’ll be the Stars’ top scoring batsman.

Whether Buttler opens the batting for the Thunder or not, he is without doubt the ace of the wicketkeepers in BBL07 and should be the Thunder’s best batsman.

McDermott won’t take the gloves for the Hurricanes with Matthew Wade in the side, but last season showed us what this guy is capable of when he goes off. He could be hit or miss though.

Ludeman could open the batting for the Renegades or he could bat at seven if they want to go with Marcus Harris. His value entirely depends on the decision they make.

Wade may not score as well as the other aces on this list, but at that price, he is ridiculous value. He should open the batting for the Hurricanes after being traded by the Renegades.

Peirson is in the same position as Ludeman. He’s opened the batting for the Heat in the past, but will they go with him or Renshaw? Either way he’s a decent option, but nothing spectacular.

Now that he’s been replaced by Marsh in the test team, Handscomb should be free to go for the Stars and will probably bat at five. It’s likely he’ll take the gloves too. At that price, he’s a very tasty option.

Carey should open the batting for the Strikers unless they want to drastically change things up. He seems as obvious a bench option as there is in all of BBL Fantasy.

Nevill is a big name player, but he’ll probably bat at seven for the Sixers – or even potentially lower if they go to pinch hitters early. He’ll keep for them, but don’t expect him to bat much.

See: Aiden Blizzard. Lenton’s value entirely rests on whether he gets the opening batting job for the Thunder. He won’t keep with Buttler in the side you’d imagine.

Inglis gets the wicketkeeping job for the Scorchers with Whiteman injured and Bancroft busy, but he’ll probably bat at seven and so I’d look elsewhere.