Forget Christmas, the return of the Big Bash League is just around the corner and that means it’s time to get into the BBL Fantasy analysis. Today it’s the underpriced. 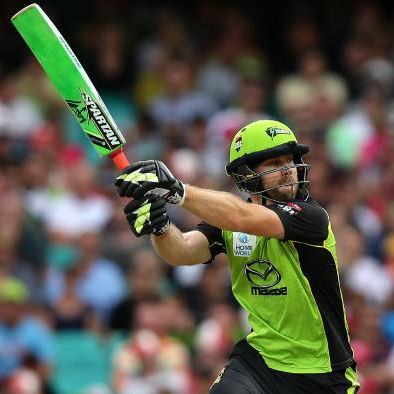 Forget Christmas, the return of the Big Bash League is just around the corner and that means it’s time to get into the BBL Fantasy analysis.

Here we’ll be looking at the underpriced priced players who you should be strongly considering for your team.

The BBL Fantasy pricing system has always been a little strange and this year there are a few tantalising prospects just waiting to become your cash cows.

I’ll keep this part short as I will be doing a separate article on players to avoid, but you won’t find Adam Voges ($30,000) on this list, which will probably surprise a few of you. The veteran probably seems like a lock at that price tag, but there’s a fair chance he won’t be in the Scorchers’ best XI unless they lose a few more names to international selection. Even IF Voges makes the team, it wouldn’t be surprising to see him batting deep in the order like he did last season, so keep your distance.

Peter Nevill ($30,000) is another big name player not on this list, simply because he will probably bat quite deep in the Sixers’ batting order and isn’t explosive enough to make quick runs.

Finally, as a general rule, just avoid anyone who has any connection to the international teams, so Cameron Bancroft ($30,000) and Peter Handscomb ($33,300) should definitely not be in your team.

Carey will come into BBL07 as the Strikers’ wicketkeeper and on top of that, it’s reasonable to assume he’ll open the batting for them as well. Any opening batsman at this price should be high on your radars. Time is the biggest enemy of this competition and players who have the opportunity to spend more time in the middle have a naturally higher ceiling than those lower down the order. Carey should slot in nicely as your wicketkeeping bench option … or your starter, if you’re a little more adventurous!

The former Australian opener has been set free from the test squad and this means he will likely open the batting for the Brisbane Heat this summer. Given his reputation in test cricket as a player who likes his defensive strokes, it’ll be interesting to see how he translates to the T20 format as he doesn’t have any prior BBL experience. Despite that, he’s a pretty safe bench batsman to start the season.

The Brisbane Heat have a smorgasbord of fast bowling options behind Ben Cutting and Mark Steketee that don’t exactly fill you with an overabundance of confidence, but Valente is probably the pick of the bunch at this stage. This isn’t a safe pick as the Heat could just as easily go with Cam Gannon ($30,000), Josh Lalor ($30,000) or Brendan Doggett ($20,000), but he’ll save you some cash. There isn’t much security here though.

Matthew Wade was traded by the Melbourne Renegades to Hobart quite recently and with Tim Paine on international duties and Ben Dunk leaving the Hurricanes, Wade is about as easy a pick-up as you’ll get in BBL Fantasy. That price tag is well below his actual worth and he should open the batting for them alongside D’Arcy Short ($67,100). The only reason not to pick Wade is if you want to be different and go for a more unique option – which is fair enough.

This is T20 cricket. James Faulkner used to run this town. Do you remember in BBL01 when Faulkner got Chris Gayle out for next to nothing in the Stars’ first ever match and announced himself? I do. BBL07 is a revenge tour for The Finisher and at $62,000, surely he gets back on track and returns to short form glory.

The Stars desperately missed the Duke last year and getting him back in this side helps give them arguably the strongest batting depth of any side. Hastings is an elite T20 bowler and should easily perform at a level that raises his price.

Cartwright should bat in the top order for the Scorchers and may get a few overs as well depending on the condition of the game. I wouldn’t be relying on him as an all-rounder as the Scorchers have a plethora of bowling options, especially if Mitch Marsh is available. At the rookie pricing though, Cartwright is a pretty handy player and as long as the Scorchers don’t shift him down the order, he’s a good bench option.

Nathan Coulter-Nile and Jason Behrendorff are – shockingly – injured again this season and this opens the door for the very talented Joel Paris. Paris had his own injury issues last season, but will now get a major opportunity as part of this Scorchers bowling attack. Give it a game or two, but I think he could be good enough to start on your field and save you some money.

Blizzard seems like the player that will open the batting for the Thunder at this stage and if that’s the case, he’s a lock given the price tag. I’d be a little cautious however as they could easily go with Kurtis Patterson to open with Shane Watson. We’ll have to wait and see. Blizzard is a proven commodity at BBL level and should be a handy cash cow if he opens.

Sandhu used to be touted as a potential next big thing in Australian fast bowling, but his BBL06 campaign was putrid. Sandhu was regularly dropped by the Thunder and never looked like having an impact. Because of that, he’s priced at $30,000 and IF he can find the form he showed in earlier competitions, he may just become someone worth considering again.

So those are 10 underpriced players you should definitely be considering to help fill out your team. Hit me up on Twitter (@NicNegrepontis) or comment below if you have any questions! BBL Fantasy Final Round Preview
BBL Fantasy: Players you should be avoiding