Downgrade options are not as obvious as they seem so make sure you read Jeppa’s take on the latest rookie options at our disposal. With fantasy finals around the corner, you don’t want to miss this. 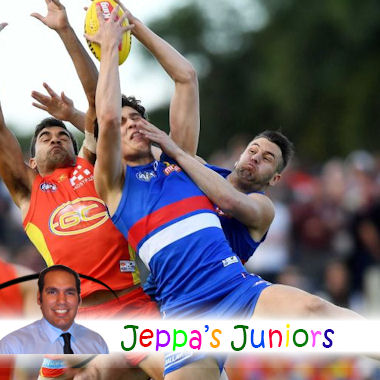 It’s about this time every year where rooks get a run for sides out of the finals race. Gold Coast, Carlton, North and Brisbane are looking to 2018 with the Pies, Dockers and Hawks hanging on by a thread. Picking the quality juniors amongst these teams is critical as we approach Fantasy finals. Check out my comments below for all your rookie needs and feel free to leave a question for me to answer.

Josh Williams (Fwd/Mid. $195,000, 12 be AF. $125,300 DT) came in late for Robbie Tarrant and with limited mental preparation was still very serviceable. Williams suits the modern game with his pace and explosiveness and he ended the match with 7 kicks, 7 handballs, 3 tackles, 1 goal and 65 Fantasy points. Opportunities are likely for Williams amongst the rebuilding Kangas so he’s a safe pick and he’ll give the Fantasy scores a good nudge too. Note his dual position status.

Irishman Conor Glass (Def/Mid. $167,000, 5 be AF. $125,300 DT) didn’t die wondering in his AFL debut. Composed at half back, Glass finished with 15 possessions, 5 marks, 2 tackles and 63 Fantasy points. His pace and composure will see him in the seniors for at least a couple of weeks but his ceiling is low. Fantasy coaches should note his dual position status…flexibility late in the season is invaluable.

Cedric Cox (Def. $239,000, 13 be AF. $191,900, -21 be DT) played the best game of his short career last weekend. Switching between half back and half forward he finished with 7 kicks, 11 handballs, 4 marks, 5 tackles, one ripper goal and 82 Fantasy points. Confidence is a beautiful thing but I’m not a fan of spending a premium for rooks at this stage of the season but you could take a punt on Cox in Dreamteam if you so desired. Will Setterfield (Mid. $254,000, 27 be AF. $201,800 DT) is another expensive rook and he was awesome on debut for the Giants. A star of the future, Setterfield played in the midfield and was on fire early. Running out of puff in the second half he ended up with 12 touches, 3 marks, 6 tackles and 70 Fantasy points at the final siren. Coniglio comes back in this week for GWS so his midfield role might be reduced. You’re paying extra for quality but like I said before, you should be maximising your earnings at this stage of the game.

With Hawthorn in a rebuilding phase, Harry Morrison (Def. $150,000, 28 be AF. $125,300 DT) is next in line to make his debut for the brown and gold. A running defender, Morrison can rack up the possessions proven by his 30 disposal, 7 mark, 11 tackle and 143 Fantasy point effort in the VFL last week. Coaches should note that he’s averaged 93 Fantasy points in the magoos this season. Clarkson flagged he was close to a debut in Round 18 (source) and given the Hawks 6-day break coming back from Perth, I’m forecasting that Morrison comes in for Round 19. He’s cheap as chips.

Brandon White (Mid. $182,000, 34 be AF. $237,300 DT) is likely replacement for Joey Montagna who is out for an extended period. The Dandenong Stingrays product is another half back with a big left foot and he’s shown enough to warrant selection. White will be solid but not amazing and I’m estimating a Fantasy average of around 60. Consider.

If Partington comes in, do we grab him over Glass

Nope. Stick with Glass or Morrison from the Hawks.

How long do you think Conor Glass can stay in the Hawks' side? Is he a legitimate downgrade option this week?

I reckon he’s good for at least two more games but if his form drops off this Friday night then like any player he’ll get the axe. Back him in.

Bank the cash but look to Williams, Glass or Morrison instead of Partington (assuming you already have Lewis Young).