Roy puts a Port player in his best 22 while Calvin and Warnie are trading Rocky. It’s the silly season! 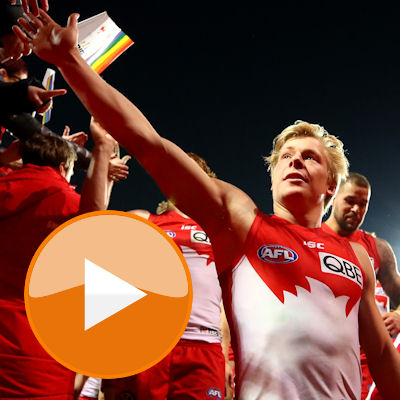 Fantasy footy can be a guessing game. You can use the past to help you make decisions on what will happen in the future, but we don’t always have a crystal ball to predict what will happen this week or a few weeks down the track.

That hasn’t stopped Roy putting together his best 22 for the last few rounds.

The coach of destROY has looked at the top players per position and has made a call on who have been the best of late and who is likely to keep it going for the remaining five rounds.

In defence, Sam Docherty and Taylor Adams quite easily sit in at one and two, but new DEF/MID Connor Blakely also gets a gig with his excellent late season form. Kade Simpson and Rory Laird have been consistent throughout the season with Michael Hibberd showing some great form to round out the back six.

The midfield picks itself.

Tom Mitchell, Patrick Dangerfield and Zach Merrett are the big three that are must-haves. Josh Kelly has enjoyed a stellar season and we can purchase him in Fantasy for much less than he may be offered in a couple of months when it comes to the trade period. Dustin Martin, Bryce Gibbs and Marc Murphy have rarely put a foot wrong. Brad Ebert, who is often seen as a first half of a season specialist, is among a group of players you could throw a blanket over the be among the best for the next month.

The best ruckman, and bargain buy at the start of the season, Matthew Kreuzer is a safe option in the ruck line while Brodie Grundy, sans Mason Cox in the side, slots in at number two.

The Traders discuss Roy’s best 22 on this week’s episode of the Official AFL Fantasy Podcast and name up some other players in the mix.