It was great output from the rooks in Round 16 but most coaches are looking towards the next wave of must haves. Don’t miss what Jeppa has to say about those that matter ahead of another all-important week of trading. 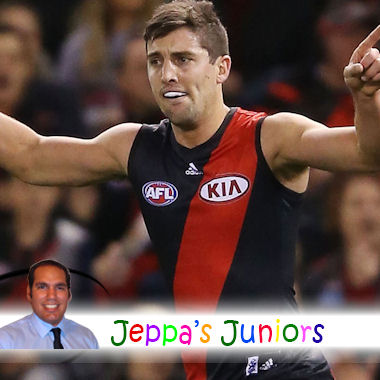 At this stage of the game it’s about the dollars. Generating cash has been extremely difficult all season but it’s around this time of year where a few fresh faces gain opportunities for teams that can’t make finals. You need to be bringing in the cheap rooks, take some risks and start to throw away your D8, M10 and F8 positions.

It took him a while to get going but David Myers (Mid. $307,000, 32 be AF. $284,200, 17 be DT) is finally hitting his straps. Looking far more confident, his second and third efforts were noticeable and he finished with 31 possessions and 103 Fantasy points against the Pies. He’s perfect back up for your midfield.

Don’t get too excited by Ryan Nyhuis (Def. $168,000, 2 be AF. $125,300 DT) in a Fantasy sense. Sure, he kicked 4 goals on debut but that only equated to 67 Fantasy points. His role was to lock down Robbie Tarrant and not so much to win the footy. If Ross the Boss played him as a defender (his natural position) then I’d endorse him heavier but I reckon he averages less than 60 from this point forward. With all that said, Nyhuis will come into my Fantasy team this week as a throw away D8.

Daniel Nielson (Def. $160,000, 14 be AF. $132,400 DT) did a great job in defence against Freo keeping Shane Kersten pretty quiet. Scoring only 49 Fantasy points is about par for key defenders but I can see him staying in the seniors for the rest of the season. Neilson is perfect for your D8 position in Fantasy. Another cheaper defender to consider is Joel Smith 27 (Def. $150,000, 46 be AF. $125,300, 25 be DT). He couldn’t get going last weekend in his return game since Round 1 but the talent is there. Put Smith on your watchlist.

If Kennedy-Harris can’t get a game then maybe Corey Maynard (Fwd/Mid. $150,000, 29 be AF. $109,300 DT) will. Funnily enough, Maynard has been in my Dreamteam before…NBL Dreamteam that is. The former Townsville Crocodile has swapped basketball for footy and his transition has been seamless, much like Hugh Greenwood. In his last three VFL games he’s averaged an impressive 27 possessions, 4 marks, 9 tackles and 112 Fantasy points. It’s hard to break into the Dees 22 but I reckon Maynard would add some punch inside with Viney out injured. Cheap as chips and he’s a dual position mid / forward.

Recently promoted North rookie Cameron Zurhaar (Fwd. $150,000, 29 be AF. $121,300 DT) is a chance to make his debut this weekend. Powerful and explosive, Zurhaar is an impact player that won’t win a whole lot of the footy but you’ll definitely notice him. Don’t expect huge scores from Zurhaar but he’s a pretty good candidate for your F8 spot given the Kangas are playing the kids.

2   Sean Darcy (for Stefan Martin only)

Do you think Cox and Karpany will keep their places in their respective sides despite quiet games on the weekend from both? #JeppasJuniors

Both will play in the Derby but they’re both on thin ice.

Is Jay Kennedy-Harris any closer to a return to the seniors? #JeppasJuniors

He was close a month ago and I’m very surprised he didn’t game last weekend with all the Dees outs. Bottom line is JKH is out of favour.

I’m trading Mountford (BE of 11) this week because I’m desperate to had another promo to my midfield. Premo’s are priority.

Who do you put on the field Ryan or Witherden?

Witherden all the way!

@JeppaDT Get Docherty if it means I have to field Mountford? Or get Zorko and Kieran Jack?

Get Doch and field Mountford!

Billy Frampton might get a game if injuries hit Port.