Two down, one to go. These horrid bye rounds are nearly over but the worst is yet to come. With the majority of quality rooks having the week off, see who Jeppa recommends in arguably the toughest round of the season. 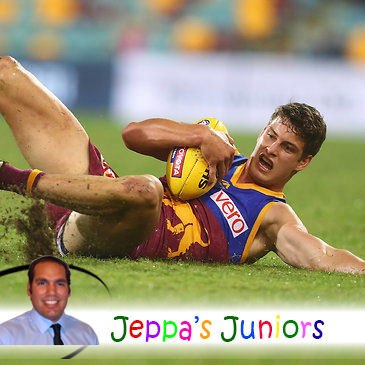 I can’t remember a season where the rooks have been so dire. Plenty of our quality youngsters have the Round 13 bye and there’s no obvious picks this week. If you’re like me, you’re struggling to field 18 players so a cheap rook is ever so important. There are a few guys around the mark that you need to take note of and hopefully a couple suit up in unlucky Round 13.

McKenzie Willis (Def/Mid. $187,000, 21 be AF. $221,400, 19 be DT) did enough to hold his spot in the Suns 22 but I doubt it gets better than 52 Fantasy points. Willis is a stopper and not looking to win a whole lot in the footy so buyer beware. He’s not for me but with few options available you should still consider him. Fellow Sun, Ben Ainsworth (Fwd/Mid. $310,000, 32 be AF. $256,400, 10 be DT) is still relevant in Dreamteam. 73 Fantasy points against the Hawks on Saturday was a solid effort and given his talents, the Suns will want to get as many games into him this season as possible. With a price tag a bit over $300k, I wouldn’t take the punt on Ainsworth in Fantasy because his role could well see him score low 60’s from here on in.

Callum Brown (Fwd. $188,000, 25 be AF. $125,300 DT) had a red-hot dip against the Dees. Often going in head first into contests, Brown didn’t get huge stats on debut and scored just 47 Fantasy points but like Luke Ryan, I expect plenty of improvement. The non-owners need to put him on the watchlist for Round 14.

Jonathon Beech (Fwd. $171,000, 1 be AF. $125,300 DT) was active in his first AFL game scoring 72 Fantasy points and now Don Pyke has got something to think about. Mitch McGovern will come back into the Crows 22 but who for…Otten or Beech? Naturally we all want Otten to be dropped and given his recent time up forward it looks like Otten will get the chop. Pray to the Fantasy gods that Beech will be playing in Round 14.

Jay Kennedy-Harris (Fwd. $195,000, 23 be AF. $184,500, 33 be DT) was kept on ice in the VFL on the weekend in case he was needed for the Queen Birthday match. He scored 61 Fantasy points from half a game which follows his 144 Fantasy points the week prior. Thomas Bugg should be in the firing line at selection so here’s hoping the in-form JKH gets picked and redeems his earlier season form.

Remember Mitchell Hibberd (Def/Mid. $150,000, 33 be AF. $132,400 DT)? Hibberd had an excellent preseason, played in Round 1 but failed dismally scoring 24 Fantasy points and was subsequently dropped the next week never to be mentioned again until now. He’s been averaging 24 possessions and 95 Fantasy points in his last 3 VFL games and could be a viable option to replace injured ‘junior’ Ed Vickers-Willis although I’m not so sure cause they’re quite different players. There’s no doubting that trading in Hibberd is risky given no assured job security but this is what happens when there’s slim pickings available.

Alex Witherden (Def/Mid. $206,000, 40 be AF. $125,300 DT) would be a welcome addition to the Lions senior side. Witherden plays like a young Brendan Goddard and in his last NEAFL game he racked up 19 kicks, 6 handballs, 9 marks, 3 tackles and 105 Fantasy points. Witherden is pricey in Fantasy but the options are few and far between. Consider…he’s a serious talent.

Willem Drew (Fwd/Mid. $186,000, 36 be AF. $125,300 DT) has been kicking butt in the SANFL in recent weeks and he’s in the mix to play this weekend after Port’s embarrassing display against the Bombers in Round 12. Fortunately, Ken Hinkley has always rewarded effort and Drew won’t die wondering. Note that Drew has only averaged 73 Fantasy points in the SANFL this season but he’s cheap as chips

Can we get Beech in or is it too much of a risk? #JeppasJuniors

Too much of a risk. We don’t know who will make way for McGovern.

Is it time for Hoskin-Elliot and Myers to go? #JeppasJuniors

Absolutely. Trade them out, cash in and don’t hesitate.

I still think JKH is a good chance this week.

Freeman surely a shout after the Saints got pumped?!

Word is that he needs to work on a few elements of his game before being considered. If he doesn’t get injured then he should be playing AFL in a couple of weeks.

is this the worst season ever for rookies?

No doubt in my mind.

Definitely pick someone up who is playing this week.

Zach Guthrie any closer to a debut?

Unfortunately not. His VFL form has dropped off.

@JeppaDT hey jeppa, question for jeppa juniors, best 150k Ruck that may get a game this year?