The Weekend Wash-Up – Bye Round 2

I wasn’t going to write a wash-up this week but what the hell, we all probably need it. 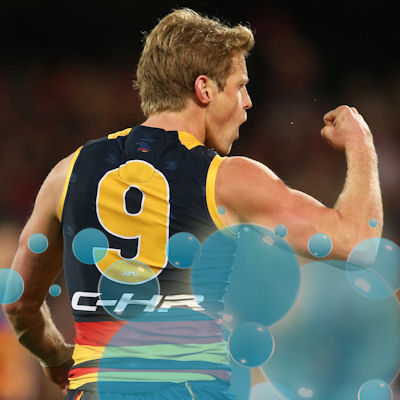 I wasn’t going to write a wash-up this week but what the hell, we all probably need it. This was meant to be the easiest bye, or so we told ourselves. As if anything is easy in this game. I could sit here for hours trying to come up with clever metaphors for the pain that was suffered by many this weekend, but the will has been drained out of me. Long story short I’ve had a disaster and it’s going to be a quick fire screamo. It’s time for the wash-up!

Ablett (153) – Ablett’s 5 round average has ticked over to a nice 132, making him as much of a pig as anyone in the game at the moment. Gary Ablett is looking at a PB season and is owned by only 9% of the competition. We suck.

Beams (145) – Was trading Beams the correct decision? It really depends who you traded him to. In my case it was Luke Parker and it probably rates with the worst trades of all time. Beams has a 3 round average of 135 and holding was a massive win. Well done to those old schoolers.

Zorko (130) – Dayne Zorko is averaging 119. That is insane. A draft bargain and a Fantasy bargain, yet he remains a POD. God this game must be funny for some coaches, you could have a midfield of Zorko, Pendlebury, Ablett, Ebert, Shuey, Kelly, Duncan and Sidebottom, dominate everyone in your league and still have 8 unique midfielders. Amazing.

Merrett (151) – There are few players you can totally rely on, but Zach Merrett is one of them. A joy to watch and a joy to own. You beautiful man.

Kreuzer (149) – If you weren’t sure if Kreuzer had arrived, let me reassure you. Kreuzer HAS ARRIVED. He wins the footy, he tackles, he dominates the hitouts, and he’s just about everything I want my ruckman to be. Legend!

Docherty (149) – As a Docherty non-owner, could I request just one team to put a man within 10 miles of him on the field? Is that possible? Thanks in advance. What a freakin beast, he’s nearly oinking.

Grundy (158) – There should be no doubts as to who the number 1 ruck is now that Mason Cox is out of the picture. Surely I can say that with confidence now? Grundy’s price is only going in one direction, and it’s going that way very quickly.

Firstly I’ve got a few special mentions to give. Zak Jones didn’t have a recovery this week. In fact he didn’t do anything at all. I hope you didn’t hold over his bye, but trading after that ton would have been gutsy. Rory Sloane was back at it with a tragic 62. He has been held to under 20 disposals three times, including two games with under 15 touches. Our rookies can get 15 disposals. If he sees an opponent walk within 20 metres of him that’s it, the toys are out of the pram. Princess. I also saw a comment last week suggesting I was being harsh on Myers, and perhaps they had a point. 50’s are OK for a rookie. Well how about now? Is 39 points in a 70 point demolition acceptable? The Universe has more edge than David Myers played with on the weekend. Nearly as pathetic as my science joke.

However if you want a list of losers, look no further than my team. First up, Aaron Hall. Little did I know when I picked him up, he hardly plays midfield anymore?!?! He’s just another Touk Miller. No racism, they just both don’t find much of the footy. Nathan Fyfe what happened. Did they have to secretly amputate his leg during the off season? I can’t blame the past leg troubles for his form, he just doesn’t even try to follow up. It’s appalling. I gave him 1 more week on top of the 1 more month he was given ages ago. Gone. Shane Mumford. Ok yes it was probably the stupidest Fantasy decision I have ever made, but did you really have to go and let Kreuzer score 150? My apologies, it was only 149. That’s just rubbing it in. Jack Steele. I know I’m not alone here, what was that effort? I need to question why the Saints had him on the bench for 36% of the game when he ended up with the second most pressure acts. Who makes that call in the coaching box? Or can he just not run out a game? That was the EXACT reason I traded him out in the first place. 5 weeks ago I had the option of getting Heeney instead of Steele for $60k less, and it really reminds how bad I am at this game. Steele didn’t even make my best 18.

And to you, Michael Hibberd…

Did anyone else get him this week? Hands up. The chances are that in Fantasy, every coach with half a brain went for Newnes instead. I didn’t have the extra $12k handy and I now own a player who hates getting +6’s. Remember when I laughed at people with Pittard!!! Honestly I watched him like a hawk for 3 quarters before I couldn’t take it anymore, he either wants to handball it out of defence or run away as far as he can. A half backman who doesn’t chase uncontested footy, I’ve done well to pick one.

If you think I’m going to burn the Pig though, think again. There’s some lines you simply never cross. Anyone getting loud this week about a cheap pig incoming may have another thing coming there way…

Special mention to Tom Williamson for his 33 point effort which luckily wasn’t included in my score. It will be next week though. So many heads on the chopping block, and sadly most of them are set to play again this week. We’ve got some tough decisions to make…

For those people with good teams, it’s your chance to shine. It’s nomination time!

Beams – Did you hold Beams? Did you sneak him back in after his bye this week? If so you’re a genius and have been handsomely rewarded.

Merrett – There was nearly another pig in the pen the way Zach was travelling at 3 quarter time. Captainers, get voting!

Grundy – Grundy is more unique than you’d think, 4 in 5 coaches don’t own him. That lucky 1 in 5 should be giving him their vote!

Docherty – Even with the ridiculous level of scoring in midfield, I reckon Docherty is currently leading the Fantasy player of the season awards. Nearly favourite for another stubby here.

So, who gets your vote?

If you couldn’t tell I’m a little bit salty this week. Last Tuesday I mentioned a trade plan for this week, including getting Kreuzer and Newnes. How good would that have been?! I’ll tell you how good. An extra 166 points good. That’s right, the reverse trade I pulled on Thursday cost me 166 points.

So what happened? I was always going to cull Preuss, so it left me with 2 potential upgrades. Choice 1, upgrade Mumford to Kreuzer and Otten to Newnes. Tick, tick. It would also leave me with $240k in the bank to upgrade my Freo spuds this week. Then there was option 2. Operation Rocky. I had to get Hibberd instead of Newnes which was always risky, but that allowed me to go Michael Walters to Tom Rockliff. BOOM! That trade couldn’t possibly go wrong, and quite frankly I thought it could be 166 points in the other direction. Spare me the Rocky was never going to score well it’s DTTALK’s fault garbage, every stat was pointing towards a monster score. You only have to look back to last year to see what kind of disgusting scores Rocky pulls off coming back from injury, and Freo are his favourite team to play against. Of course in hindsight his shoulder was still stuffed, he refused to tackle and I was left with a terrible captain and a $723,000 problem.

But you know what, that’s not even what sh*ts me. No, it’s what Michael Walters did that sh*ts me. He delivers me a 30 and a 50, then comes up with that score after I trade him out… I suppose I was meant to know he’d do that because Brisbane would be an easy win? But Freo got smashed? Where is the logic? This game sh*ts me.

1871 doesn’t sound like the end of the world, but to me it is. I had 22 players this week, and trust me you should look forward to next weeks wash-up. I might go under 1500. My squad is falling to pieces! I’m at the point of no return so Dom Sheed comes in for Fyfe this week, that is an upgrade if I’ve ever seen one. This allows me to get Goldstein in for Mumford, a move I should have stuck with 6 weeks ago. This tragic collapse is all down to you, Max Gawn. If only I’d started with Grundy… Good luck this week everyone, I’ll be waving goodbye to you all as I slip out of the top 10000. It was nice knowing you.