With the bye rounds on our doorstep, getting your rooks right is critical in achieving 18 playing players. Don’t miss Jeppa’s full review from the weekend’s action including those ‘juniors’ that should be on your radar. 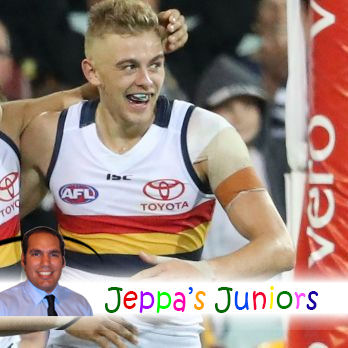 No one likes the bye rounds but it’s part of the game and from experience, the elite coaches rise above during this period. As it stands, we’re pretty good on the injury front but anything can happen and I urge you to have a playing squad of at least 28 this week.

At this stage, my strategy for the bye rounds is to bring in Ablett this week and have plenty of cash leftover, make a double downgrade in Round 11 to be cashed up for a major premo upgrade in Round 12 (Rocky, Simpson). Make sure you plan ahead!

Basketballer turned footballer, Hugh Greenwood (Mid/Fwd. $180,000, -14 be AF. $125,300 DT) exceeded everyone’s expectations last weekend. Granted his SANFL form was great but never did I expect 93 Fantasy points from 15 possessions, 2 marks, a whopping 9 tackles and 3 goals. Any rookie priced player that can tackle is worth having let me tell you. If you don’t own him then get him. He’s job security will be ok through the byes and you can expect scores in the 70’s however.

Nic Newman (Def. $413,000, 15 be AF. $391,000, -32 be DT) gets a mention again for being awesome after scoring 113 Fantasy points. I’m holding this kicking machine post Round 11 bye cause there’s still plenty of cash that he’ll be earning. No doubt that there would be a bitter taste in the mouth of those that traded him a few weeks back.

For those that can’t make a decision on who to offload, here’s my trade list in order:

Luke Ryan (Def. $150,000, 29 be AF. $125,300 DT) – Talk about perfect timing. Ryan is dirt cheap and primed for selection this week. He’s coming off 31 possessions, 9 marks, 1 goal and 114 Fantasy points in the WAFL albeit against cellar dwellers Perth. Drafted as a mature ager, Ryan has been brought in to fill a need at Freo and now that he’s over his injury woes it’s time for him to make a name for himself. He’s a must have and if it’s not this week then all the astute Fantasy coaches will all own him next week. When you think of Ryan, think of Nick Maxwell but with elite kicking skills.

Harrison Wigg (Mid. $150,000, 29 be AF. $132,400 DT) – Fellow Junior Curtly Hampton is injured which could see Wigg find a home in the Crows 22. Wigg has been impressing in the SANFL for a number of weeks now and if the Crows want to keep the kid on their list in future seasons then they’ll need to play him. He’s an elite kick and he’ll fit seamlessly into the Crows style of playbut his job security would be shaky.

Jordan Cunico (Fwd/Mid. $150,000, 29 be AF. $132,400 DT) – The speedy wingman has been a confirmed inclusion for Geelong in tonight’s game against the Power. He’s averaging 22 disposals, 5 marks, 5 tackles, 1 goal and 93 Fantasy points per game but I worry about his output at AFL level. As an impact player he may only get his hands on it a dozen times so some sub 60 scores are likely early. It’s a wait and see for me but if Ryan isn’t named I might look at him.

@JeppaDT is it time for Otten to go, and should we hold onto Hoskin-Elliot? #JeppasJuniors

Offload Otten but only if it suits your bye structure.

@JeppaDT Polson, Black & Balic doing & earning nothing, but other issues to fix lately. Polson>G'wood this week, but hold the other two?

Polson had a great game in the VFL on the weekend and is a sneaky chance to play in the seniors. Offload Balic first.

#JeppasJuniors should we be getting rid of these non playing rookies this week if we can or should I still upgrade to a premium?

Trade the non playing rooks as soon as you can.

Get gaz or Barlow this week

Earn some coin and double downgrade.

Average in VFL for the past couple of Rounds. You can offload him if convenient but he has the Round 12 bye.

Who to field out of SPP, Greenwood or Myers #JeppasJuniors