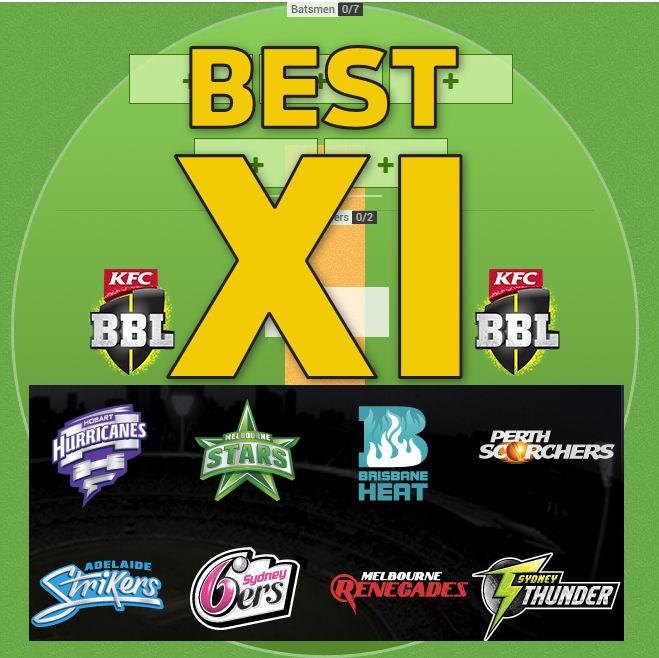 This article will attempt to help you guys put together your BBL Fantasy squads by giving you an idea as to how each team might line up this season. For this article I’ve used previous BBL’s as a reference point and taken form into account where possible.

Key points: An important note here is that you should always be looking for wicketkeepers who bat near the top of the order and Tim Ludeman, despite a poor BBL05, fits that description. Watch out for Ben Laughlin who is technically out of contract with the Strikers, along with Michael Neser and Gary Putland so whether they’re actually playing is up in the air.

Key points: Joe Burns being freed up from international duties certainly helps the Heat out, but their bowling stocks are razor thin. Badree is world-class, but beneath him is nobody. Chris Lynn’s availability for round one is unknown as he recovers from injury.

Key points: The Hurricanes still have three list spots to fill which is why they have minimal depth. They recently traded Ben Dunk to the Strikers in return for Hamish Kingston and they’ll be hoping to get more from legendary batsman Kumar Sangakkara who failed to deliver last season.

Key points:  Why the Renegades would opt for two big name spinners when Etihad Stadium proved a spinners’ nightmare last season is odd, but they’ve put together a strong team and have some solid depth. Cameron White is in great form right now and should be considered for your team.

Biggest loss from BBL|05: None

Key points: The Melbourne Stars come into BBL|06 with an unchanged list which is a feat in itself. They’ve lost Handscomb to the test side, but have a plethora of keeping options behind him including Tom Triffitt, Sam Harper and even Robert Quiney if it comes to that. Their batting depth may be the only query.

Key points: If the Scorchers get their best XI together, nobody will be able to stop them. Thankfully for everyone else, it’s unlikely Coulter-Nile will be fit in time for the start of the season and Shaun Marsh could be called back into the test squad. However, they have strong enough depth to cover both without much issue.

Key points: Where do we start with this rabble of a squad? The Sixers have had a team made up of test players for many years now and have done nothing about it as the problem grows. They have no depth available and their XI isn’t a great starting point.

Key points: The Thunder lost Hussey and Jaques Kallis from their tournament winning team and haven’t really replaced them. Morgan comes into the side, but there’s still a clear hole at the top of the order with Khawaja also out. They still have list spots to fill and the Thunder are awaiting the results of Andre Russell’s hearing before confirming him as their second international signing.