Happy Turkey Football Day for this Friday folks! Being Thanksgiving in the States has blessed us with three games this Friday, and the lads at Moneyball have set up a Friday Smash Special for us. 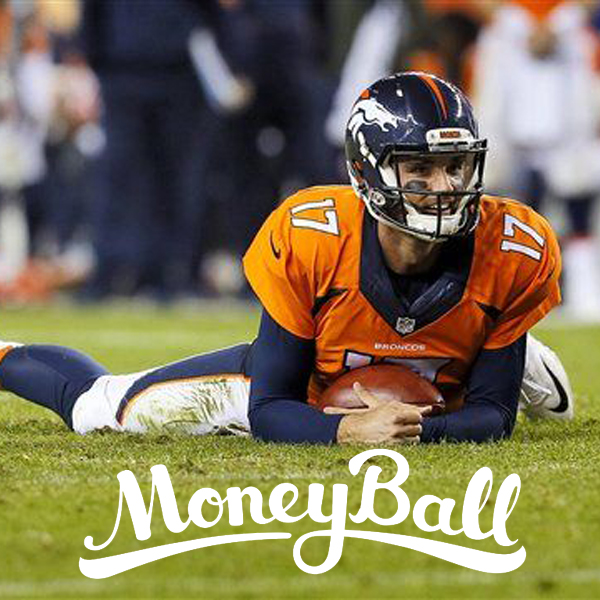 Happy Turkey Football Day for this Friday folks! Being Thanksgiving in the States has blessed us with three games this Friday, and the lads at Moneyball have set up a Friday Smash Special for us. Pick your team from Detroit v Philadelphia, Dallas v Carolina and Green Bay v Chicago for a chance to win a piece of the $500 prize pool. Don’t forget Hail Mary comps lock out at 4:20am Friday!

The brutal year of injuries continued last week with Justin Forsett breaking his arm, his QB Joe Flacco tearing his ACL, and break-out RB Devonta Freeman being diagnosed with a concussion. Marshawn Lynch and Peyton Manning need a few more weeks to heal up, which gives us a couple more new faces to stick in our line ups. NFL fantasy football.

The byes are done for the year which gives us a full complement of players to chose from.

Brock Osweiler (Denver, $5800)
With Manning still out, Osweiler gets another start. Faces a tough matchup this week against New England, but looks like a better fit for the Kubiak offence.

T.J Yates (Houston, $5300)
Had a fair game last week fantasy-wise, and is chance to improve on those number this week against a bad Saints defence. If Hoyer returns from his concussion and starts instead, he is also a value play.

Thomas Rawls (Seattle, $5100)
With Lynch out last week, Rawls exploded with over 250 scrimmage yards and a couple of TDs. Faces Pittsburgh but too cheap to ignore.

Spencer Ware (Kansas City, $4700)
After coming on for an injured Charcandrick West last week, Ware was able to run for 96 yards and score 2 TDs. Watch the injury reports this week for West updates.

Javorius (Buck) Allen (Baltimore, $4500)
Justin Forsett broke his arm and is done for the season. Enter Buck Allen who has a great match up against the Browns.

Nate Washington (Houston, $5500)
Hasn’t done a lot in the past fortnight after a couple of tough opponents, but faces New Orleans this week and is an end zone threat.

Stevie Johnson (San Diego, $4900)
Plays Jacksonville, who have given up the 17th-most fantasy points to wide receivers.

Keshawn Martin (New England, $4500)
The Patriots have been struck down with a few injuries this season, with Danny Amendola the latest casualty. Martin didn’t play last week, but is a chance this week.

Gary Barnidge (Cleveland, $6900)
Gets his favourite QB in Josh McCown back this week. Faces Baltimore who have a pass defence ranked 24th.

Antonio Gates (San Diego, $5300)
Has a decent match up, but his only concern is whether he is healthy enough to perform.

Arizona ($4900)
Patrick Peterson sat out part of the game with an injury, but even if he’s not 100% they should still put up decent numbers fantasy-wise.

New York Jets ($4500)
Buffalo QB, Tyrod Taylor is banged up and could be prone to interceptions.

Brandon McManus (Denver, $5000)
Denver might have a tough time against New England so they’ll rely on McManus.