Whether you’re trying to win the big bucks, or just want to double your stake, you’ve got a better chance with Rumballz’ hand-picked bargain buys. 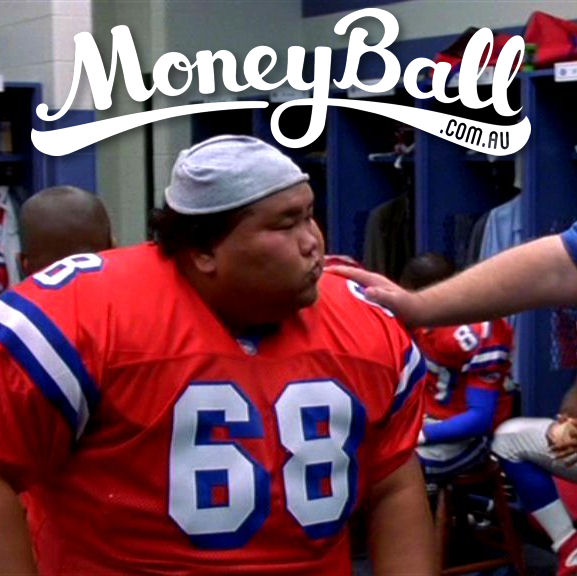 It was the week of the replacements this week in fantasy land, with some big scores from second-stringers. DeAngelo Williams gave us over 35 points, Jeremy Langford scored a little over 23 points and Karlos Williams jumped in for 23. Definite value plays this week. Let’s take a minute to talk about Antonio Brown. 284 yards. 37.1 fantasy points. I played him in a double-up contest and scored high enough to take home hundreds if it were a tournament entry. Them’s the breaks. Just shows how important value players are, they let you afford the Antonio Browns.

This week we have Falcons, Colts, Chargers, and 49ers on a bye.

Going with a #Patriots stack this week in a @Moneyballcomau double-up. pic.twitter.com/Ed5MawmN6k

Kirk Cousins (Washington, $7600)
The only reason to start him is New Orleans are giving up the most fantasy points to QBs over the last three weeks.

Tyrod Taylor (Buffalo, $6800)
Only had 181 yards and the lone TD last week, but if he keeps throwing it to Watkins that total is sure to rise rapidly.

Landry Jones (Pittsburgh, $5000)
Has enough fire power around him to be able to put up a decent score. Just depends on whether he poops his big-boy pants.

Jeremy Langford (Chicago, $6600)
Matt Forte will probably miss again. Faces the Rams which may put others off, but sits you pretty if he blows up again.

DeAngelo Williams (Pittsburgh, $6000)
Faces the worst run defence in the league this week. That’s all I have to say about that.

Jordan Matthews (Philadelphia, $6200)
Showed the form last week we were expecting from him since pre-season. Could be the start of a run.

Michael Crabtree (Oakland, $6200)
Touted him last week and he delivered. Has only increased $500 in price this week.

Davante Adams (Green Bay, $4900)
Looks to be over his injury and their schedule opens up nicely going forward.

Kyle Rudolph (Minnesota, $4700)
The TEs versus Oakland didn’t pan out last week, but he’s cheap enough to take a flyer on this week.

Green Bay ($5600)
Should put plenty of pressure on Detroit and Stafford.

New England ($4800)
Facing the Giants who love to throw, so plenty of chances for interceptions.

Everyone loves a BJ Raji

Brandon McManus (Denver, $5300)
Can be started safely every week.

Mason Crosby (Green Bay, $5000)
Should bounce back this week against Detroit.