In this special edition of The Numbers, Jake looks at the Best 22 we should be aiming for over the last 6 rounds of competition 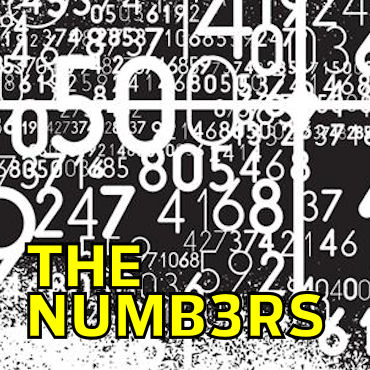 Welcome to another edition of the numbers. Over the next two weeks I will be crunching the numbers to determine what is the ultimate 22 players that you could have over the remainder of the season. This week i will be investigating the Forwards and Defenders, and next week I’ll look at the Midfielders and Rucks. I would like to thank Benjo’s PODs last week which helped when i was considering fixture, and the great data from Fantasy Coach Stats Centre and the Dtlive data view. Let’s get into it, starting with the defence.

I looked at the data for the 12 highest averaging defenders. These players were Hodge, Boyd, Picken, Enright, Simpson, Cross, Shaw, McVeigh, Laird, Gibson, Yeo and Mundy. To predict their average over the remaining 6 rounds, I used a combination of Season Average, Form (3 Round) Average, Last 9 Average, Fantasy Projections and Difficulty of fixture.

The difficulty of fixture was found by adding together the average number of 100+ scores from defenders allowed by each of their opposition over the next six weeks. The higher the number, the easier the fixture.

All these numbers were placed into a formula (let me know if you’re interested in the exact formula) and projected averages for the next 6 rounds were produced. The winners were…

Without a doubt he was always going to be in the top 6 for defenders. A few would have lost him at his early suspension, however he is now officially a must have, averaging in excess of 140 over his last 3. If you don’t have him, forget about his price and find a way of going Ablett to Hodge.

Perhaps the most surprising of the 6 top defenders, this tagger turned ball magnet has been one of the fantasy stories of 2015. Whilst not a must have like Hodge, anyone that has him must be doing well. He’s now undoubtably the second best defender available, yet has only 5.3% ownership. Very useful unique heading into the Fantasy Finals.

Old school dream team legend has had a revival as a defender is 2015, and constantly racks them up in the back 50. Enjoyed the easy month they just had, and should continue this form in the rest of the season. Break Even currently 130, so look to trade him in over the coming weeks at a discounted price due to his very poor 49 points in round 17.

Probably the most controversial of the top 6 defenders, McVeigh has experienced a lean period recently, however in my opinion thats even more reason to trade him in. At a discounted $474K he is easily the cheapest top 6 defender available, and he has the most fantasy friendly run home of the 12 defenders I researched, playing ADEL, GEE, COLL, GWS, STK and GC in his last six.

I’m not sure whether it’s more risky to trade him in or not to trade him in this season. The roller coaster ride has been a little less turbulent in 2015, as he is one of the top 12 players, not defenders, players, since round 9, averaging 107 in that time. He loves an easy +3 by playing on in the kick outs, and has rewarded he’s owners greatly so far this year. Will it continue? My projection says yes.

Probably one of the most questionable DPP additions in 2015, Mundy is still well and truly and on baller, and he currently boasts an impressive season average of 105.1. The  low predicted average is largely due to a tough run home, history states that their will be only 2.7 more tons from Fremantle defenders in the rest of the season. Still a top 6 DEF, and my bet is he’ll get every one of those 100+ scores that the data says is available to Freo Defenders.

Not a top 6 defender, but if you’ve got him i wouldn’t bother trading. No doubt you’ve got more pressing issues. Look out for a big score this weekend, last time he played gold coast he went gold (150+)

Not worth trading out, but probably not worth trading in. Look for one of the big 6 at this stage, however Rory has been impressive over the last 9 rounds, averaging 95+ in this time.

Once again top a top 6 defender, but at this stage a handy D5-D6. Very small ownership makes him a unique, but not worth trading in at this stage.

Found some very handy form heading into the fantasy, and AFL, finals. With a low BE (74)  and 4 scores over 88 in his last 5, he could be a unique pick up.

He’s still around? Keeps getting it done, year after year. Capable of a big time junk 120+, however you feel he’s more of a low 80 average player.

Disappointing year for Simpson fantasy wise. Started the season priced as a top 6 DEF (alongside Hibbered and Malceski, who didn’t even make the article!) and has struggled with increased attention in 2015. Still carries the team at carlton, however if he’s in your Fantasy team, it’s more likely he is the one being carried.

Throughout the early stages of the year the forwards absolutely dominated the defenders scoring wise, however the forwards are beginning to drop off and the once obvious top 6 forwards is now a whole lot more ambiguous. The top 12 that i looked at were the once obvious Swan, Martin, Gray, Dahlhaus, Goddard and Mitchell, and the 6 more recent uniques; Bartel, Adams, Riewoldt, Gawn, Wingard and Zorko. Special mentions to Crisp, Bennell, Delidio, Westhoff and Ziebell for just missing out on my top 12. All of these players are  keepers at this stage, however i’m sure all would agree they are currently not 6 FWDs.

After a slightly below par 2014, Swan has relished in the opportunity to once again be fantasy relevant in his new role as a DPP MID/FWD. Was always going to be a top 6 FWD, it was just a matter of how high up the list he would be. Everyone has him, and there is a reason for that. Lock and Load for the last 6 rounds.

Adams- 107.68 Swan V2.0, he plays one of the most fantasy friendly roles in the game. He’s missed a couple of weeks with a suspension, however with a Break Even of 66 and a three round average of 120, he would be a more than handy unique heading into the fantasy finals.

Bartel- 107.61 Perhaps there isn’t quite enough data to justify him a position at F3, however there certainly isn’t anything against him. Taking out his injured 8 (as I did when collating his data), he has averaged 106 with a low score of 90. Ideally he would already be in your team, however at $488K he is the equal cheapest player in my top 6 FWD’s, another possible Ablett replacement thanks to his brand new FWD/MID DPP.

Martin- 101.19 Another one that was always going to be a top 6 FWD, it was just a matter of how good he could be. He has increased he’s tendency to pump out massive scores in 2015, however is still susceptible to a regular 60. Keep calm and lock him in, look out for a few more 120+ scores before the year is out.

2015 has a new mr consistent, Luke Dahlhaus. He only has 4 scores below 94, which is handy enough for a premium midfielder, let alone a risky forward selction. Unfortunately, these 4 scores have all been 70 or below, which indicates he currently can get tagged out of a game. However if he isn’t tagged, he will never have an off day. Easiest run home of the 12 Forwards that were researched, expect a few more scores between that 100-110 range.

Riewoldt- 98.98 Now the debate begins. Riewoldt has almost had a breakout last few seasons fantasy-wise, and over the last 9 rounds he averages 103.4. Works up the ground and loves a +6. Has a nice run home and would look nice on any forward line.

I feel like this might be one of the most unlikely predictions of them all, however they say the stats doesn’t lie. It’s rare that you’d rather have a DPP FWD/RUC in your forward line than your rucks, however the ruck stocks have been so strong this year that gawn would look much nicer at F6 than R2. Averages 95 over the last 9, has a great run home and seems to have found form. One to watch

He’s a top 6 FWD of the season, but not the last 6 Rounds. No way you’d bother upgrading him to anyone above him, but he has a tough last 6 games for a forward. If you’ve got him, keep him, if you don’t, look for someone above him.

I’m picking him next year. The freakshow has added consistency to his game in 2015, and he’s fantasy game has increased accordingly. An average of 109.7 over the last 3, and 99.8 over the last 9. I haven’t seen him in any serious DTer’s team, and i don’t know why! Great work anyone who picked him up.

He seems to be fading out of the season due to a larger role in the forward line, however if he is your biggest issue then enjoy your cash for winning the competition. Nice run home, and should return to his best by the end of the season. A prediction of nearly 95 over the last 6 is still very good for a forward.

Zorko is another that seems to be building as the year goes on, with a more than handy average of 97 over the last 9 rounds. He comes at a price though, at $512K he is the 6th most expensive player in my list of 12. 110.3 over the last three.

We can only hope he gets traded. He has all the signs of being a pick, and even managed a 90+ average in the weeks between he’s two vests, in which he played as a tagger on some of the games best. It’s not his fault, but it’s annoying. Cheapest player on the list, but deserves to be the most expensive.

I hope you enjoyed the read, and that the data collected helps you slide up the rankings over the next 6 weeks. Be sure to read next weeks article, where i will look at this years points engine rooms, the midfielders and rucks.

Every week I'll be posting up the Numbers! A weekly Fantasy review with a focus on the stats that matter. Hopefully it makes us all feel a bit better after the no doubt shocking week we just had