No Gaz, Rocky not in the top 5 and Goldy isn’t #1? Has the pirate has gone crazy? 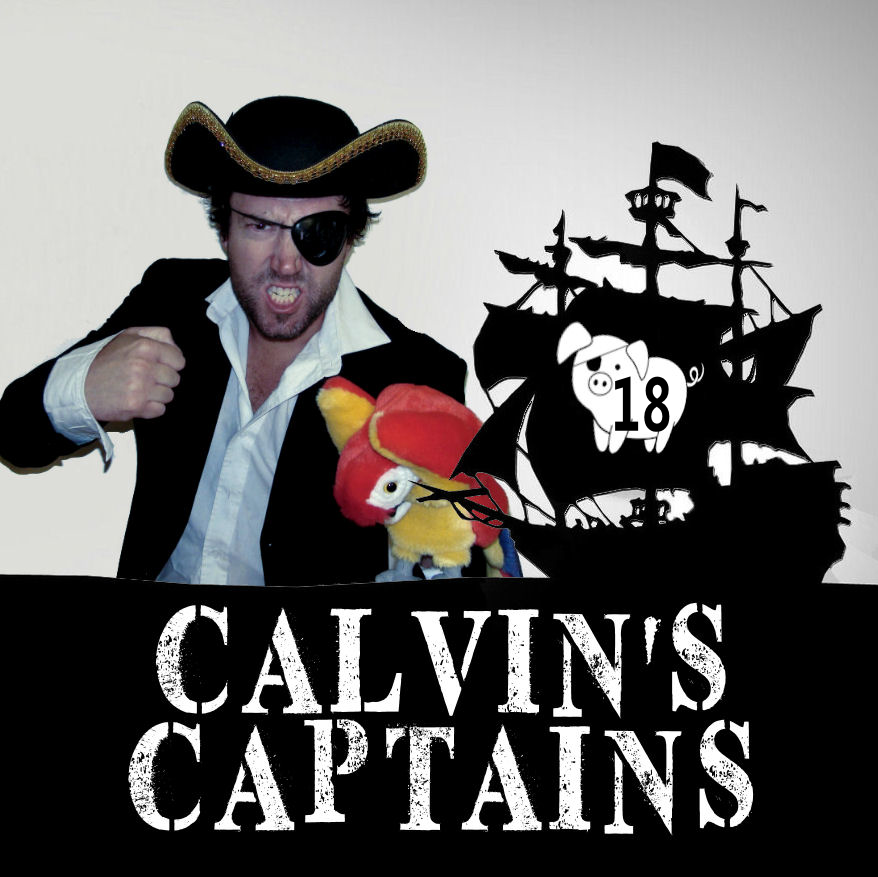 This Friday night, can the Hawks break the Fantasy trend that Richmond have been inflicting? Selecting a captain against the Tigers is always risky business as the stats show. But over the last few weeks the Hawks have been monstering their opposition so if it’s ever going to happen, it will be this week.

Jordan Lewis on the other hand hasn’t scored over 100 in his last 3 games against Richmond and although he’s back in reasonable form with 111 last week, he’s just too risky with this poor history here.

Either way you look at it, surely the power house Hawthorn outfit will be too good. However, the stats don’t lie and any captain in this game does come with a risk.

Ben Jacobs is one of the scariest taggers in the game. He has been killing our premium stars in recent weeks and added Rocky (53pts) to the list last week. Marc Murphy will be his target this week and although Marc has scored 117 and 106 in recent weeks, he’ll be kept under 100 this week for sure.

Melbourne are an interesting teams because on their day, Jack Viney and occasionally Bernie Vince will be on lock down duties. Viney is a sure thing to run with Scott Pendlebury. Viney held Steven (87pts), Rocky (111pts only 14 touches) and Heppell (94) recently and will be all over Pendles like a Thailand rash this week.

Pendles had 119 on the Demons in round 10 and was tagged by Vince that day. He’ll go for his 8th straight 100+ score against them this week and even with that said, I am very sceptical. If Viney gets the run with job, he’ll be in for a long day at the office.

But what will Bernie Vince do? There’s a good chance he’ll go head to head but I say watch out Steele Sidebottom who has been in top form scoring 130 and 128 in the last two weeks. He scored 62 on them earlier this year and might be in the firing line here.

The big unit is still getting it done, averaging 139 in his last 3 games this year which ranks him #2 overall on form. Last week he scored 103 (15d, 39h/o) against the Lions who had obviously spent a lot of time devising a plan to restrict the man.

So this week, he’ll meet Kreuzer and the Blues at Etihad. Just like Essendon before he had that 175, Carlton are another one of these teams that Goldy has never scored 100+ on. He had 97 against them last year which was his best score against them in his career 7 games.

We’ve learnt not to be too concerned about this stat. So let’s have a look at what the other big boys have been scoring against Kruz over the last 3 weeks.

Chad Wingard V St Kilda @ Adelaide Oval:  Huge smokie this week! Chad has averaged 110 in his last 3 games and has scored 125 and 108 in his last two games against the Saints. FLY

Jack Macrae V Essendon @ Etihad:  Macrae goes for his 8th straight 100+ score this week and is only carrying a lowest score of 105 over

this time and averaging 121 in his last 3. He scored 129 and 88 on the Bombers last year and is one of the safest bets going around at the moment. The man is a jet! FLY

Josh Kennedy V Adelaide @ the SCG:  95 last week from 31 touches. Shame 21 of those were handballs. OK

Rory Sloane V Sydney @ the SCG:  105 last year when he played the Swans and looked solid in his head gear for 90 last week. Priddis (142) was good last week against the Swans but they’ll be tougher this week. FLOP

Liam Picken V Essendon @ Etihad:  Ranked #3 of form is there anything this man can’t do. Maybe one thing, have a good history against the Bombers. Never scored over 80 against them in his last career 9 games but he’s better than that now. FLY

Andrew Gaff V Gold Coast @ Metricon:  I like Priddis more but this guy will cash in as well. Ranked #5 on form with scores of 100, 114 and 152 in his last three is unreal. Only scored 91 on the Suns last year and hasn’t cracked the ton against them in his career 5 games. FLY

Jack Steven V Port Adelaide @ Adelaide Oval:  Port are his favourite team to score Fantasy points on with scores of 101, 115 and 115 coming back when he wasn’t even any good. Jack only scored 87 last week but is still averaging 108 in his last 3. FLY

Tom Rockliff V Geelong @ SS:  Do not write this man off. But based on his 53 last week and his 14d before that we won’t make my top 5. But, he had 140 against Geelong in his last encounter which happened to be at the Cattery. FLY