The Pirate doesn’t have Goldy in the top 5? WTF? Some old favourites are back though. Enjoy lads. 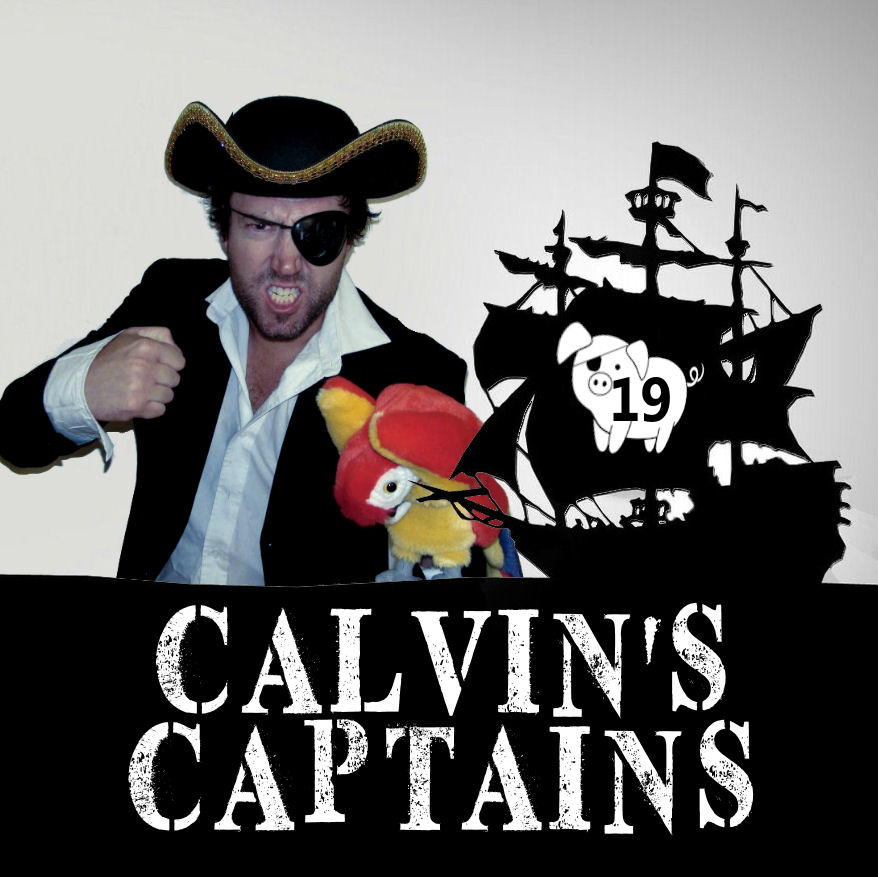 Yes that’s right… the DT Talk gang will be in South Australia on Friday night only.

The main reason for the trip will be announced at a later in the week, but stay tuned to @DT TALK for details where you can join us for beers heading into Friday night clash between Adelaide and Richmond from Adelaide Oval. Who knows… might even have a few after.

As we know, Richmond continued their strangulating trend on Fantasy points last week against the Hawks where Jordan Lewis (109) top scored. In fact, over the last month, the top scorer against the Tigers has only had 113.

This spells danger for Dangerfield who only had 95 on them last year and just 89 last week. He is averaging 120 at home in his last five games though and has scored a roller coaster of scores prior to last week of 138, 90, 142 and 86.

Since wearing his head gear, Sloane has scored 62 and 90 and hasn’t scores over 100 against Richmond in his career five games against them.

Listed below are players who would make great captains in their own right. Not top 5 material but bloody bloody close. Good Elite captains for those lucky owners.

Luke Hodge V West Coast @ Domain Stadium: Ranked #3 on form over the last 3 weeks averaging 126. Scored 120 and 101 on the Eagles in his last 2 games and had 126 at Domain Stadium last year. However, the Eagles aren’t giving up the points they were a while back, only allowing 10×100+ scores in the last three weeks, compared to Richmond who have only given up 9×100+. Still backing him in regardless based on form and history here.

Scott Pendlebury V Carlton @ the MCG: His 93 last week was Pendles’ lowest score in his last 10 games this year. In his last 5 against the Blues he has scored 135, 128, 91, 133 and 108. Curnow or Carrazzo will run with him but it hasn’t mattered before and shouldn’t this week.

Adam Treloar V Essendon @ SPO:  Treloar had 127 and 106 in recent weeks and pumped out a huge 130 on the Bombers last year. They are worse now and he’ll possibly be even bigger.

Harley Bennell V Brisbane @ the GABBA: 130 and 124 in his last two and 130 when he played the Lions in round 5 has Bennell set up as a good roughie captain this week.

Todd Goldstein saved his butt last week with a 51pt third term to finally end up with 102 (36 first half), his lowest score in his last 9 games this year. His form is outstanding and is still ranked as the #2 player in the competition over the last three weeks with an average of 127.

He scored 99 on Melbourne last year, but have a look what 209cm Max Gawn has being doing to opposition ruckman.

Obviously, this Goldy does come with a small amount of risk this week and that’s why I have decided to recommend what I think are safer options. Goldy is still running hot and has a much better tank than Gawn who is often criticised about his fitness. Time will tell, but I’ll be steering clear for the first time in a long time as a precautionary measure.

FEEDING TIME AT THE TROUGH

Tom Rockliff has been slowly warming up since coming back with scores of 124 with 10 marks from last week and 53, 111 and 128. His scores have been effected dramatically be taggers and when he’s let free, he really starts to oink and this week… he will oink!

He plays the Suns at the GABBA, his home ground where he averaged 142 (9gms) last year. He’s only averaged 84 there this year due to many injuries and will get back on track there this week. Last year against the Gold Coast he scored… 190 and 157 and without a tagger insight from the Suns, he’ll be oinking all the way to the market this week. I’m expecting 150.

Brent Stanton V GWS @ SPO:  Ha ha, Warnie made me add him and why not. He is ranked at #1 on form over the last 3 weeks with 130. Had 88 on the Giants last year and 0x100+ scores on them in his career 4 games, making them his worst team to score Fantasy points against. Reality check coming for the old Warne Dawgs this week. #demiseofthedawg has started.

David Armitage V Fremantle @ Etihad:  77 and 73 in the last two weeks.  Injured? Out of form? Did have 121 on the Dockers last year though.

Liam Picken V Port @ Etihad:  95 last week averaging a huge123 in his last 5. Never scored 100+ on Port in his career 6 games. He’s changing these stats every week though.

Nat Fyfe V St Kilda @ Etihad:  Carries a highest score of 113 in his last 5 games and is under an injury cloud. Will he even play? Way too much risk.

Dan Hannebery V Geelong @ SS:  Got his PB for the year (153) last week but did it at the SCG where he averages 130 this year. Averaging 101 away from there and scored 99 on Cats earlier this year.

Cheers lads. Hook me up for a chat on Twitter: @CalvinDT