Loop de Loop is on again and the pirate has the answers for you! Check out the masters work this week. 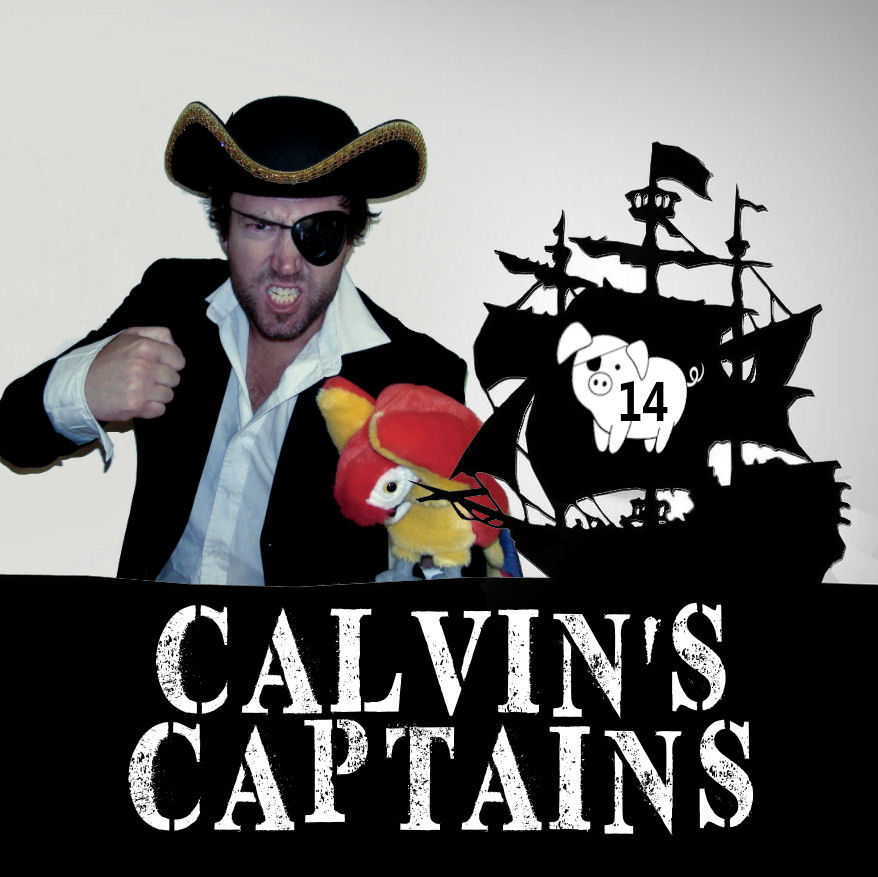 It’s another Thursday night game and that means we’ll need another VC and hope that they can go big. 115pts will be my bench mark again this week, however, I’m not expecting massive scores in this game. Last week, only 4 payers managed 100+ at the SCG with the top 5 from both teams only averaging 114pts. This wasn’t ideal, but it won’t stop us from having a crack at this loop hole regardless. Here are my top picks, in order of how I will pick them.

Scored 87 on the Power this year but was restricted by a Kane Cornes tag. No Kane means he’ll be back to his best this week. Better than the 96 and 93 he’s scored in his last two games this year.

Gray averages 104 on the Swans in his last 3 and had 97 against these guys in round 2. Always a worthy pick and can be big on his day. The week off after his concussion will have him as fresh as a daisy this week.

Ummm, you couldn’t could you? Subbed out on 48 last week, huge clouds hang over Tom at the moment. With that said, this VC option suits him perfectly. It’s a free shot and out of everyone on this list, Tom is one of the only players here capable of 140+. If he plays and starts vest free, he’s playing for his career.

Josh Kennedy  – 114 last week, was his best score in his last 5 games this year. He did have 120 on the Power in round 2 but I still think the others up there are better.

Jarrad McVeigh – Scored 83 last week, his 2nd lowest score this year. He scored 95 in round 2 on the Power but has 0x100+ scores against them in his last 5. Safe but doesn’t have many big scores under his belt this year.

BUGGER IT, WE NOW NEED A REAL CAPTAIN

So… here we are. Your VC was rubbish and your now needing a real captain. We’ll lucky for you, I have been working hard to guide you once again. Remember, my bench mark this week is 115!

#1 – TODD GOLDSTEIN v Gold Coast @ Metricon Stadium Cam Wood and Matty Kreuzer averaged 19 touches, 7 marks and 20 hit outs each last week against the Tom Nicholls. They both scored 109pts which means Goldy will be HUGE. We all know the Suns bleed points with the top 5 opposition players averaging 125pts, and Goldy will be right amongst them. He scored 108 on them last year and 102 and 104 before that. Lock him in for 130+ without even thinking about it.

#3 – DAVID ARMITAGE v Essendon @ Etihad Stadium In his 12 games this year, Armitage has scored 10 tons. He scored a game high 129 on the Bombers in round 5 and is the most reliable guy going around. My only concern here though is the fact that Hawthorn’s ball winners, Hodge (52), Mitchell (91), Lewis (82) and Smith (90)… all struggled against Essendon last week. Armo still sits safe at #3 for me this week and should still be scoring another 100+ again.

#4 – TAYLOR ADAMS v Hawthorn @ the MCG Wowzers. Talk about a smokey captain. Adams has scored 126 and 146 over the last two games and scored 91 and 126 on the Hawks last year. These numbers are better than anything else you’ll see this week and as we say… “high risk, high reward”.

#5 – NAT FYFE v Brisbane @ Domain Stadium Fyfe scored 108 on the Lions last year and has scored an easy 110 and 119 in his last two this year. Against the Lions you’d think he’d smash them but lets not forget, they have given up less 100+ scores than the Hawks recently and the Crows saw that on the weekend. Thompson (113) was the only player to crack a ton, and one of only two players to score over 90, and they won. He’ll be fine but there is a slight risk based on these numbers.

WHO JUST MISSED THE CUT

Adam Treloar v Richmond @ the MCG – We know the Tigers don’t give up many points but Treloar did have 103 and 118 on them last year. His form has been great averaging 121 in his last 3.

Leigh Montagna and Jack Steven v Essendon @ Etihad Stadium –  As I’ve previously mentioned, I am a little worried about the scores that the Dons give up. With that said, Montagna is #3 on form over the last 3 weeks averaging 122 and scored 135 on Essendon last year. Steven is a bloody jet and scored 124 on the Dons this year. But out of the 3 though, Armo gets the nod for me.

Dayne Beams v Fremantle @ Domian Stadium – Over his career against the Dockers, Beams has NEVER scored under 100 in 5 games. He had 122 last year and Adam (126), Swan (110) and Pendles (101) were good against Freo last week and Dayne will be good too.

Jordan Lewis v Collingwood @ the MCG – Bounce back week for Lewis this week (I hope). He scored 149 and 120 on the Pies last year but has only averaged 79 in his last 3 this year. Lets not forget, people called for ‘pig status’ after his first 3 games that saw him averaging 142. He’ll be back this week.

Joel Selwood v Adelaide @ Adelaide Oval – If Lewis can bounce back, maybe Joel can as well. Selwood loves playing the Crows and has scored 132, 133, 113 and 106 in his last 4. They’re easily his favourite team to play and if he can’t bounce back this week… he might as well take up lawn bowls.