Warnie flips the first card in the Deck of DT and it’s a new Pig Pie. 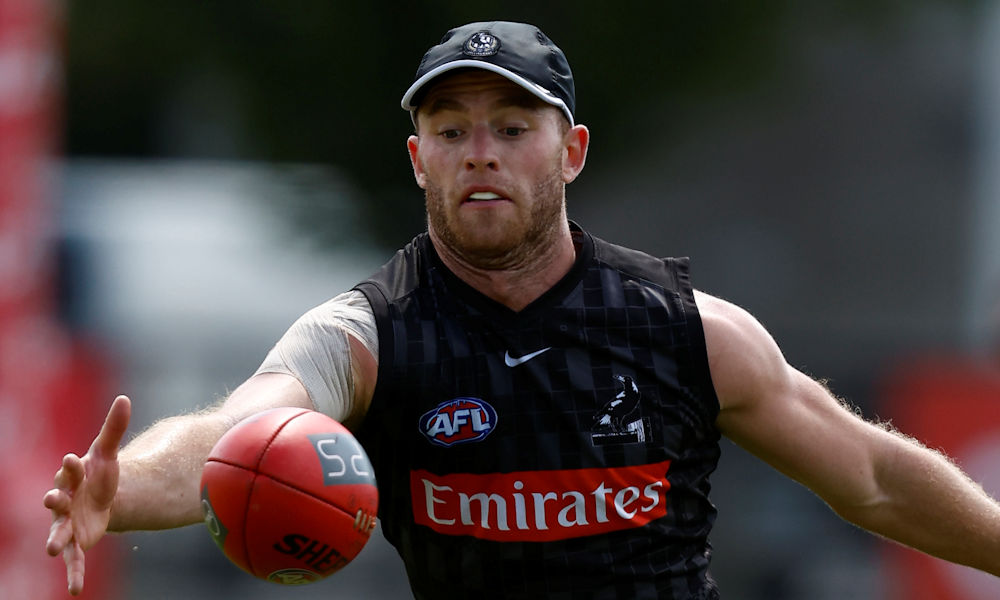 We have a very cheap piece of bacon to select in Fantasy this year. Mitchell reurned his lowest Fantasy average since 2014, his second year, where Horse would throw him in the green vest and had fewer than 20 games to his name.

Since then, his lowest return was 107 the year later. We can’t forget that when he moved to the Hawks in 2017, Mitchell averaged 127 and backed it up with 129 in a Brownlow Medal winning season. He was awarded Pig status as he broke the record for most Fantasy points in a season.

Mitchell’s durability is outstanding. He’s played all but one game since 2016 (note: Mitchell missed all of 2019 when he broke his leg in January) and this year he hit the track early and is looking as fit as ever.

Mitchell was traded by the Hawks as part of their rebuild (fellow older midfielder Jaeger O’Meara was moved on by Sam Mitchell as well). The Pies are quite happy to add him to their books as they are in the need for a clearance player to work alongside Taylor Adams. The Hawks didn’t play the Pig to his strengths. That is, int he guts. He averaged just 53% of their centre bounce attendances with Jai Newcombe being their most prolific with 67%.

There is no doubt that his CBAs will be up and therefore scoring increases off a low base that only saw five scores of 110 or more, including a very modest top score of 120, a long way from the ceiling he’s shown in the past.

Hawthorn and Collingwood are at opposite ends of their premiership hunt. Mitchell wasn’t seen as a member of the Hawks’ next premiership side and they moved hin while he had currency. The Magpies, on the other hand, had an excellent year going down in the prelim by just one point.

The only way is up.

While Mitchell may not hit the numbers that made him a pig, he has around 15 points upside based on the way he plays and the opportunity to play the role that made him a Brownlow Medal winner.

Obviously last year’s numbers were ordinary. Is it more than just Sam Mitchell? Is Titch regressing?

The 29-year-old averaged 108 (BCV) in 2020 coming back from the broken leg. He bumped that back up to 116 the year after before the well-below par 2022 average of 96. The lack of ceiling, even when he had decent CBAs against lowly opposition, could be a concern.

In Craig Macrae’s first year, the Pies had a great season, but they ranked as the 12th best team for total Fantasy points. This is a big drop when they were one of the best teams year-to-year when it came to Fantasy points for. Their style has changed. Jack Crisp was their highest averaging player with 94 followed by Brodie Grundy (93), Nick Daicos (87) and Scott Pendlebury (85). They weren’t the same team as we had enjoyed as Fantasy coaches.

I don’t beleive there is too much of an issue with role, nor am I reading too much into the lack of scoring from the Pies last year. Tom Mitchell is a Pig. It is the way he plays. It is the way the Pies will want him to play. Inside and getting the pill. Racking up clearances. Mitchell is fit and it was only the season prior that he averaged 116 from all 22 games … that’s 20 points more than what he’s priced at. While some might umm and arr about starting him, don’t overthink it. Lock him in! Also, there’s no chance he’s going around his 96 average in Draft. Consider him if you’ve locked in a FWD or DEF in your first two rounds. He will be in the top handful of midfielders… top 10 at work in my opinion.