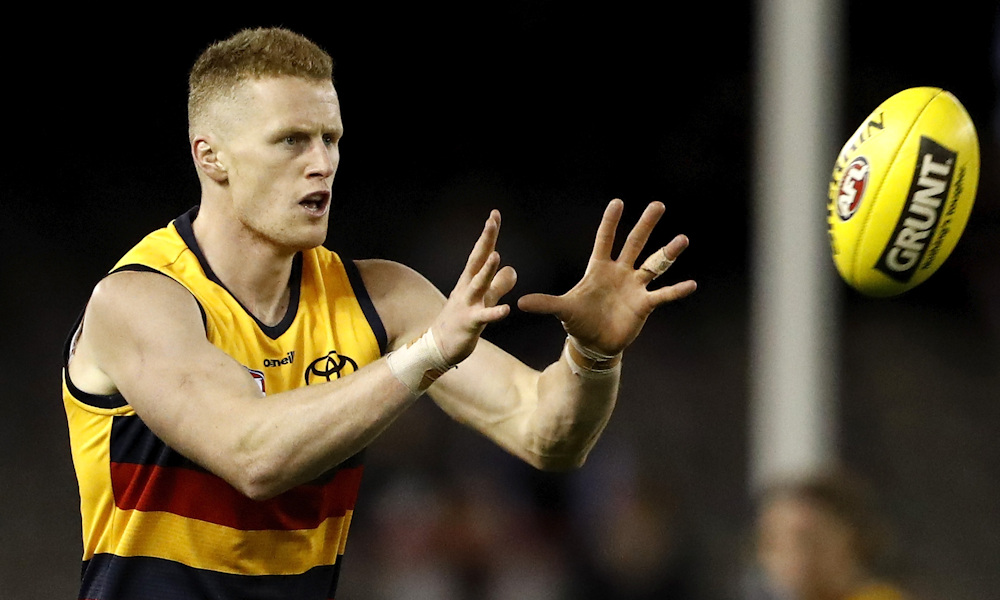 Alright, there are plenty of reasons why you should be picking ROB and to make it easier to understand, let’s put them under nice little headings.

Under-Priced
If you are like me and believe that ROB is capable of average 95+, then yes, he is under-priced by about $70,000. As you know, ROB has done this before and prior to his last season where he averaged 86.2, he did average 108* and 96. This is where he is at. His average is only so low because of the way he started 2021 when he stunk and averaged 78 in his first ten games thanks to his start of the year that saw him score 51 and 48 in his first two games.

Save $170,000
Grundy is currently in 35% of teams. For $170k less, this could be ROB. Grundy is being paired with the likes of Preuss and Witts, which is fine… but ROB could be your premium in this scenario at a fraction of the price. So sit ROB next to the value picks and see where you can spend that extra $170k. Instead of owning Jaeger O’Meara… you now have Jack Macrae or Tom Mitchell.

Unique
Hold your hat… ROB is in only 3% of Fantasy teams. There is meat on the bone and he is capable of averaging mid-90’s to 100 and he’s unique as.

Form in Last 10
As I said above, ROB struggled early last year and averaged 78 in his first ten games, but 95 in the remaining ten. This is one of the main categories we look at when selecting our players for the next season. Compare this Grundy… he averaged 98 in his last ten games and only 92 in his last six. ROB’s numbers are equal to or even better than the man who sits in 35% of current teams.

He Has No Friends
Unlike other rucks in the game, ROB has no friends. What I mean by that is… he rucks solo. Occasionally Thilthorpe pinch hits in the middle, but very rarely. Thilthorpe averaged 7% of CBAs for the Crows last year and is much better suited up forward. Gawn will battle with Jackson, as Preuss will battle with Briggs and Flynn… however, ROB won’t battle with anyone!

Burnt You Last Year
If you owned ROB last year then you don’t want him again. He was inconsistent and gave his coaches headaches. He had many scores under 60, which included scores of 51, 48, 54 and 59. Owning a guy like this, scoring like that… is torture.

Value Else Where
If they are fit and ready to go… you can save $151k by owning Witts instead, and $356k with Preuss. I’m not sure if you can run the gauntlet with both but whoever shows the most this pre-season should be getting a gig in your team.

Tough Start
As you can see from my little graphic (based off 2021 scores against), ROB has a tough start to the 2021 season meeting Sean Darcy, Brodie Grundy and Scott Lycett in the first three rounds. For a guy who started the season so slow last year, this is not ideal. Even in 2020 when he averaged 108*, he started that season with 63. Once again… Not ideal.

KING
I have ROB ranked as the third best ruckman in the game, behind Grundy and Gawn. Lots of people will find that hard to believe, but I reckon in 2022 he has the measure of Sean Darcy and Rowan Marshall. ROB has averaged 108 and 95 before last season. He is a 95-100 guy, just like he was in his last ten games of the year.

The 3% ownership is what shocks me. People are hot on the likes of Lachie Neale who is basically the same “under-priced” option with the same meat on the bone. Neale should average 105-100 (10-15pt upside), which makes him the same “bargain” as ROB but just in a different position.

ROB is in my current squad. At this stage, he flips in and out of my team along with Grundy and Preuss.

FOLLOW US ON TWITTER: @DTTALK for all things AFL Fantasy (and more). Got something to say about the deck or AFL Fantasy in general? Join the conversation and use the hashtag… #AFLFantasy.