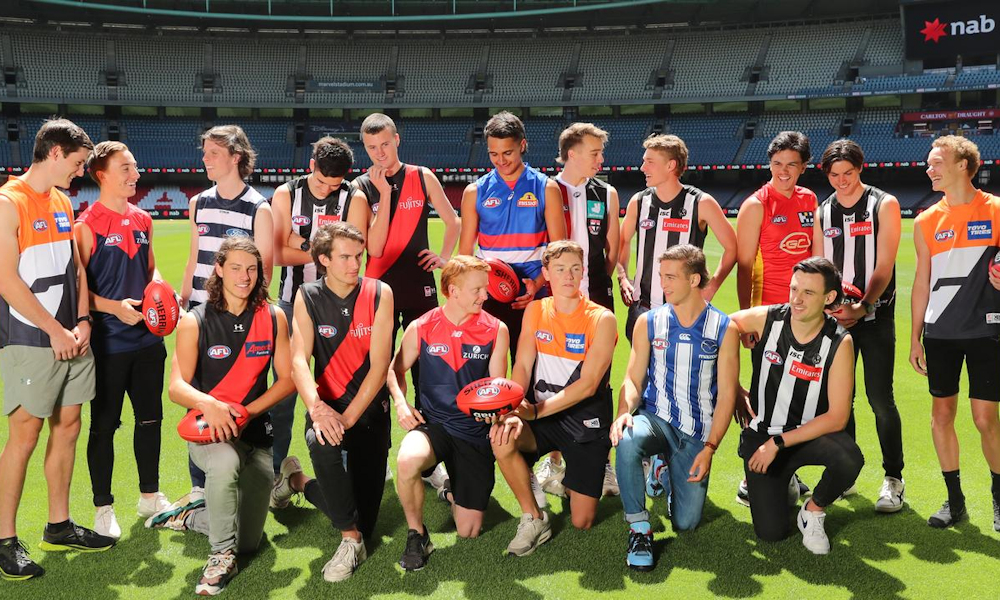 Callum Twomey from AFL.com.au joined the boys to chat through the best Fantasy options from last year’s draftees and some of the players who are yet to debut. With Braydon Preuss’ shoulder injury, Roy, Calvin and Warnie try to make sense of who to pick in the ruck.

2:00 – The Traders started their keeper league on the weekend.

5:40 – How not to annoying your mates if you’re doing a slow draft.

9:30 – Rowan Marshall‘s injury isn’t tracking too bad and potentially play in round two.

13:00 – Hear about how Jackson Hately went in the Crows’ intra-club match on the weekend.

16:00 – Dyson Heppell is set for the half-back role at the Bombers and is one to watch in their scratch match against Carlton this week.

19:30 – News that Zac Williams may play a 50/50 MID/FWD split with Jack Martin has Calvin sounding the alarm.

24:00 – Callum Twomey on Lachie Jones‘ chances for the Power.

26:00 – Mature aged recruit Tom Highmore is a roughie for the Saints down back.

29:40 – James Rowe is pushing for a small forward spot for Adelaide.

32:00 – Does Riley Collier-Dawkins get a game ahead of Thomson Dow and Jack Ross?

39:00 – Max Gawn is the simple replacement for the injured Brayden Preuss.

42:10 – Calvin considers some cheaper ruck options such as Jarrod Witts.

50:00 – Who averages more out of Caleb Serong and Zac Williams?

54:50 – Who do you pick out of Dyson Heppell, Jackson Hately and Jye Caldwell?

59:00 – Now that Bailey Smith is single, will his Fantasy numbers increase?