WATCH: Roy, Calvin and Warnie take on Jono, Statesman and Cam from the Draft Doctors. 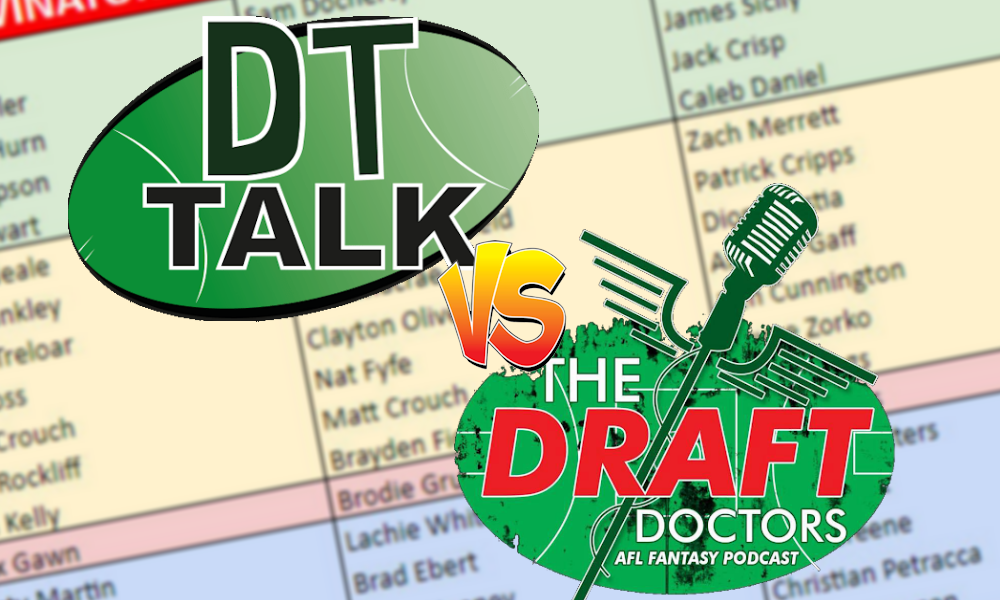 We threw down the challenge of the Pick One Draft to the lads over at the Draft Doctors. Roy, Calvin and Warnie taking on Jono, Statesman and Cam over a few beers as they try to select a team made up of one player from each club in a 5-7-1-5 format (ie. five defenders, seven midfielders, one ruck and five forwards).

The draft order, as picked via a random wheel spinner:

Roy, Calvin and Warnie from DT Talk take on Jono, Statesman and Cam from the Draft Doctors in a Pick One draft.Each coach will pick a team of 5 defenders, 7 midfielders, 1 ruck and 5 forwards with only one player allowed from each club.Draft order is:1. Cam2. Statesman3. Jono4. Calvin5. Warnie6. Roy

Want to have a crack at your own Pick One Draft with your mates? Open the Google Sheet and copy or save it so you can edit it. Choose the number of coaches from 2-8 from the tabs at the bottom.