Which players performed much better in the finals than they did in the H&A? 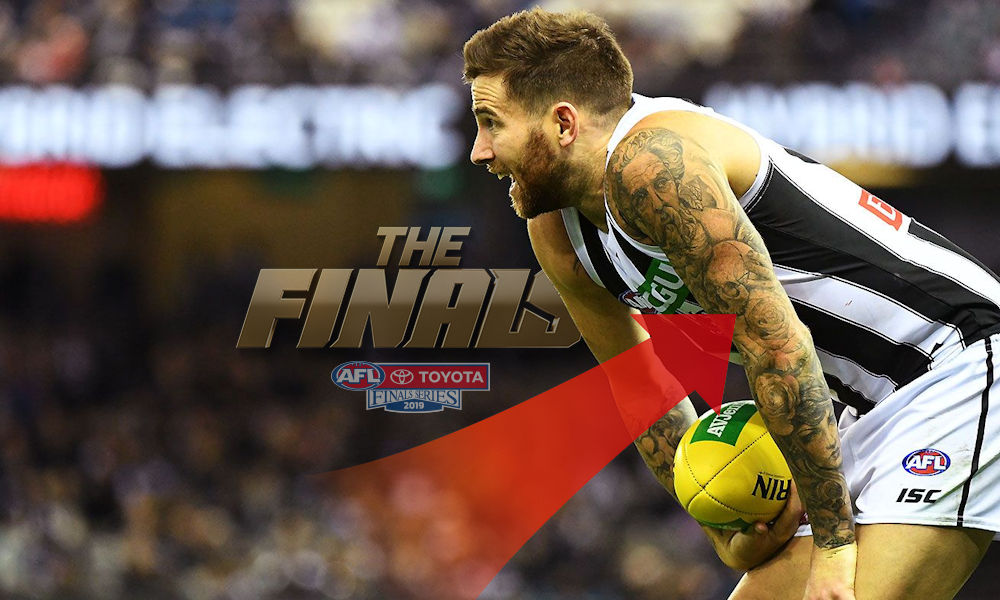 The AFL finals are always a disappointment for fantasy coaches because the real season is over, but the upside is that we can get an insight into next season’s prospects without monster scores affecting their price.

We’re working with a small sample size because only GWS played all four games, which is barely anything to extrapolate from as it is.

But here are the five players who have the biggest differential between finals average and home and away season average, but played in at least two finals at an average of 80 points or more:

After his worst fantasy season since 2015, Jeremy Howe turned things around during the finals with 107 and 114 in the two games Collingwood played. He’s been a solid pick in defence for the last three years too, averaging 82.3, 90 and 82.3 again.

He’s understandably in just 1% of teams at the moment, but his performance in the finals means that it’s worth keeping an eye on him in the Marsh Series in case he keeps tonning up.

A lot’s been written about Joel Selwood this pre-season, but in a nutshell he’s priced at the lowest average of his career after playing on the wing last season. That all changed in the finals though, when he was chucked back into the guts and pumped out 113, 116 and 75.

Injury concerns are a worry, but I wasn’t too hot on him anyway. Geelong rested Selwood by keeping him away from the action during the home and away season and still topped the ladder, so I don’t see why they’d be in a rush to change that up. And sure Tim Kelly’s left, but there’s a wealth of talent who’ll be competing for that extra midfield time.

Rupert Wills only managed seven games in the 2019 home and away season, so he receives a 9% discount to take his price down to a 61.2 average. That creates a 27.8 point differential with his 84 and 94 in the finals, which was boosted by a monstrous 25 tackles across the two games.

He’s awkwardly priced in classic so might be a better pick in draft, but I’ll be keeping an eye on his performance in the Marsh Series. He played in the guts from Round 20 onwards and was trusted there in the finals, so there might be big things in store this season. Especially when Collingwood will be missing Dayne Beams for an unknown chunk of 2020.

Tom Lynch is already on the radar of many fantasy coaches enthused by his superb end to 2019. Robbed of a proper pre-season, he improved throughout the year with a 53.7 average before the bye and 74.9 after.

Key forwards are usually a big no-no in fantasy, with dual MID/FWD status the key to big, consistent scores. But the value’s there and the Richmond spearhead will only improve as he capitalises on better fitness and leads up the ground for that juicy +6 mark-and-kick combo.