The Seven Stages of Fantasy Off-season

Hamish takes us through the seven stages of the off-season that we can all relate to. 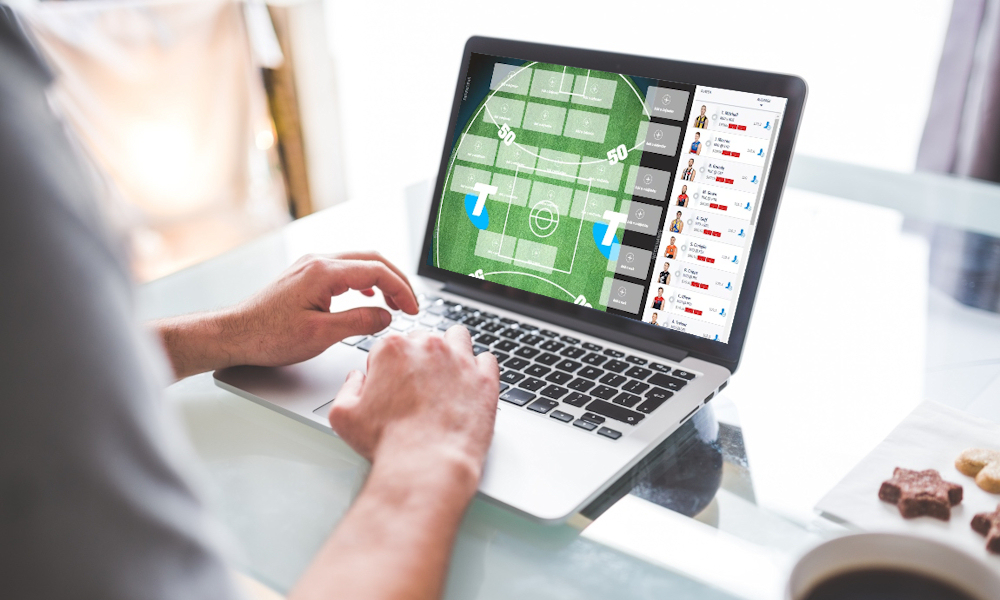 Unless your name is Selby and you’ve got two Toyotas in your driveway courtesy of the good folks at AFL.com.au (or any of the other previous winners) then you’ve probably finished the previous season thinking next year will be different. Next year is a beautiful place. In next year you’ll pick the right guys, you’ll win your league and rub it in the face of your mates, and you’ll get that trip to the MCG and brand-new car, even if you must share it with Selby.

The first stage of the Fantasy Off-season runs from October through January when the website relaunches, and you finally get your hands on the unlimited trades to start tinkering.

As they say, pride cometh before the fall and this is the last positive moment of your fantasy offseason. The excitement and optimism of the launch has now led you to the undeniable conclusion that you have indeed picked the best possible line up. You’re the Picasso of Fantasy and this is your masterpiece. You’ve even snuck in the little-known development player from your favourite club that you know is actually a future Brownlow medallist because you saw him dominate in the only 20 minutes of reserves footy you watched last year.

A discounted Sam Docherty, that’s a no brainer? Nope. The prime pig Tom Mitchell, come on down! Snap and he’s done. Taylor Adams a lock for bounce back year? See you later.

Before AFLX has even managed to generate copious amounts of twitter rage, it feels like half your team has been decimated. Your masterpiece is starting to look like a toddler’s scribbles.

You followed the draft, saw some handheld camera footage of a 17 year old running away from a pack, you’ve read a few preseason reports and you’ve got excited about a crop of mature age draftees who you’re convinced are ready for AFL footy despite the fact you’d never heard of them and only know about them because their name popped up in one paragraph of a preseason article.

But as the summer wears on you start to realise all the club released media may have been misleading you. ‘Classy mover’ is just code for ‘gets 4 touches a game’ you see a photo of the ‘absolute jet’ and realise he weighs 65kgs and all those mature age rookies are either being played as the deepest forward pocket you’ve ever seen or they are the backup for the backup.

The sure-fire guns and rookies approach you had now relies on six teenagers who will be lucky to scratch 40 points if they get selected at all.

Sitting through 4 quarters of Gold Coast v Bulldogs is difficult at the best of times, but when it’s a JLT game played in a paddock in Mackay with 40 degree heat its borderline insanity. But old mate you were thinking about to be your 3rd ruck just went 8 minutes without getting a touch so he’s gone!

You told your self to #StayStrongJLT but hitting the trade button to bring in the guy you just saw dominate it the dopamine hit you need right now. Just one change can’t hurt can it? Then before you know it, you’ve eaten the hole tub of ice cream and every bloke who scored 120+ in JLT 1 is in your team.

This is the point where you start to wonder if you should give Fantasy away. I mean, this can’t be good for my health, right?

You wake up. It’s 4:24. But is it late February, or is it the Saturday of Round 1? Was I dreaming or did I forget to go back and add that F6 I was tinkering with? Did I miss lock out? I’ve been booted from leagues and now I’m 2000 points behind everyone else!

These are the Dreamteam Nightmares, you’re entering the last stages of Fantasy off-season as Richmond v Carlton edges closer.

You’ve arrived at the final destination. Complete and utter chaos.

Your team is now full of all types of gate crashers you never invited to the party. You hadn’t put a second of thought into Jack Crisp all preseason, but now he is your D2. All your locks from January are long gone replaced by a bevy of midpricers you couldn’t ignore from JLT and some rookies you’re 99% sure aren’t going to play.

There is now no hope. The only option is to clear the team and start again.