Semi unique, Clayton Oliver isn’t on many radars so see why Jeppa is bringing him into the limelight. 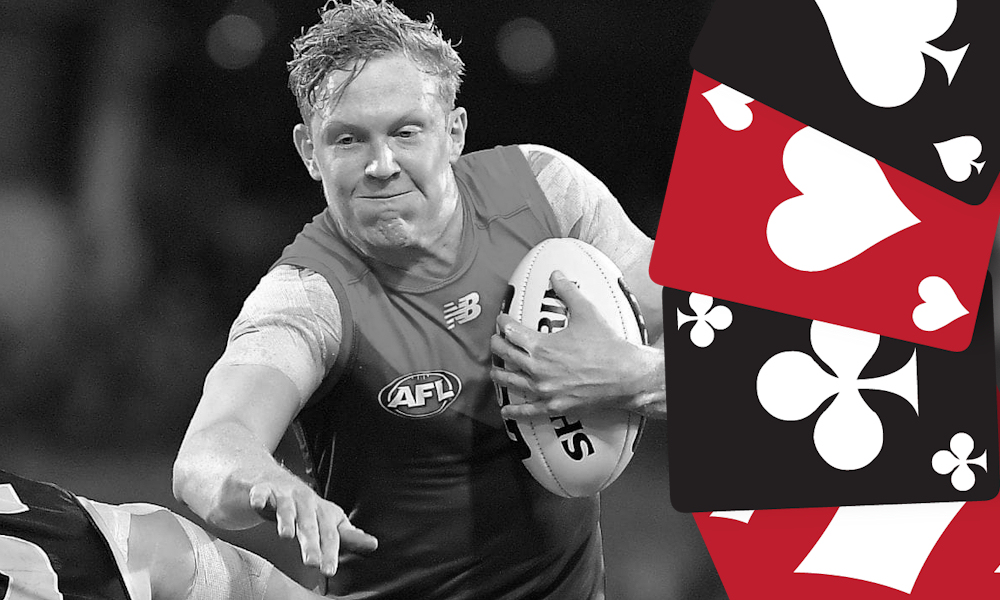 I’d struggle to find an AFL fan that didn’t think Oliver was already a jet. In just his third, yes third AFL season, Mr Oliver not only blitzed the comp in total disposals, contested possessions, tackles and score involvements, he also had the 6thhighest AFL Fantasy average of any midfielder. At 21 years of age, there is no doubt in my mind that this inside mid is going to improve his game and 109 Fantasy average…it’s just a question of ‘by how much?’

Most teams will start with 4 premium mids and Oliver is basically a unique (current 10% ownership) that just has to be there in my opinion. Melbourne are primed for big things in 2019 and Oliver is the main cog in the Dees engine room. Fun fact…Oliver has played every game for the past two seasons and he’s hard as a cat’s head so durability is definitely a plus when picking Oliver.

One thing Oliver is underrated for I reckon is his high ceiling. Last year he had 120+ Fantasy points on 8 occasions, which is a 36% strike rate! I need to highlight to you that Captain picks won’t be automatic this AFL Fantasy season so selecting players like Macrae, Cripps and Oliver with a very high scoring potential is so important.

Just an FYI, Champion Data predict that Oliver is the next AFL superstar! Here’s the link.

Being Melbourne’s best mid, Oliver has a target on his back for the tag. As we all know, Clayton will still win the contested stuff but he’s likely to be more handball happy with someone right on his tail which will affect his scoring potential. Not all teams go with a tag in modern day footy thankfully and it didn’t seem to phase him too much last year scoring below 90 Fantasy points on just 6 occasions during the home and away season.

Having Viney around and injury free does help Oliver with the tag slightly but it also hinders his ability to be first to the footy. It’s not panic stations but Oliver did average 102.6 playing alongside Viney which is down on his 109.1 for the season.

Oliver doesn’t come cheap but keep in mind that you’re paying for quality. Picking Oliver is like ordering a long macchiato, you pay an additional 50 cents for the extra shot but it’s so worth it at the start of your day or in this case, the start of your AFL Fantasy season. I do raise an eyebrow when my desired premo’s have had preseason surgery and Oliver is one who’s gone under the knife for twoshoulder reconstructions which has restricted his preseason to date. An interrupted preseason means there is a risk that Oliver will drop in value in the first handful of games of the season.

ACE – Oliver is a star. No Titch this year means there’s another starting midfield spot available in your AFL Fantasy team and the fiery red head is a supreme option. Oliver hits every stat line and at his age, with another preseason under his belt, there’s no doubt in my mind that he’ll improve on last year’s 109 AFL Fantasy average. I’m tipping the vanilla premo mid picks to start will be Macrae, Cripps, Kelly, Crouch and Merrett so there is some uniqueness when picking Oliver which will put you ahead of the pack. For me, he’s locked and loaded on the proviso that he plays JLT and I’m tipping that he’ll develop a little snout this year.

FOLLOW ME ON TWITTER: @JeppaDT for all things AFL Fantasy and more. Got something to say about the deck? Use the hashtag… #DeckofDT.