He’s the most expensive* player in the competition. Do you start him? 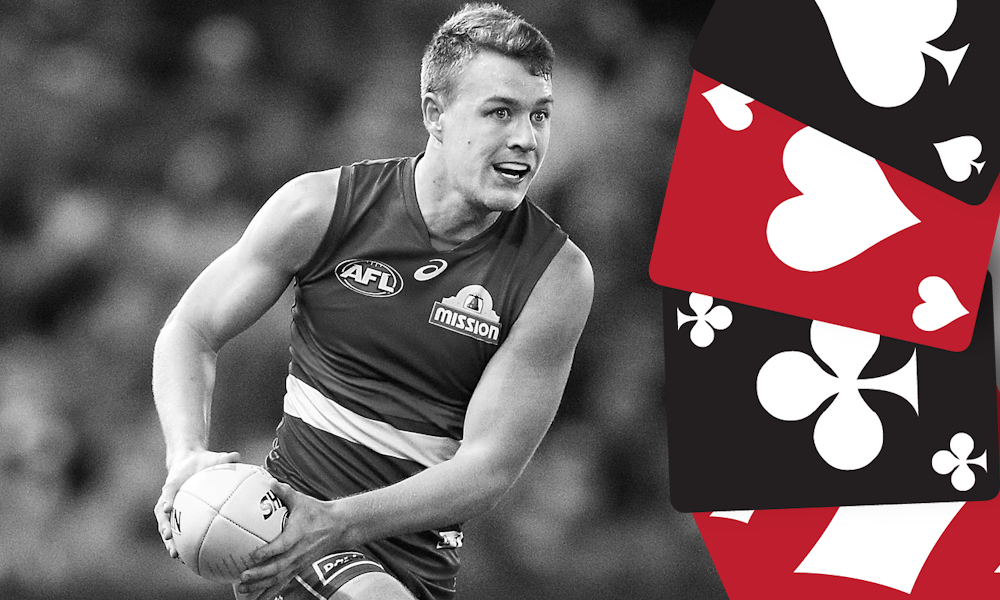 Gaff (111), S. Coniglio (110), P. Cripps (109), and C. Oliver (109). All good players and all are worthy of the price. You can keep going down the list of midfielders in AFL Fantasy and you will see names such as J. Kelly, A. Treloar, S. Ross, E Yeo and so on. There were only 2 midfielders who averaged 120+ last year, the fantasy pig himself (T. Mitchell) and a Jack Macrae. If you review Macrae’s fantasy points over the last five years, he has been a very consistent player with a high ceiling. When he lost his status of DPP status last year (MID/FWD) many would have doubted that he could increase his average to anything past 110. In 2018, if you were one of the coaches that picked Macrae early on, you would have been rewarded. Those that follow me on twitter and from the conversations that I heard walking into Newsagencies, many coaches in the top 100 AFL Fantasy teams attributed their high ranking early on because they picked Macrae. From rounds 1 to 7 last year, his percentage ownership in the top 100 went from 1% to 19% and from there on, it was a matter of everyone trying to add him in to their team at a premium price. Even after his injury in round 13, by years end he was the second most picked player just behind T. Mitchell.

As time unfolded, Macrae showed us that he was capable of consistent high output and he pushed that scoring ceiling to new heights.  In round 23, he scored a whopping 190 points!  If Macrae was a stock in the ASX, he turned from a speculative stock to a blue-chip stock and finally a blue-chip stock that gave fully franked dividends.  Last year he broke that 120+ ceiling in 10 occasions.  If you are looking for value for money, I’m sure you can find cheap midfielders that have a lot of potential upwards. If you are looking for a prime midfielder that is consistent and has a high ceiling, here he is.

The fear of the tag. With the WCE winning the flag last year, will this set a precedence that a strong and close tagger is required to win a premiership? As with Titch last year, many coaches this year will have some fears about the hard tag on Macrae.  He was tagged by Adelaide and WCE in rounds 9 and 18 last year. With scores of 144 and 76 respectively, there is not enough data to say either way on how he will handle a tag. Where he received some close attention from Hutchings (WCE) in round 18, Macrae was limited to 7 kicks which was considerably lower than his average (16) last year.  Is Macrae the number one tagged player in the Western Bulldogs or will most team still tag M. Bontempelli?

Another concern that coaches will have this year is his price tag. At 890K, he about 90K more expensive than player such as Gaff, Coniglio, Cripps, Oliver, Kelly and so on.  Can you afford selecting Macrae when your balancing the books? There are strong arguments that you can spend the surplus 90K more wisely and appropriately.  Is this the year that mid-price player madness rules? Certainly, Mr Back to Back himself @MoreirasMagic did not start with Titch last year and he still managed to keep up with the rankings and ultimately tie for that big prize.

ACE – Macrae comes with a premium price tag because he showed us that he is a premium AFL Fantasy player. In the absence of Titch, I am predicting that many will start the year with him as the no 1 MID. If you are looking for a unique player and/or a cheap MID, then Macrae is not a ‘must have’.   There are other ‘value for money’ players in AFL Fantasy that can fill that 110+ positions and is cheaper than Macrae. However, if you are after a set and forget midfielder, a must have vanilla, Macrae should be on the top of your considerations.  He has the potential to go 120+ again and he can easily heal the wounds that most of us felt when T. Mitchell went down with a season ending injury early this year.

FOLLOW ME ON TWITTER: @ricontop for all thing AFL Fantasy (and more). Got something to say about the deck? Use the hashtag… #DeckofDT.