JLT is here and so are plenty of team tweaks! 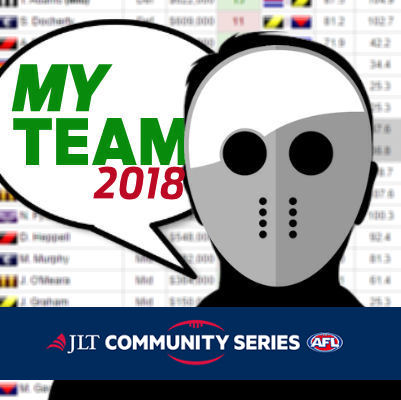 The JLT Series is here, so a new version of My Team. Version 3 will run through the JLT Series… so get your chatter happening as the games play out.

Post your team (in an easy to read format) and discuss where it’s at in the comments below. Now that we have My Team cranking, discuss any players, team structure, etc in the comments. As always, keep it civil and if you’re advice, make sure you dish out some of your own (make sure it well thought out and not blatant trolling – we’re totally over that after 10+ years of DT Talk!).

Get keen for a massive season ahead.