Discuss round 8 as it unfolds in the comments. Proudly brought to you by moneyball.com.au. 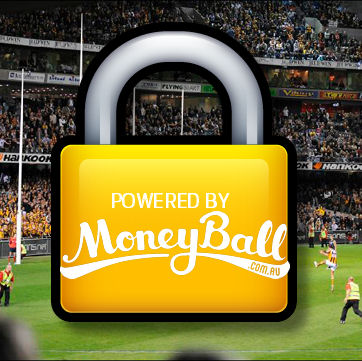 Did you have a crack at Moneyball last weekend? The daily fantasy wagering game is going great guns with plenty of members of the DT Talk community getting involved.

Just a quick rundown on this weeks round 8 AFL contests starting with $8,000GPP on Thursday night for the Eagles vs Bulldogs clash. There is also a 975* target special set up for this game which has a jackpot of $2,150. These target contests will also be set up for the Saturday Slam and Sunday Funday. There’s over $35,000 guaranteed in prizes this week.