Rory Sloane is looking to be a must-have this season as he becomes the highest scoring & most expensive player in the game. 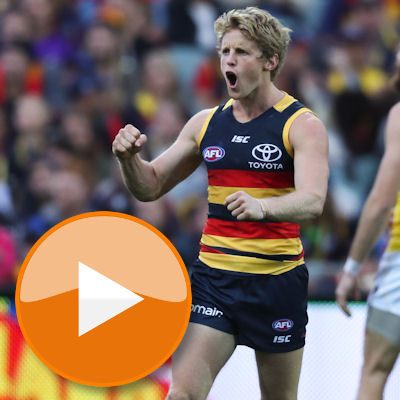 The Crows are flying, sitting at the top of the ladder at 6-0 and Rory Sloane (MID, $720,000) is leading the way as the top scoring Fantasy player in the competition.

A fracture of Sloane’s eye socket interrupted his pre-season limiting his ownership. Even some coaches who started with him when named in round one decided that 68 wasn’t good enough and traded him out.

The five round average of 144.2 is a true indication of his form and less than 15,000 coaches own the most expensive player in the competition.

Is Sloane a must-have? If he continues this form, then yes. A breakeven of 89 means that he isn’t getting any cheaper.

The Traders will discuss whether you should shell out the big bucks for Sloane or other premium players around that $700,000 mark or do you look for a fallen premium as cash is hard to come by this season.