Footy is back, and so is Moneyball! Jump inside for this Thursday’s top DFS tips from a guy on the front lines. 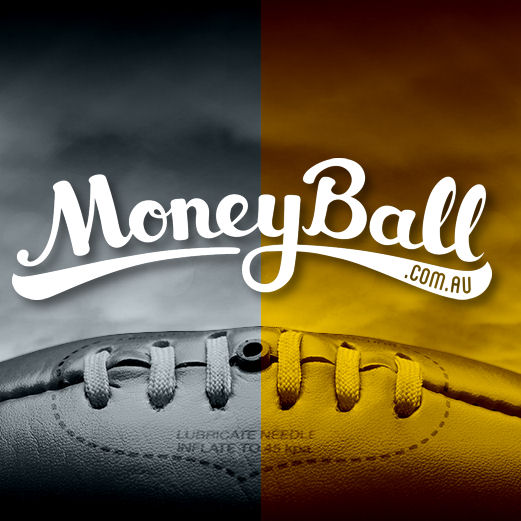 As expected, everyone’s in AFL Fantasy mode ahead of Round 1 lockout and while the intense focus on cashcows will help you immeasurably in season-long versions of the game, it’s not essential for Moneyball – so don’t get lost in the panic of unearthing rookies. Jarrod Pickett ($3,500 MID) has a very limited scoring ceiling (even if he is named on a wing), Sam Petrevski-Seton ($4,500 MID) wasn’t sighted all through the JLT with a thigh strain and Dan Butler ($3,800 DEF) is your classic one-and-done candidate from Richmond each year.

From the players we already know, Marc Murphy ($8,400 MID) is hard to trust – and at a surprisingly lofty price given his indifferent 2016 season. The Carlton Skipper managed scores of just 59 and 77 over the JLT Series, well below his blistering best that we’ve seen in seasons past from a natural born ball magnet. In my opinion, we might have to wait a few weeks for Murph to readjust to top level footy (and for his price to drop accordingly) before we sign him up for our squads.

While many coaches will rightfully lock in Nank the Tank in the ruck, Moneyball’s new FLEX position means that you can also sneak in his direct opponent in Matthew Kreuzer ($6,500 RUC). He was dominant around the ground as Carlton’s sole ruck this pre-season, averaging 16 touches and 94 Moneyball points; his modest price shapes as a huge bonus.

New recruit Josh Caddy ($7,700 MID) is potentially underpriced if Richmond’s promise of more midfield time comes to fruition. The former Cat’s price is based on his output as a forward last year, but it’s easy to forget that Caddy once averaged 108 over a 10-game stretch two years ago filling a midfield niche for Geelong.

A new forward role could boost Jacob Weitering’s ($5,300 DEF) fantasy output after starting his career in defence. Over his last two JLT outings, the second-year Blue managed to pump out averages of 80 points and 9 marks a game. I don’t love his chance of seeing a lot of footy close to the big sticks, but thankfully Weitering seems to employ the Riewoldt Method of running up the ground in his hunt for clunks.

As Richmond’s newly crowned lead ruckman, Toby Nankervis ($5,700 RUC) is almost a must-have in all forms of fantasy. If you want a guy that not only competes in the air, but also links up around the ground (averaging 15 touches and 4 marks over the JLT) and isn’t afraid of laying a tackle, then Nank is your man. Additionally, Kreuzer was one of the lowest ranked tap ruckman over the pre-season, so don’t be surprised if Toby sees a spike in his pedestrian hitout numbers this Thursday.

Sam Docherty ($9,100 DEF) has played the Tigers twice as a Blue, churning out scores of 99 and 107 as a backman. Interestingly, he’s been named on a wing for this weekend… Hmmm. Regardless, Docherty is a sure thing in a minefield of a Carlton squad, the one constant behind the ball for a team without much identity outside of what he and fellow teammate Kade Simpson ($9,100 DEF) bring to the table. Pick either with confidence.