Round four lockout is close. Get Nic’s tips for your BBL Fantasy team. 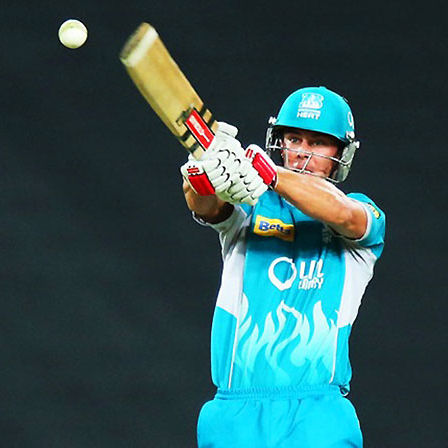 Sorry for the delay everyone, here is this week’s round four preview.

If you have any of these players in your team, get them out.

On the Chopping Block

Andre Russell’s fall from the best Fantasy player of BBL05 to where he is now has been staggering, BUT I’d be willing to give him one last week. Hold him and if he doesn’t perform, swap him for Aaron Finch in the Renegades’ double game round this week. Shane Watson looked like a man who hasn’t played cricket in 12 months, but I’d give him another week too. T20 is a game of luck at times and you should give both of these guys another week. Kumar Sangakkara would also be on this list if it weren’t for his price.

If you don’t have Chris Lynn in your side this week, you’re in for a world of hurt. It’s as simple as that. Brendon McCullum is probably also someone who will be in the majority of teams. If you’re looking for a POD, try Mitchell Swepson who will only cost you $57,600.

Keep DPP on Your Bench

At this stage of the year, your team is bound to become a little disjointed from using three trades every week, mostly on double game players. You should try and make sure you have a DPP link on your bench because it opens up your team for trades and covering byes or injuries. If you can maintain it, you’ll have an edge going into the back end of the season.

After my number one captain option was carried out on a stretcher last round, I’m a little hesitant to go again, but let’s breakdown the best options.

Good luck in round four! Hopefully you’re doing better than me.