Nic is back once again to help you with your 2016/17 BBL Fantasy team with players to avoid. 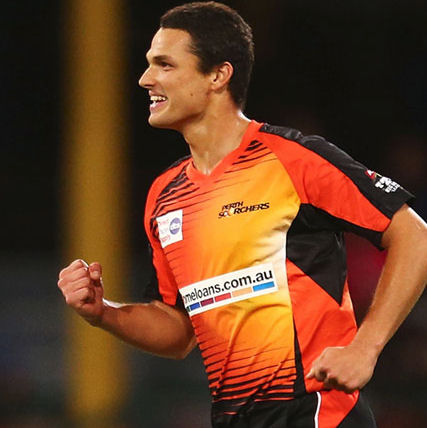 This article is pretty self-explanatory. Here is a list of players you should not be touching for your round one BBL Fantasy team for varying reasons. Of course, most of these aren’t a hard and fast rule so feel free to be rebellious and select them anyway!

Basically… just don’t pick anyone in the test team – or anyone who plays for the Sydney Sixers because it would seem their entire squad is the test team. These guys might play one or two games max. You’re much better off looking elsewhere. Look out for the full test squad and cross them ALL off your list.

Watson is out until after Christmas with a calf injury. He’s worth bringing in when he returns, but stay away for the time being.

The Scorchers’ two big quicks are both also on the injury list so don’t go picking them.

If any of you spend $95,600 on Daniel Worrall I will find out where you live, break your door down and give you a stern talking to.

This is more of a feeling than anything. Etihad Stadium was a nightmare for spinners last season and that could see Narine being hit for some big scores. Pick him with caution.

He may seem tempting at $45,400, but Botha is not a player who scores well historically. He bats too low in the order and his bowling isn’t good enough to warrant selection in your team.

Doherty was once the number one short-form spinner in Australia and even has a BBL hat-trick to his name. Now he finds himself behind both Sunil Narine and Brad Hogg at the Renegades. Doherty is priced at $45,200 and was a victim of Etihad Stadium’s turf last season. As I’ve tried to make abundantly clear – spinners don’t score well there… and yet the Renegades have three of them… go figure.

I’d hold off on picking Mitch until we see what kind of performance we’re going to get from him. He’ll probably be in good shape, but he’s not the kind of bowler who traditionally has a good economy rate and that can be vital to BBL Fantasy. Give him a few rounds before making your decision.

Feel free to jump into my BBL Fantasy open league: 318130