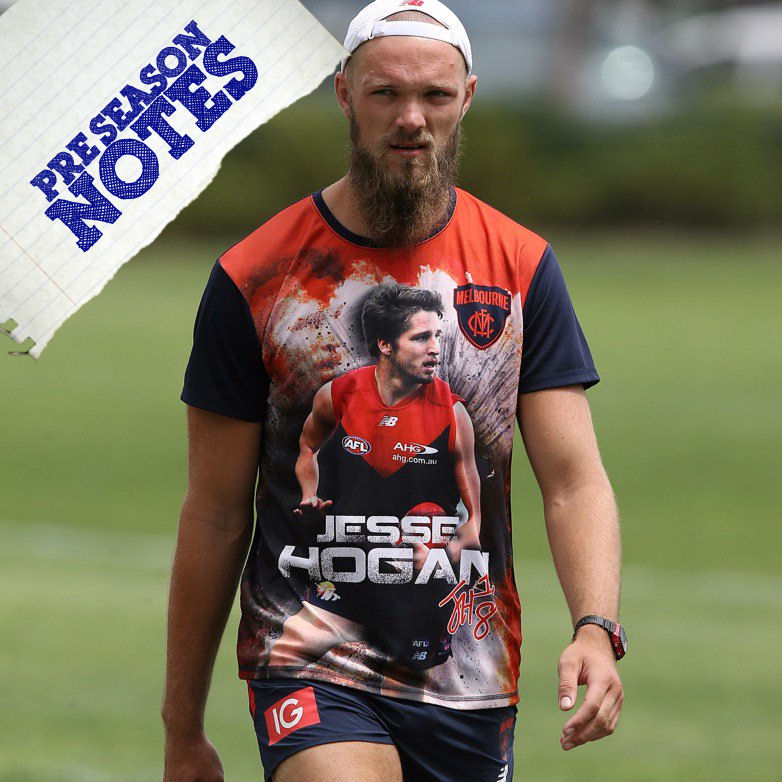 Yet to play a game at the Dockers due to an ongoing calf injury, Harley Bennell has suffered a minor calf strain in his left let, the opposite to the one that gave him trouble in 2016. The 24-year-old will head to Germany to consult a Doc and the club is positive about him being available for selection in round one.

Also in the article reporting on Bennell is the news that Lachie Neale has had a minor procedure on his right knee and will resume training in early January.

Superstar Blue Patrick Cripps will be sidelined for up to three months after suffering a stress reaction in his lower back. Carlton are confident he will be ready to play in the pre-season competition, however this still rings alarm bells for those Fantasy coaches considering him in their 2017 squads.

The Carlton bargain to keep an eye on is Marc Murphy who played just ten games this year. He will be priced at his 2016 average of 79.8 – a long way from his PB in 2011 of 111.4 and well below his career average of 94. I’m sure we’ll be hyping him a fair bit in the next couple of months.

Game Over for the artist formerly known as Harry O?

It sounds like Herritier Lumumba will be hanging up his boots.

In the 2km time trial around Princes Park, it seems every Bomber hit a personal best. Patrick Ambrose, Brent Stanton, David Zaharakis, Alex Morgan and Travis Colyer were the top five over the line. Morgan has impressed, but his VFL fantasy numbers aren’t that flash from this year, an average of just 40 from his ten games.

Neal-Bullen averaged 29 disposals and 110+ #AFLFantasy and #SuperCoach points in the VFL. Finished 3rd in the 3km time-trial.

Nat Fyfe came fifth signalling he is all good following his broken leg that saw him sidelined after five games. His average of 98.6 will possibly be discounted making him a bargain midfield selection. Fyfe’s two seasons prior saw him return 102.2 and 104.8.

Chris Yarran will return to Western Australia after being released from his contract with Richmond due to mental health issues.

It was great seeing you on the weekend brother and it is so hard to see you finish like this but you'll always be the biggest gun in my eyes, I have missed playing beside you but I'll always be here for you. To all my brothers in AFL, I know it can get tough at times but we just have to speak up and help each other out it's hard seeing young indigenous players pack up and leave. Mental health doesn't discriminate. To the AFL fans, keep your commentary on this topic appropriate, you NEVER know what people are suffering from, these types of situations need support and understanding, not jokes or ridicule.

Power players to return after Christmas

Both Angus Monfries and Charlie Dixon will return to full training after Christmas following surgeries. Monfries has undergone shoulder surgery due to an injury at training last week. As one of the banned Bombers, the forward could be a good option whether he gets a discount or not based on his 2015 average of 64.4, a long way from the 81.4 he averaged in his first year at the Power. If you’re considering Dixon, don’t. Not only due to his ongoing ankle problems but because he doesn’t tick any boxes for Fantasy.

Third man up to go?

Apparently the third man up could be on the way out. There is a rules summit in Sydney on Friday and according to Stevo, we might see more one-on-one ruck contests. This would, as he tweeted, be a good thing for the big solo ruckmen.

Rules summit Sydney on Friday, third-man up could be scrapped … https://t.co/VS8pn4DAKq

It seems that all players from clubs who didn’t make the eight are officially on the pre-season training track. Other clubs have started up and over the next couple of weeks or so they will all be back into it.

Some tidbits from Monday.

Taylor Walker, Rory Sloane and Curtley Hampton came back two weeks early to Crows training. Hampton is of interest due to not playing a senior game at his new club. He played the second half of the season in the SANFL (following an injury lay off) for an average of 70 from 11 games. Hampton should be discounted to under $200K as could Riley Knight who won the 2km time trial.

Calling his 2016 season very disappointing, Daniel Rich has a spring in his step and is keen to improve. I’ve been a sucker for Rich for many years, but I’m not sure he improves enough on his 81.8 average to make me want to pick him… despite having the ability to average more than 90 if things go his way (tags, role, etc).

The little master didn’t start training with the Suns today. Gary Ablett has been granted an extra week of leave for his honeymoon.

Jaeger O’Meara was back at Waverley Park but was on limited duties. His knee was strapped as he participated in stationary handball drills. O’Meara will be a bargain in AFL Fantasy Classic, but we’ll have to be pretty sure of his knee before making a commitment on him despite his heavily discounted price.

The Prince, Herriter Lumumba, is still battling issues with concussion from early in the season and he hasn’t hit up the training track as yet. Jack Viney is in the rehab group and won’t join the main group until after Christmas. Clayton Oliver ran laps of the oval.

For the Tigers, Dion Prestia is being eased into pre-season training as is Chris Yarran who has a tailored program to help get him back to full fitness. Neale Balme said that it will be a long process.

Jordan Foote played one game for the Swans for 43 points and today he was the fastest in the 3km time trial. Now, we love our NEAFL numbers and we have to post this one. Foote averaged 105 from 17 games this year.