Here it is, the big dance. The biggest game of the season and our last chance to play AFL Fantasy for 2016. 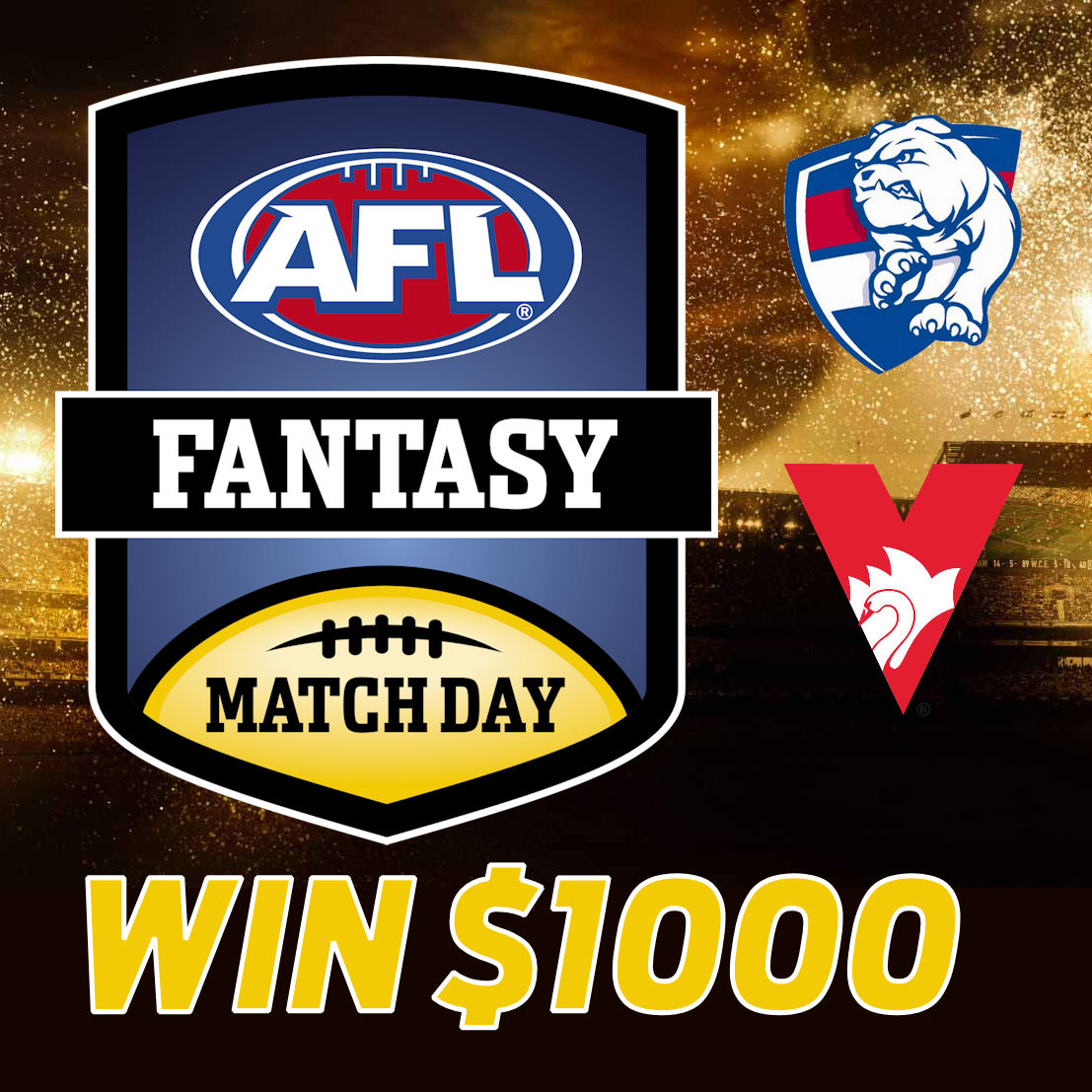 Here it is, the big dance. The biggest game of the season and our last chance to play AFL Fantasy for 2016.

While the Bulldogs and Swans will be playing to hold the cup up at the end of the year, Fantasy coaches can pick their teams of seven for a chance to win $1000. Fantasy Match Day is the quickest and easiest form of Fantasy football and can be played at fantasy.afl.com.au or via the free smartphone app.

On that one day in October, we have two of the best Fantasy teams of 2016 going head-to-head. The Bulldogs were second behind Adelaide for more points for out of the 18 clubs. The Swans were ranked fourth.

The easy options are Matthew Boyd and Jason Johannisen as the two to fill the backline positions. The Bulldog duo have the Fantasy pedigree to consistently pump out great numbers, embracing the way the team from the ‘Scray use the ball out of defence. They also have a high ceiling.

If you are looking to go unique down back, Dane Rampe and Shane Biggs have been solid in the past few weeks, especially Rampe coming off 120, and could be among the top scorers of the available defenders.

Five midfielders from the Western Bulldogs and Sydney Swans averaged more than 100 Fantasy points this year. You can’t go wrong selecting Luke Parker, Dan Hannebery, Josh Kennedy, Tom Mitchell or Lachie Hunter. They all enjoyed big years and posted scores in excess of 130 during the season.

Kennedy has been a big performer in finals over the last few years and would be a safe selection, however, it would be worth considering Mitchell if his tackle count is high.

Jack Macrae and Marcus Bontempelli improved as the season progressed. One of these ball-winning midfielders could be a point of difference for your side, along with Kieren Jack who had 13 tackles in the preliminary final to boost his score.

Swan Kurt Tippett averaged 84.6 during the home-and-away season but was outscored 72 to 56 by teammate Sam Naismith in the preliminary final. You would expect Tippett to step up on the big stage.

Jordan Roughead has posted only one score over 90 this season for the Bulldogs, although relatively consistent of late, you would look to a Swan as your sole ruckman.

Based on last weekend, Clay Smith and Isaac Heeney would have been the best forward combination for your Match Day squad. The Bulldog and Swan scored 140 and 132 respectively and were important factors in their sides’ wins.

Lance Franklin and Luke Dahlhaus were the top averaging forwards for the season and will be popular.

If you’re keen for some x-factor from a pup out of the kennel, Caleb Daniel and Josh Dunkley have posted some impressive Fantasy scores during the finals.