After his 174 last week, will you be going Rocky as your captain? Or will Calvin guide you in another direction? 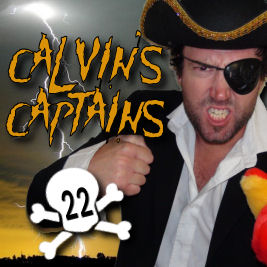 LIVE on #Periscope: Chatting all #aflfantasy for those who are still alive in the game… Like me ? https://t.co/RB2VwwK34O

A PIG FOR A REASON

174… this is why, we make Tom Rockliff our Fantasy captain. No one in the game right now can hit these heights and at the same rate as our beloved pig.

This week it will be tougher though as the pig hosts the Cats at home, a ground he does average 142 at in his last 5 games this year.

Against the Cats he has scored 124 and 140 which is plenty after his game from last week. Dusty managed 132 on Geelong last week but who will Scott Selwood go to? Surely it’s Rich. He is there as a tagger and beat Cotchin (78) hands down last week. Geelong are tough to score on and have only conceded 7×100+ scores in their last four games.

It basically works like this… you MUST back the pig in this week, everyone will be doing it. If you don’t, and he does what we know he can do again this week, your season is over. Done and dusted.

NUMBER ONE, TWO AND THREE

There it is, the Swans have the #1, #2 and #3 ranked players in the game over the last three weeks.

Dan Hannebery tops the list with previous scores of 128, 129 and 145. Hannebery and his men play the Roos this
week down in Tassie at Blundstone Arena.

He scored 125 on the Roos in round 10 and even had 108 back in 2013 when he ventured to Hobart. The main issue I have here for the Swans is that the Roos are very very tough to score against. They are ranked as the 3rd hardest team to score against in the last month and that is even after what the Hawks did to them last weekend.

Smith (146), Mitchell (126), Lewis (126) and Hodge (113) all had a day out and if this happens again, the Swan’s big three will hold their mantle. Honestly though, I can’t see it happening like that again. This will be much more restrictive.

Sitting at #3 based on form with an average of 126 in his last three games is of course Josh P. Kennedy. He carries a lowest score of 105 in his last 7 games this year and even posted 129 and 130 on the Roos in his last two runs. A tag from Dumont is a small concern here as he ran with Sam Mitchell (126) last week.

All these guys should be awesome. But my friends, I crunch these numbers every week and over the year, the Roos have always come out as one of the very hardest teams to score against.

What the Hawks did last week was uncanny. That’s why, I’ll be backing in the numbers and only rolling with one of these boys in my top 5 this week.

Fremantle are giving up nearly 400pts more a game over the last month than what Melbourne concedes. Adelaide last week racked up 7 tons against them. Coniglio had a season high 129 against them in round seven and is in hot form himself after his impressive 121 last week. He’s a super option this week.

Bulldogs the 2nd easiest over the last month? Amazing. Zach managed 127 last week against the Suns and even scored 107 on these guys last year. Under the roof, he’ll be great once again if the Bulldogs continue this trend of bleeding points.

Even though they give up the points, Curnow was the only player last week to manage a ton against the Lions. Dangerfield only managed 93 last week, his lowest score since round 4. Add to this, he will be tagged by Mitch Robinson this week who went to Cripps (90) last weekend. Robbo ran with Danger in round 3 when he had 107.

The one I like more than Danger though is Joel Selwood. He had 108 last week and has killed the Lions in the past with previous scores of 111, 146 and 139. In that game in round 3, seven Geelong boys scored 100+ with Mitch Duncan leading the way with 123. If I had a top 6, Joel would have made the list.

David Zaharakis (136) and Zach Merrett (127) scored at ease last week against the Suns and this week Treloar will do the same. He has been in rocking form scoring 128, 115 and 113 in his last few runs and will be too tough to stop.

Brodie Grundy will most likely only be going up against Brooksby and has been in great touch himself averaging 115 in his last three.

Steven can’t hit shit with a shovel and has only scored 73, 64 and 73 in his last few games. He had 110 on the Tigers last year but must be over-looked based on form alone. Over-looked and maybe even traded.

On the other hand, Nick Riewoldt has hit some touch with scores of 112 and 117 coming in his last two games. He only had 89 on the Tigers last year.

Rory Sloane hates playing Port. He only managed 67 on them in round two and even had an injured 67 against them last year. Surely he’ll break the’67 curse’ this week.

Did you know that Dusty Martin has never scored 100+ on the Blues (13 games) and this week’s opponent the Saints (8 games)? Nuts!

Lachie Hunter v Essendon @ Etihad Stadium – As good as this looks for Hunter, his form is just too horrid to even gamble on this. 0x100+ in his last three, you’d think he’d be better this week though.

Jordan Lewis v West Coast @ DS – 126 last week and even had 110 on them in round two. He’s been cruising along nicely and should be solid again this week.

Bryce Gibbs v Melbourne @ the MCG – Melbourne are the #1 hardest team to score against at the moment. Seriously… shop elsewhere.

Marcus Bontempelli v Essendon @ Etihad Stadium – 137 and 118 are his last two efforts and he’ll be good once again. Averages 116 under the roof in his last 6 games and last week, Touk Miller (139) and Hall (108) were great against the Bombers.

Lachie Neale v GWS @ SPO – Scored 99 earlier this year on the Giants and only managed 105 and 91 in his last two games.

Tom Mitchell v Kangaroos @ Blundstone Arena – Four scores this year in the 60’s. Not captain material based on this heading into a Preliminary Final.