Round 14 was an incredibly sad weekend of footy but there were some cracking games and a handful of youngsters played well. With most coaches looking to make their last couple of upgrades, check out Jeppa’s recommendations on the rooks that will see you streak ahead. 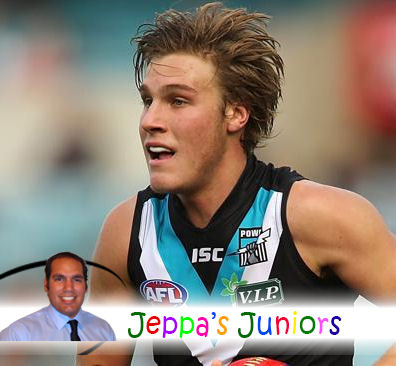 What a week. The sudden passing of a great man and coach, the return of the game’s best and a handful of teams put their hand up for this year’s premiership. The highs and lows of AFL have had an impact on us all this round and Fantasy football is just a minor detail.

No game between the Crows and Cats saw last minute changes to Fantasy and Dreamteam. Without being able to plan for a cancelled match, awarding the averages of Crows and Cats players named for the weekend was a fair outcome for coaches. If you didn’t have too many Adelaide or Geelong players, the top 18 approach adopted by Dreamteam would have had nice benefits.

Looking ahead, many of us are making the last of our big on field improvements and we are all keen on the new wave of rooks coming through to generate the cash!

Sam Colquhoun (Def. $279,000, 9 be AF. $248,100, -25 be DT) continued his ball winning ways with 15 kicks, 7 handballs, 8 marks and 84 Fantasy points against excellent opposition in Sydney at the SCG. Playing on a wing and behind the ball allows Colquhoun to get plenty of it and he’ll continue to score well with Collingwood, Adelaide, Essendon and St Kilda his next four opponents. I’m that impressed that I’ll be trading my D6, Oxley to him this week to generate some cash. Colquhoun’s teammate, Nathan Krakouer (Fwd/Mid. $279,000, 33 be AF. $260,500, -1 be DT) continues to make me look bad. I traded out the skillful defender after he was banished back to the rookie list in Round 10 and he has since returned to the seniors on fire. Krakouer was one of Port’s best in the game against Sydney amassing 18 possessions, 5 marks, 2 tackles, 2 goals and 85 Fantasy points. He’s sticking around so if you held him, well done.

Brendon Ah Chee (Mid. $158,000, -13 be AF. $169,600, -21 be DT) was vestless and played the best game of his short career as a result. As an inside mid, he’s not shy to get amongst the rough stuff and he finished with 11 kicks, 8 handballs, 3 marks, 3 tackles, 1 goal and 74 Fantasy points. Ah Chee played well enough to avoid the vest this week but you never guarantee it these days. A risky pick but when there aint that many cheap options available, he could be worth the punt.

If I haven’t categorised a player from Round 14 under ‘Keepers’ or ‘Don’t Panic’ then trade them out as soon as you can but when appropriate.

We are very lucky to have Jack Steele (Fwd/Mid. $272,000, 17 be AF. $117,900, -88 be DT) as a dual position forward / mid. The role he is playing at the Giants is an important one, through the guts with rests up forward. Steele was far from amazing on the weekend but still managed to score a reasonable 63 Fantasy points and he probably would have done better if it wasn’t for Maric’s forearm making heavy contact to his head in the third quarter. In his two games this season, Steele has proven that he’s a player with his toughness, tackling pressure, clean ball skills and I reckon he’s in the best 22 at the Giants especially with Griffen moving to half back. If you don’t have Steele in Dreamteam, trade him in this week! At $272,000, you can live without him in Fantasy.

Zac Jones (Def. $148,000, 13 be AF. $156,600, 17 be DT) held his spot after last week’s debacle and did a reasonable job against the Power. Playing at halfback, the nuggetty defender used the ball well and he won his fair share of contested ball. Scoring 50 Fantasy points is respectable and I’m forecasting a bit of improvement out of him with every game he plays. A viable D7 / D8 option given he’ll likely average 60 with no vests. No Gary Rohan for a month aids his job security that little bit more too.

Caleb Daniel (Fwd. $168,000, 14 be AF. $117,900 DT) became a cult figure for Bulldog supporters on debut. The pocket dynamo started in green but came on at the start of the third and managed 14 possessions, 5 marks, 1 goal and 54 Fantasy points in half a game. Watching him closely, his work rate, ability to read the play, decision-making and skills are all impressive. No doubt, Daniel is a vest risk going forward however, short term I think he is a good option given his price. The kid can play and if you do trade him in, make sure it is as a F7 / F8.

I liked the look of Brayden Maynard (Def/Mid. $203,000, 25 be AF. $117,900 DT). In such a big game, he was hard at the footy, applied plenty of pressure on the opposition and was good with his second and third efforts. At the final siren his stat line read 7 kicks, 4 handballs, 2 marks, 6 tackles and 56 Fantasy points. Buckley would have been happy with his performance but at $205,000 in Fantasy, you’d want to see what he produces from another game before jumping on. In saying that, cheap options are limited in Dreamteam especially if you jumped on Steele early and a dual position Maynard is a reasonable option. My advice is to hold fire on Maynard though…Seedsman, Clinton Young and even Scharenberg are pushing hard for his spot.

Toby Nankervis (Ruc. $134,000, 2 be AF. $124,600 DT) came in for the suspended Kurt Tippett and did his job. The ruckman started at full forward, pinch hitting on the ball when Mike Pyke needed a rest. He finished with 10 touches, 3 marks, 6 hitouts, 2 tackles, 1 goal and 54 Fantasy points but he wasn’t good enough to hold his spot. Tom Downie (Ruc. $133,000, 3 be AF. $124,600 DT) kept Maric honest but failed to have an impact worthy for Fantasy coaches. Playing as the Giants number one ruckman, he finished with just 7 touches, 3 marks, 21 hitouts, 2 tackles and 52 Fantasy points. I suspect Downie will hold his spot this week but with a better tap ruckman in Andrew Phillips breathing down his neck, he is a risky pick.

Anyone call for a big bodied midfielder? Jared Jansen (Mid. $123,000, 23 be AF. $124,600 DT) stands at 192cm, weighs in at 92 kilos and would be a very handy addition to Geelong’s 22 in my opinion. With the Cats injury list growing I’m hoping they turn to their youth and Jansen has been one of their better VFL performers in recent times. He’s a big tackler and should average 60 per game without a vest. Cheap as chips!

A ‘junior’ from a couple of years ago, Nick Kommer (Fwd. $207,000, 38 be AF. $147,700 DT) is available to us at rookie prices again after a lingering knee problem saw him miss the entire 2014 season. The defensive forward is one of Hird’s favourites and I suspect he’ll be named in the seniors very soon after stringing together three VFL games. Kommer won’t be a big scorer by any stretch but his job security will be decent assuming he can stay injury free.

I mentioned Matt Scharenberg (Def. $182,000, 33 be AF. $124,600 DT) last week and whispers are that he is firming strongly for Thursday night versus Port. After a couple of losses, the Pies are coming off a six-day break and Scharenberg is in ripping VFL form. Put him on your watchlist.