The ship just pulled onto the shore and a pirate has stepped off. He’s off the rum this week so check it out! 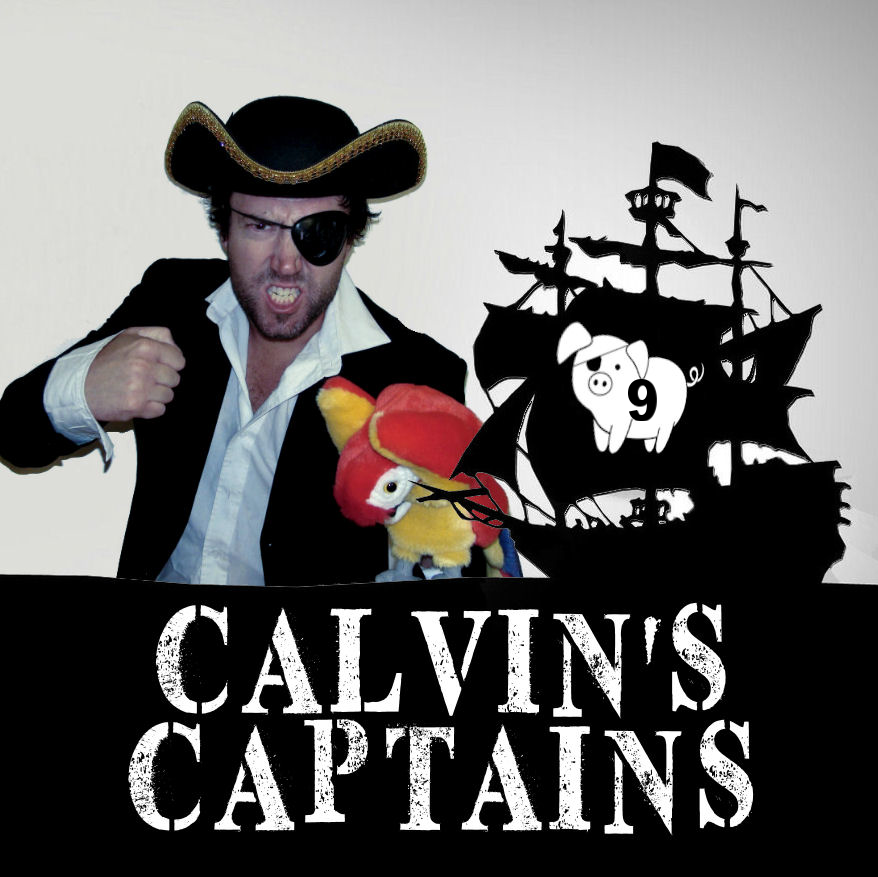 I like Steve Johnson in round nine because of the history he has against the Eagles. I hate his form that has seen him have just 1×100+ score this year, but like him because he has scored 168, 143 and 134 on the Eagles in his last 3, you won’t find much better than that.

I like Michael Barlow in round nine because Adelaide are one of his favourite teams to score on as he averages 111 against them over his career 8 games, with 6×100+ scores. He had 124 last week and 109 on the Crows last year. The jet is back!

I like David Armitage in round nine because he hasn’t put a foot wrong this year. He’s dropped off a little but still has 7×100+ scores straight. Jack Steven had 166 last week and is now the #1 ranked player over the last 3 weeks with a pig like average of 135. He has 0x100+ scores on the Lions in his last 3, but based on his form, he’ll break that trend this week.

Finally, I like Lance Franklin in round nine because the Swans will thump Carlton and Buddy is destined to kick a massive bag. Yeah he was terrible last week for 46, but he had 114 against them last year and will be better than that this week for sure.

Play Moneyball this weekend in DT Talk’s Friday Fever and Sunday Funday leagues for a shot at $1.8K in each… and join in the massive 500 man contest, Saturday Slam for a chance at $4.5K.

A little graphic… yes. But let’s get this clear. The Hawks will slaughter the Suns this week and the Fantasy points will be flowing.

Add to this the fact the game is at Aurora Stadium, one of the most Fantasy friendly venues in Australia and you are now seeing my point.

Jordan Lewis has scored 120, 119 and 122 in his last 3 games against the Suns and has already scored 152 at Aurora earlier this year to now average 119 there in his last 5. He managed an effortless 116 last week, his lowest score for the year and is still averaging 121 in his last 3. Luke Hodge is just as good with scores of 122 and 127 in his last 2 against the Suns.

It’s simple my friends, I’m expecting near 300 points between this pair this week, so make sure you have them ready to go.

HOT TIP FOR MONEYBALL’S SATURDAY SLAM: Get in a few Hawks!

There are a few taggers at the moment getting the job done on some of our Fantasy stars.

Carlton use several taggers (Curnow & Armfield) one will go to Dan Hannebery leaving either Luke Parker or Josh Kennedy to run a muck.

Dyson Heppell is nearly a sure thing to get Grigg hanging off him this week. He’s been solid this year shutting down several players and will go to Heppell or Jobe Watson this week.

Heppell has only managed 1×100+ score in the last month with two scores under 90. He had 129 and 82 on the Tigers last year and is just too risky to even consider that the moment.

Bernie Vince can be a nasty tagger on his day, so who will he stalk? Boak? Ebert or our favourite Robbie Gray? Over the last three weeks, Gray ranks 7th overall on average and has been unreal since returning from his calf injury. He scored 100 and 91 on the Demons last year and will tear them up again… if he gets free.

Dayne Beams is first in line to cop a tag from Mav Weller this week after score of 126, 119 and 113 on the Saints.  Tom Rockliff should therefore be safe and continue to light up the Fantasy scoreboard. He scored 125 last week, his first 100+ score for the year. The concerning thing here is, he was tagged by Curren last year and was held to just 76, with just 17 touches, his worst output in 2014. Gaff (115pts,33d) and Priddis (114pts, 32d) were solid last week against the Saints and I think our pig will be safe now with Beams there and should pump out another 120+ this week.

Anthony Miles v Essendon – Averaging 110 in his last 3. Getting it done quietly.

Patrick Dangerfield v Fremantle – 0x100+ in last 3 against Freo, but no Crowley this week.