We are into the Pyrenees. That’s the equivalent of passing under the 5km to go banner. Let’s talk about strategy for the last handful of stages … 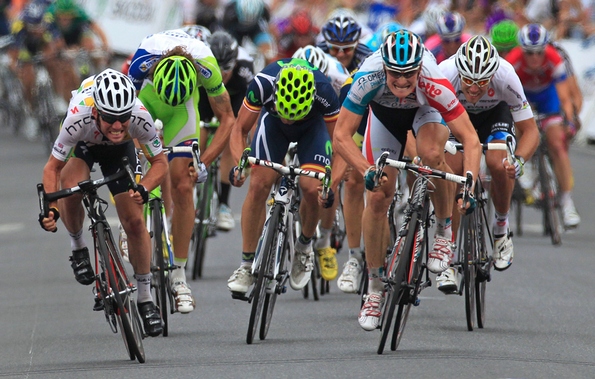 The finish is Stage 21 into Paris on Sunday evening; it will be late into Monday morning Australian time.

Planning your team and strategy every day and making trades before the evening deadline is demanding.  But that is the life of a fantasy Directeur Sportif.  I like the immediate feedback you get from putting your team out there every night.  When you have a bad stage, you don’t have any time to get annoyed because you have to adjust your team and plan for the next night immediately.

With 2 more stages in the Pyrenees to go, we all should have teams focusing on climbers right now.  In fact 40% of the KOM points available for the whole race are up for grabs in these 2 monster stages.

The remaining stages are –

Team and trade strategy will be very important, particularly over the last 3 stages.  The biggest issue is the Time Trial.  Take it from me sprinters are the worst time triallers, and even worse when they have had 3 days in the mountains and are saving themselves for the prestige final stage into Paris.

The situation isn’t so bad in the road.cc game with 2 trades per day.  If there are no crashes in the mountains we should be able to save a few trades from stages 17 and 18 and the use them in the final 3 stages.

It would have been a bit easier if Froome and Contador were still in the race as they are both excellent time triallers.  But ‘if onlys’ will not win us this bike race.

I expect many coaches will go down the high risk path of buying extra trades to get a little bit of extra advantage.  But beyond a couple of obvious candidates (e.g. Tony Martin) picking time triallers in good enough shape to finish top 10 will be tricky I think.

The final set of stages will be a lot harder in the SBS game because of limited trades.  Coaches received 8 trades before Stage 15, and these are to last until the end of the race.  I expect many coaches will have already used a few of these trades to get sprinters for stage 15 and then climbers for stages 16 to 18.

The SBS game has another couple of ‘features’ that don’t help the situation.

Ideally SBS game coaches should be saving some trades and aiming to use them to maximise their scores on the higher scoring stages and in their bonus stages.  But it isn’t that easy when you only have 8 to start with.

I’m happy my bonus stage has gone already.  Many SBS game coaches are going to find the last 4 stages ‘devilish’ to get though ….  Their teams may go ‘hunger flat’ when they have used up all their trades.

Road.cc  In the road.cc game the DTTalk ProCycling League is going pretty well.  We have 5 coaches in the top 200.  Tiltraise is best placed at number 14.  I am fluctuating around the 100 mark but hoping to string a few good stages together to bring it home.

SBS Game  I am also just outside the top 100 in the SBS game.  However, I am not sure I will be able to hold this position as so many coaches still have their bonus double score stage to come.  I might get lucky as they might not have enough trades to exploit their bonus.

Ultimate Cycling Challenge  Happily for me I hold a slight lead of about 170 points with the last 5 stages to go.  Although that is nowhere near enough to start celebrating yet.   The current podium positions are:

This is the first time I have played it.  I think they have added too many extra things that as a group don’t add anything to game play – e.g. bonus stage, team scoring, different stage scoring and different scoring for jersey taking versus keeping.  If the game requires players to manage their team every day as it is, the game mechanics themselves should be as simple as possible.  It is more than enough challenge just to work out how each stage will play out every day.

The SBS website seems very buggy and or confusing.  Stats change depending on whether a rider is in your team or not.  I don’t know anyone who has got their leagues to work and accept new people.  After an initial flurry of talk about it on twitter as the Tour started everyone seems to have lost interest in it.  Also I’m sure I should have a Points King Trophy for Sagan – not that I care, but it is a sign of the bugs in the site.

The SBS site also lists the top 20 teams and how much cash and trades they have on hand.  Disclosing this type of information is very unusual in fantasy sports, and usually considered unethical (if you are interested in fair gameplay).

I sent a help request and just got an automated answer on another topic.  So the website isn’t supported very well if people have issues.

It looks to me like a branding and marketing exercise for SBS and Tour Downunder.  But once they have you going to the site, they aren’t very interested in providing a good game experience.

If you have any questions or comments post below or hit me up on @NixTrader.  Follow me to keep up with the latest fantasy cycling info.

This article will be open till the end of the race.  So you can continue to post comments below.

To reward those who keep coming back and checking to the end I will continue to add statistics and rider analysis tables to assist you with your crucial last trades.  Make sure you bookmark or favourite the link to this article and keep checking back.  There will be fantasy gold in this treasure chest.

First up, a ranking of the best time triallers who started in the Tour.

The data table is from the excellent ProCyclingStats.com site.  The points listed are from PCS own ranking system based on ITT performance in the last 365 days.

Did you pick the right team in SBS Game?

Should you trade your team out and get a better performing team?  No way.  Trades are too scarce to waste here, you will get more points using trades to bring in better riders for appropriate stages.

Road.cc Game – Who are the best fantasy climbers?

The table below lists the fantasy points for all the best performing riders in the 8 high mountain stages, including summit finishes.  The columns on the right are as follows:

The names of best performing fantasy riders overall on mountain stages are highlighted in blue in the left column.  Some of the most expensive options (Valverde, Kwiatkowski, Rodriguez, Roche, Porte) were disappointing.  But several lower value options (Pinot, Peraud, De Marchi) performed well.

SBS Game – Who were the best on High Mountain Stages?

The table below shows a similar table for riders in the SBS game – i.e. the best performing riders in the 8 high mountain stages, including summit finishes.  The columns on the right are as follows:

The names of best performing fantasy riders overall on mountain stages are highlighted in blue in the left column.  This list has a few different names as the best riders, partly because of different pricing, but mostly because the SBS game is focused on finishing position, and not on what occurs during the race.  So regular breakaway riders like Voeckler and DeMarchi aren’t rewarded much in the SBS game.  Conversely wheel suckers who can stay till the end like Schleck, Mollema and Valverde score better in the SBS game.

Majka’s price was very different in the 2 games, being among the most expensive climbers in the road.cc game, but in the cheapest category in the SBS game.  The games also priced Bardet and Pinot in different orders.

Road.cc game – who are the best fantasy riders for flat stages?

The table below lists the fantasy points for all the best performing riders in the 9 flat and medium mountain stages.  The columns on the right are as described above for mountain stages in the road.cc game.

The names of best performing fantasy riders overall on flat stages are highlighted in blue in the left column.  Despite his high cost and not winning a stage, Sagan was the best fantasy performer on these stages.  Kittel started well, but Sagan, Kristoff, Coquard and Renshaw were the best performers over the whole race.  Coquard, Renshaw and Navardauskas were the best of the cheaper riders.  Haussler was doing well for a cheap rider until he withdrew from the race.

SBS Game – who are the best riders on flat stages

The table below shows a similar table for riders in the SBS game – i.e. the best performing riders in the 9 flatter stages.  The columns on the right are as described for the SBS Mountain stage table above.

The names of best performing fantasy riders overall on mountain stages are highlighted in blue in the left column.  The best performing riders are Sagan and Kristoff, with Kittel also doing well in the first few stages.  Several cheaper riders have also done well for their owners – e.g. Coquard, Navardauskas, S.Dumoulin and Renshaw.