This week we have 4 new players potentially playing at the rock bottom price of just $1. Picking these guys up in your team is vital. Check out the work of Calvin as he goes into some detail looking at these options heading in Rd. 18. 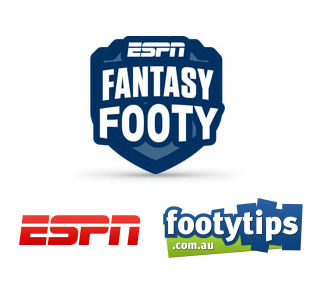 It’s round 18 and we are running out of time to dump some ‘older’ rookies to make some cash so we are able to upgrade players to some premium guns. This week we have a few guys coming through that you can pick up in your team for the cheap price of just $1.

Brody Grundy (Collingwood) He’s listed as a Ruck and is a monster at 202cm tall. He was a the stand-out ruckman at the U/18 Championships in 2012 averaging 92pts a game. Grundy also had a decent pre-season with the Pies. He was picked #12 in the 2012 draft and although he may only play 1/2 games he’s a handy guy to get in this week for a guy like Blicavs who is out.

Kyle Hartigan (Adelaide) Is a defender who came to the Crows as a 21yr old lad from Werribee in the VFL. He’s a big 194cm key defender who can play as a solid and reliable fullback. He played in representative game with the VFL against Tassie last year and will play this week… but he’s score won’t be great.

Xavier Richards (Sydney) is listed on an extended bench this week along with his team mate Shane Biggs (Sydney). Richards, the younger brother of Ted,  has already played one game for the Swan but only scored 3pts after coming on late in the game as a sub. He’s a defender/forward and still come in at the bargain price of just $1. Biggs can be picked up as a midfielder and plays his first game for 2012 (if he makes the final cut). He’s an outsider mid who played in the NEAFL last year and came to the Swans as a mature aged 21 year old. He played 11 games in the NEAFL last year and collected over 19d in all but 1 game. He can find the ball and should score reasonably well if he gets a chance.

Andrew Swallow has been in poor form but had a massive 160 on Melbourne last year!

Joel Selwood is in some mega form averaging 129 in his last 3 this year.

Steve Johnson hasn’t scored over 100 against the Saints in his last 5 games against them.

Gary Ablett has previous scores of 89 and 96 on the Blues due to a tough tag from Carrazzo.

Righteo, thanks for being involved in this great variation of our favourite game and all the best for the up and coming round.