Golden Stubby Nominations are in! Who deserves it this week? O’Meara, Hartlett, Riewoldt, Johnson or Mayes? 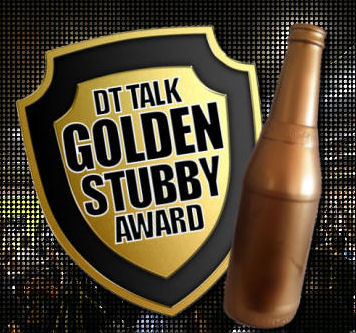 Scott Selwood – 136 – Starting to pay the patient coaches who’ve held him after his poor start back. Another massive effort against Port saw his add another 136 to his total.

Tom Rockliff – 125 – At this stage we can pretty much guarantee 2 or 3 players will feature in this article each week after playing Melbourne. Rocky is another player who is owned by so many that his scores can be taken for granted, got to be happy he’s pumping all our scores up thought!

Gary Ablett Jnr – 131 – GAJ is usually a class about most of his opposition, but this week against GWS he was head and shoulders above everyone. GWS were hoping Bugg would come on and quell his influence… no such luck.

Dale Edwick – 3 –  Actually got a few nominations for this guy! Get’s a vital 3 points for his one kick in the goal square against Richmond…

Jaeger O’Meara – 115 – Part of the midfield rookie rotation coaches are choosing each week, JOM did not disappoint against GWS, teaming up with GAJ and obviously learning a lot. Absolutely everywhere against GWS and even sneaking forward for a few goals adds a handing 115 to our weekly total.

Hamish Hartlett – 116 – Hartlett led from the front in Ports win and was the major influence on Ports comeback. Always itching to get on to his racking kick means his kick to handball ratio is very favourable. This week he had 18 kicks compared to 5 handballs.

Nick Riewoldt – 149 – After many coaches dumped St Nick after he perceived easy start being over, NRoo turned back the clock and found some vintage form, showing off our game for the New Zealanders. Fantastic return and reward for the loyal coaches.

Steve Johnson – 141 – Stevie J is known as a flat track bully for many, so no surprises at all he came out and decimated the Bulldogs early on his own. Facing his first price rise after this week saw him impressively debut for many coaches.

Sam Mayes – 111 – Mayes or Evans? Mayes or Evans? This was the most asked question this week. Congratulations if you went with Mayes and even more so if you played him on field. This kid has a silky touch and is very impressive so hopefully Voss wont drop him any time soon.

Cast your vote below for the player most deserving of this rounds Golden Stubby.

The Sunday Knee-Jerk – Round 5
Calvinator and buying trades in ESPN Footytips.com.au Fantasy