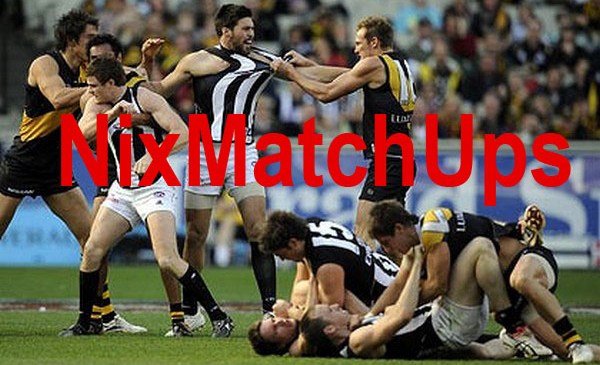 Here is preliminary final version of  NixMatchUps.  After a soft launch last week I’m very happy with how this is going.  Nobody reported any problems.

I’ve had a bit more time this week so I’ve improved the Instructions tab, so there is bit more documentation in this version.

I’ve also added a new Selection tab.  This includes information to help finalise Selections and field placements for your side:

Last round was a good one to see the benefits of using the NixMatchUps spreadsheet.  With late withdrawals effecting the last game of the round, the scores on the DreamTeam site were wrong for many teams all weekend, and for quite a while after the round had finished.  Whereas it was easy to swap a few players in the spreadsheet and have correct scores and forecasts for all your matches at the same time.

I like using it.  I get a much better feel for which if my players has to beat which of the opposition players for me to win.

The file is an excel 2007 spreadsheet.  Be aware that the file includes sorting macros.  So it might trigger some concern from your virus checker or corporate firewall.

Good luck for the finals,