PODCAST: Pre-season is underway as Roy, Calvin and Warnie look at each move of the trade period. 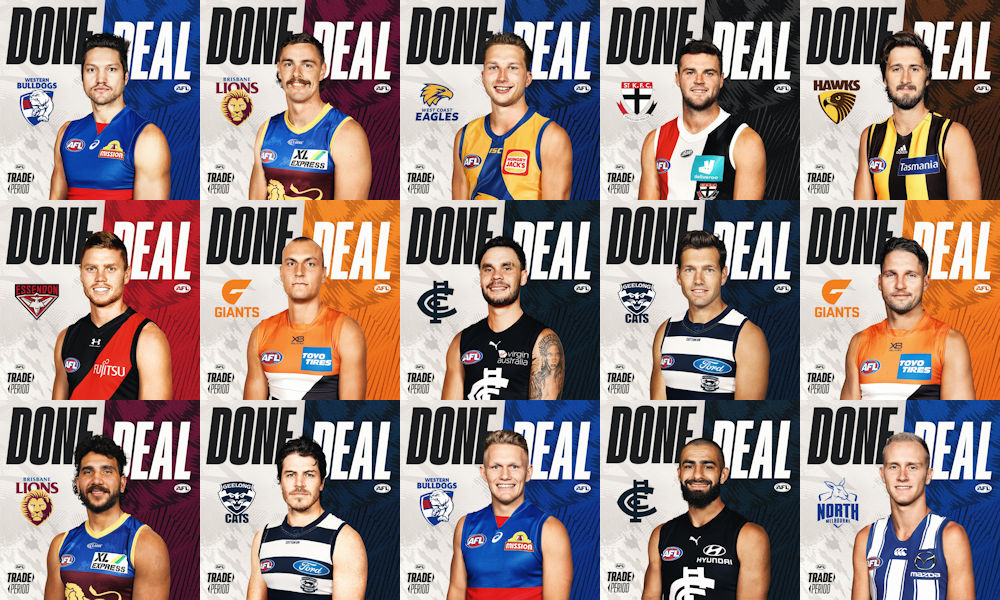 Dust off the notepad, it’s time to start our pre-season training for the 2021 AFL Fantasy season. The Traders jump into the studio and catch up over a beer to chat through every move of the trade period and the Fantasy implications. Not just on the player traded, but the impact the moves make on others.

1:00 – Roy went full nuffie during the trade period with his love for the Blues.

7:30 – Will Zac Williams get the midfield time that he has been promised?

14:00 – Where does Brad Crouch go in Fantasy Draft considering he is suspended for the first two games.

25:45 – Roy thinks Lachie Fogarty could get some midfield time… Warnie and Calvin aren’t so sure.

28:40 – How does Adam Saad change the make up of Carlton’s defence?

34:00 – Jack Higgins had epic Fantasy numbers as a kid, could he see a scoring bump at the Saints?

41:00 – Jaidyn Stevenson is underpriced by almost 20 points on previous output.

43:00 – After gaining FWD status last year, Tom Phillips could one of the most relevant from the traded players.

Click here to read the trade-by-trade Fantasy take thanks to Warnie.