PODCAST: There’s so much for Roy, Calvin and Warnie to unpack from round two. 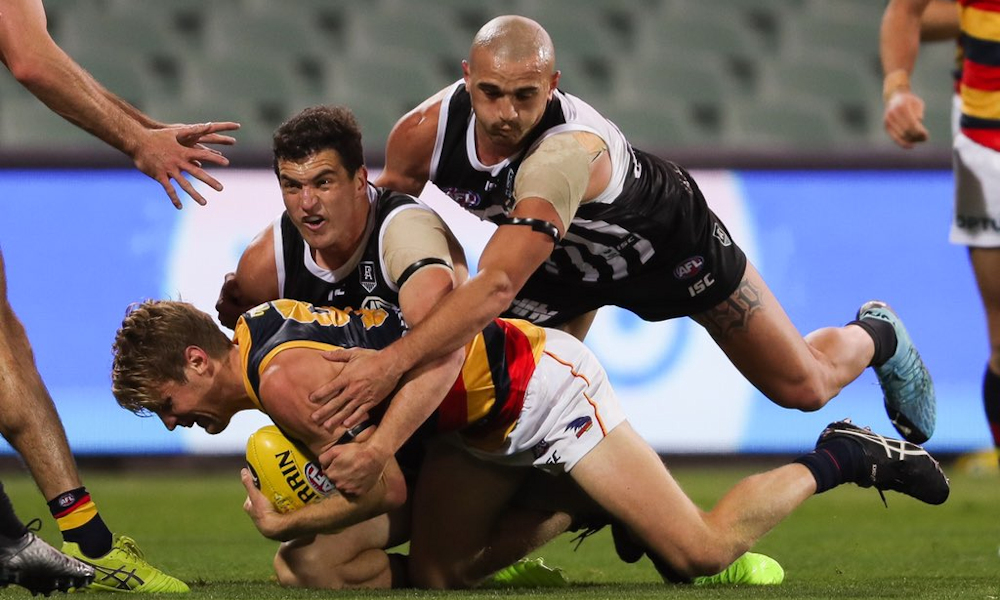 Footy was back in a big way and there was so much to take out of the return for Fantasy coaches. Roy, Calvin and Warnie discuss everything from Rocky’s massive milestone, Rowell’s odds of being the next pig in the pen, Roy’s updated rolling 22 after two rounds of Coronaball, your questions and the rage trades of the week.

9:00 – Where does Matt Rowell’s score rank against other players in their debut season?

22:00 – It’s important to monitor players’ time on ground this season.

45:00 – Which underperforming players should you stick with?

51:20 – Which Jake Lloyd should we expect for the rest of the season?

54:45 – Who should you pick: Joel Selwood or Callan Ward as a value midfielder?

58:30 – Have we missed the boat on Bailey Smith and Jeremy Howe?