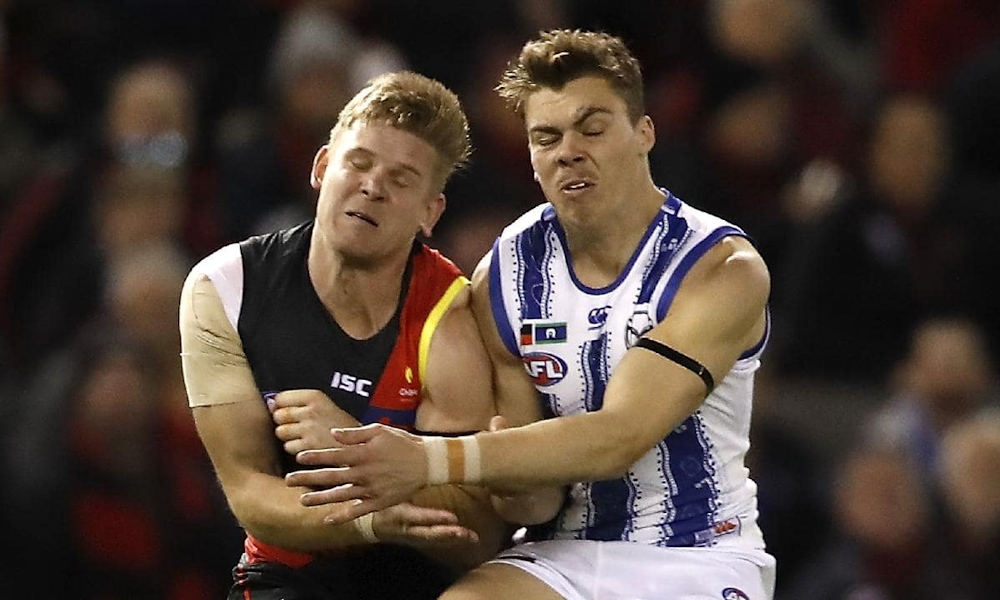 Since round ten, the Essendon Bombers have been one of the league’s most in-form teams, but it hasn’t come without a cost. A number of key players have suffered injuries in recent weeks, as the club pay the price for some brilliantly committed performances that have put the Bombers right in contention for a top-eight finish. Essendon’s win over North Melbourne was their third win in a row, all of them coming by ten points or less, highlighting the gruelling schedule this Bombers squad has been on.

Defender Michael Hurley, who has been a popular player with fantasy coaches this season, is the latest member of this squad to be struck down by injury, suffering a shoulder problem after colliding with North forward Cam Zurhaar in the second half of the five-point victory at Marvel Stadium. It’s not clear just how long the All Australian backman will be out of action for, but losing a player of Hurley’s stature as the club are hunting for a top-eight place will clearly be a blow.

Essendon have struggled to keep touch with the top eight for the majority of the season, only breaking into the upper half of the ladder in round seven. But while it had looked as though this would be another season that would end at the home-and-away stage, but as we enter the home straight the Bombers have their future in their own hands. They might be as long as 33/1 with the latest Aussie Rules betting odds to win the Grand Final, but if they reach the finals then you probably won’t want to completely rule out the Bombers.

There’s still a long way to go, though, and Essendon will have to do the rest of it without a number of crucial players. While captain Dyson Heppell missed the victory over North Melbourne, he does have a chance of returning before the end of the season. That won’t be the case for Joe Daniher and Dylan Smith, with the key forward out with a groin problem while the reigning Bombers’ best and fairest is sidelined with a knee injury. When you add Hurley to this list, it’s obvious Essendon are playing with one hand tied behind their back at the moment.

One of the positives of all these injuries has been the opportunities it has handed to other players. Zac Clarke and Dylan Clarke are two of those who have established themselves as more than capable replacements. Ruckman Zac has been impressive in his first season at the club, while Dylan continues to catch the eye in the middle of the park. The squad has certainly been tested to the limits, and for the time being, has held up extremely well.

With so many tough games coming up, and with things so tight in the battle for a top-eight place, the Bombers will be under no illusions that their recent run of wins will count for little if they don’t maintain their form over the next stretch of games.

More in Injuries and Suspensions