With thanks to DFS Australia, Warnie puts together a team based on the numbers from the JLT Series. 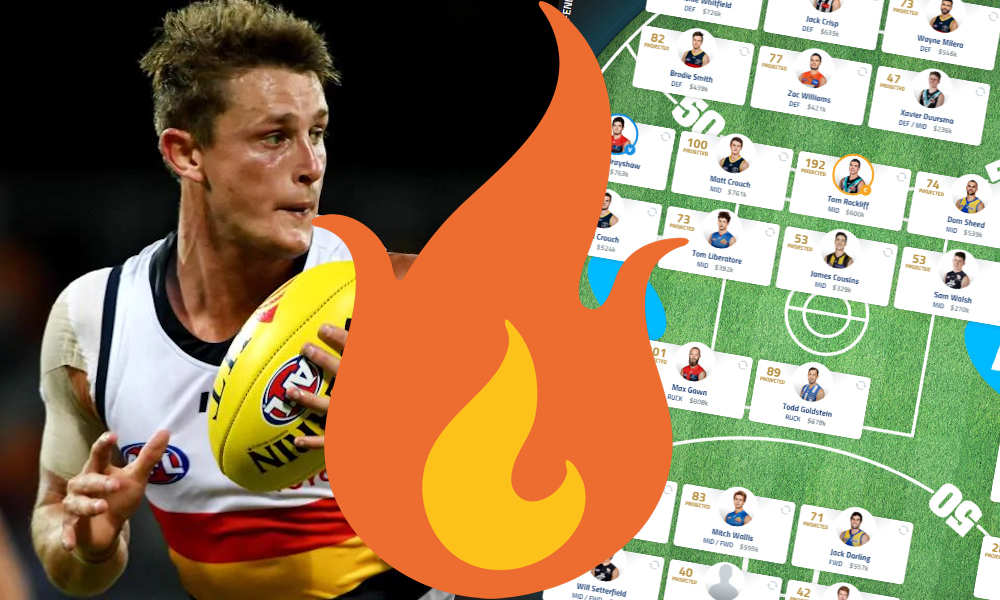 The second weekend of the JLT series is completed with plenty of numbers floating around to get us excited … and stuffing up our teams. Remember, #StayStrongJLT.

With thanks to our mate Morts at www.dailyfantasysportsaustralia.com, we have some interesting tables with data from the last few days. Make sure you follow @DFSAustralia on Twitter for more information as the JLT continues and throughout the season proper.

Best 25 points per minute of the JLT Series

Pulling the data of the best value players, top scores from the two weeks and points per TOG, I’ve put together a team that follows a structure that a coach may employ for this year.

There were no hard and fast rules in putting this team together. Some of the thinking revolves around players who performed well in both games or had a beast score in one of them. They may not have even scored massively, but they could have been on track to (ie. Zac Williams… even if he is probably lucky to make this as he played half a game, but hey, this is me picking this). The other thing is that you can’t have them all. So many different options could have been stacked through the midfield for one reason or another.

Most of the rookies are a chance to pay round one – and this was thinking around who got where on the ground (Matthew Parker looks a more likely option to play round one over the bench guys). We’ll have some things to think about with Fry’s Cash Cows that will be coming to DT Talk in the next few days. Stay tuned for that!

This team would have racked up 2654 by taking the best scores from the two rounds – a nice bump due to Rocky being captain in JLT2! Balta’s score would have been taken over Parker’s just to make it bigger. The team has $92k in the bank.