Ben suggests selecting a F2/F3 who is consistent, durable and possibly 10 points underpriced. 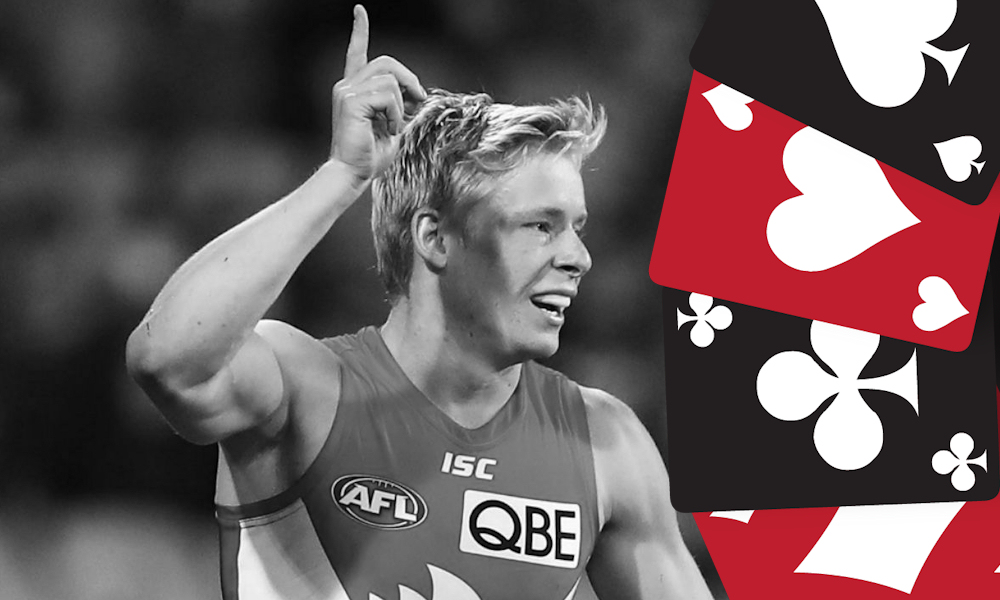 Looking at his role, Heeney has played a mixture of midfield and a medium-forward type role. With the inclusion of Menzel and the emergence of other forwards such as Ronke and Papley, it forces Heeney into a more permanent midfield role. Having a look at the Swans potential best 22, Sinclair/Naismith rucking to Parker, Heeney and Kennedy with Clarke and Florent on the wings looks pretty likely, and would favour Heeney in terms of his fantasy output. In games where he got 25+ disposals, he averaged 106. Given he has the role I predict, that’s very encouraging signs being available as a FWD/MID.

Whilst Heeney’s overall scores may look pretty consistent, his in-game scoring certainly wasn’t and left some coaches stunned either mid or post-match. At half time, he could be on 20 or 80, and would still finish the game near 100. It was like he switched off when he got a decent score. In round 1, he was on 90 points at 3 quarter time, looking at a nice 120+ score to start the year…but didn’t even reach 100. Then a week later, he was on 4 at quarter time and 29 at the half, but finished on 88. This may not concern you if you don’t check the scores every 20 seconds, but for most coaches this is a bit of a turn-off.

Another issue with Heeney is that he may not be a 100+ averaging type player. He will no doubt have an impact on the game, but isn’t much of an accumulator like Devon Smith with his tackles, or Patrick Dangerfield with his disposals. But as I’ve said a few times, hopefully a more permanent midfield position will be available and allow him to get more disposals and tackles (etc).

QUEEN – The options in the forward line aren’t as rich as those in the midfield or defence, and Heeney is a really viable selection, preferably at F2/3. He is consistent, durable and possibly 10 points underpriced due to the 18 he scored when he got concussed, and the follow on affects from that. If we see a more permanent midfield role in the JLT, he is certainly one to consider. I can see why you would got someone like Smith, Dunkley or Wingard over him, but if he improves his ceiling early in the year, no doubt he will be an upgrade target later in the year.