Chad has an early version of his popular team builder site ready for next season. 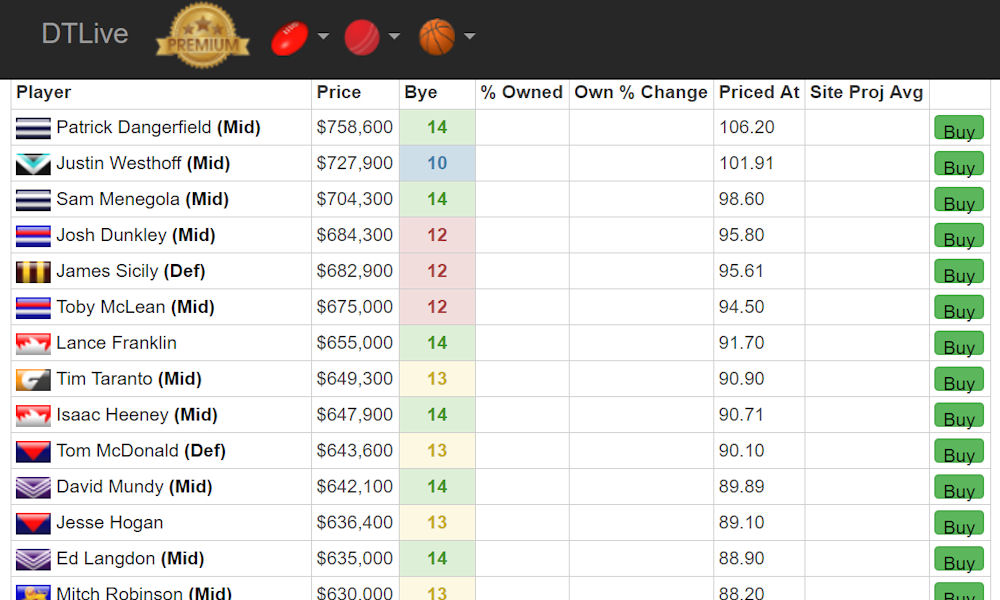 While we are waiting for AFL Fantasy Classic to open in January, our friend Chad at www.dtlive.com.au has got the 2019 version of his popular team picker, the Drawing Board, opened for coaches to start building their teams.

Chad has crunched the numbers and got a version up that takes in A quick recap on how prices are calculated.

Click here to start picking your AFL Fantasy Classic team for 2019 over at Chad’s dtlive.com.au