The Essendon Bombers will be bolstered by the return of a number of important players ahead of a crucial part of the season. 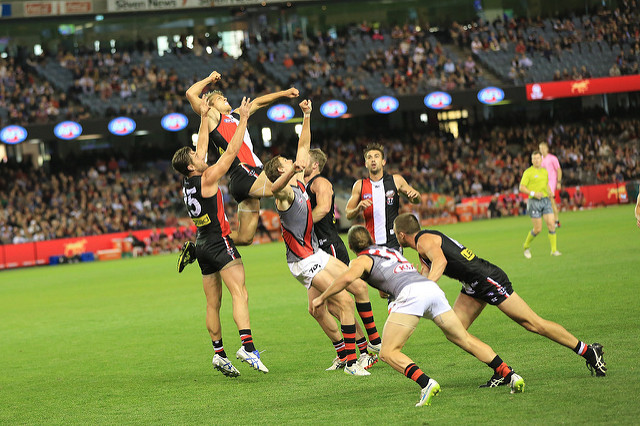 The Essendon Bombers will be bolstered by the return of a number of important players ahead of a crucial part of the season. Following a dismal first half of the campaign, the Bombers have enjoyed an incredible run of form in recent months, putting themselves in contention to reach the AFL finals despite at one point of the year being 2-6 after eight games. Now, with only a handful of regular season games remaining, the Bombers know one final push would be enough to see them secure a top-eight finish.

The return of a number of key players will certainly help their cause, with Orazio Fantasia and David Zaharakis set to return to the side with injuries. While Fantasia has spent two weeks sidelined with a groin problem following a best-on-ground performance against North Melbourne in Essendon’s round 15 victory, Zaharakis has been out of action for six weeks due to shoulder surgery. In another spot of good news, running defender Adam Saad is also expected to return to the side after a slight hamstring issue.

Since making the move from the Gold Coast at the end of last season, Saad has already established himself as a key member of this Essendon team. The halfback has wasted little time in making his mark at his new club, and having him fully fit during the remainder of the campaign could be essential to the Bombers’ hopes of not only reaching the finals but then going on to have an impact in them. Saad is capable of making the whole team tick and his form has been an important part of why Essendon have enjoyed such a strong run of form during the second half of the year.

There were high hopes for Essendon at the beginning of the season and a top-eight finish has been the target for the club throughout the campaign – although it was something that didn’t look very likely after the opening eight rounds of games. Having signed Devon Smith, Jake Stringer and Saad in a bid to secure a place in the finals, things looked pretty bleak for a large chunk of the season. After finding their feet and their form, though, the Bombers have put themselves in a strong position to squeeze into that top eight, currently 15/2 with the latest AFL betting odds to reach the finals.

What Essendon can’t afford to do is pick up another defeat over the next weeks. If they do, all their hard work could come to nothing. Having put themselves back into contention, the battle for John Worsfold’s men will be to maintain their form during a tough few weeks where they will come up against a number of teams in and around them in the AFL ladder. With a number of important players nearing full fitness again, the Bombers may well be one of the teams to watch over the next few weeks, and you couldn’t say with any certainty they couldn’t surprise a few people in the finals themselves. ​